Now in its New York premiere at Vineyard Theatre, Good Grief considers the personal perspective of one first-generation Nigerian-American girl coming to terms with the universal issues of love, loss, identity, and maturation. Playwright Ngozi Anyanwu, who stars as the young protagonist, employs a creative non-linear structure that combines episodes of everyday realism interspersed with flooding abstract thoughts, dreamlike episodes of surreal fantasy, and sometimes hazy recollections of her interactions and relationships with the key people in her life. The result is a fragmented tapestry of memory play, mood piece, and coming-of-age story, interwoven with references to Greek mythology, Existentialist philosophy, poetry, and the African tradition of storytelling, all used to elucidate her developmental journey on the path to understanding, resolution, and adulthood.

The daughter of immigrant parents in Bucks County, Pennsylvania, Nkechi (whose friends call her “N” because they can’t pronounce her name) has taken a leave from medical school to question who she is and what she wants to be, following the sudden accidental death of MJ (the empathetic Ian Quinlan), her beloved best friend, confidant, and soulmate since childhood. As she remembers, recounts, re-envisions, and re-enacts (along with the supporting cast of characters) pivotal scenes from her past, she is ever aware of the need to consider “what really happened.” So she openly rethinks, self-edits, and interjects direct-address comments to the audience (in what evokes an intimate semi-autobiographical reflection by a budding writer), to get the story straight in her mind, to honor her promise to MJ to remember him if he died, to find his eternal place in the cosmos, and to move from the devastating trauma of losing him to the titular “good grief” of having known him.

Among N’s character-defining reminiscences are the conflicts with her immigrant parents (the spirited Oberon K.A. Adjepong and Patrice Johnson Chevannes) about forsaking their aspirations for her future in her lingering sorrow over MJ; lovingly criticizing her “Bro” for his street-talking hip-hop persona (a standout portrayal by Nnamdi Asomugha); her first sexual experience with school crush JD (played by Hunter Parrish); getting the news of MJ’s fatal accident from a neighbor and imagining the conversation she should have had with his mother at the funeral (Lisa Ramirez in the dual roles). But above all are the heart-to-heart talks she shared with MJ, the growing pains they endured together, and the support they could count on from each other. Though the central theme is tragic, the scenes are often humorous (there is an especially charming bit with N and MJ as children playing video games), and the emotions and occurrences are generally relatable.

A minimalist bi-level metalwork set with sliding punctured panels and a multi-use platform (scenic design by Jason Ardizzone-West) indicates the shifting locations of N’s memories, and fluorescent bulbs and white lights aimed directly at the audience signal transitions from her flashbacks to moments of enlightenment (lighting by Oona Curley). While functional, the design doesn’t match the beauty of the more transportive passages of Anyanwu’s writing, nor does the cautiously awkward execution of the fight choreography (fight direction by UncleDave’s Fight House). And under the direction of Awoye Timpo (with whom Anyanwu also worked on her sold-out premiere of The Homecoming Queen at Atlantic Theatre), the cast’s delivery is sometimes stilted and the scene breaks often lack fluidity, making the characters’ feelings and motivations seem forced and unnatural. But the emotional and psychological sensitivity of the playwright’s observations are supported by an impactful sound design by Daniel Kluger and original music by Joy Ike.

Despite some inconsistencies I found with the current production, Good Grief’s focus on the human complexities of dealing with the devastating loss of a loved one and finding purpose in life is given intelligent artistic expression by Ngozi Anyanwu in her affecting debut at the Vineyard. She is one emerging playwright to watch and a new voice to be heard. 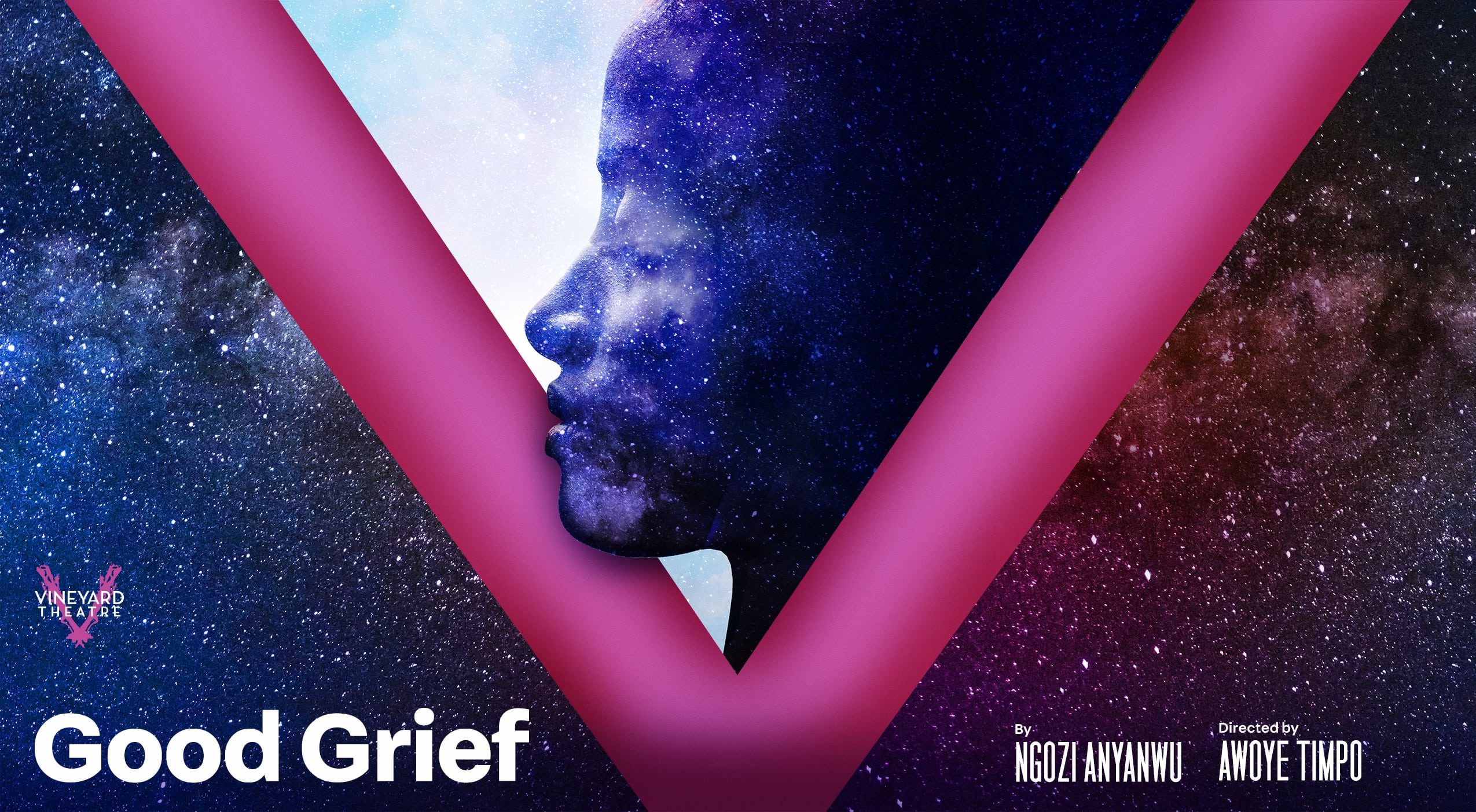