Making its New York premiere in the Clurman Theatre at Theatre Row, Keen Company’s resonant production of Surely Goodness and Mercy by playwright Chisa Hutchinson is an uplifting present-day parable about the triumph of human kindness and generosity in a harsh world filled with challenges and pain. Incisively written, potently directed by Jessi D. Hill, and impeccably delivered by a superb cast of five, it is poignant and funny, heartwarming and heartrending, engaging and relevant, and thoroughly compelling in its reminder to “Do unto others as you would have them do unto you.”

Set in an underfunded school district in Newark, NJ, the narrative – revealed in a sequence of brief snippets, facilitated by Lee Savage’s multi-platform set design and Devorah Kengmana’s focused lighting – revolves around the struggles and achievements of the twelve-year-old protagonist Tino, a sixth-grader with a photographic memory and a new-found devotion to the inspirational lessons of the Christian church and the Bible. Despite his hard life (the violent death of his mother; the savage abuse he suffers from his aunt Alneesa, with whom he lives; the bullying he endures at school; and the appalling lack of support he receives from his teacher and principal), he is smart, principled, mature, and compassionate beyond his years, finding life’s blessings in the religious beliefs he now practices and in the surprising friendships he develops with Bernadette, the irascible old lunch lady in the school cafeteria, and Deja, an outspoken student with whom he shares a blossoming first crush.

Each of the contemporary roles is vividly brought to life by the excellent actors, all fully embracing the distinctive temperaments and impactful inter-relationships, and costumed by Nicole Wee in realistic clothing indicative of their situations and personalities (and although the school kids are played by adults, their captivating skills soon erase any disbelief about their ages). Nineteen-year-old Jay Mazyck, starring as Tino in his impressive Off-Broadway debut, is an emerging talent to watch. His irresistible portrayal of the endearing pre-teen is a revelation, filled with the heartfelt empathy and internal strength that define his character and ensure him a blessed and promising future. The supporting cast likewise delivers believable performances of the current inner-city figures, from Courtney Thomas’s adorably frisky and forthright Deja, to Sarita Covington’s disturbing embodiment of the cruel and hateful Alneesa, and Brenda Pressley’s amusingly crotchety Bernadette, who seems hard on the outside but is soft on the inside, especially where Tino is concerned. All three women pepper their speech with expressive profanities, in contrast to the boy’s articulate sense of refinement and emotional control. Rounding out the terrific ensemble is Cezar Williams giving voice to both the ineffectual principal at Tino’s school and the impassioned preacher at his church, enhanced by Sadah Espii Proctor’s effective sound design.

Surely Goodness and Mercy is a hopeful story with an inspiring moral that fits perfectly with Keen’s mission to present theater that “provokes an emotional connection” with works about “people striving to do their best.”  It succeeds beautifully with this outstanding and moving production. 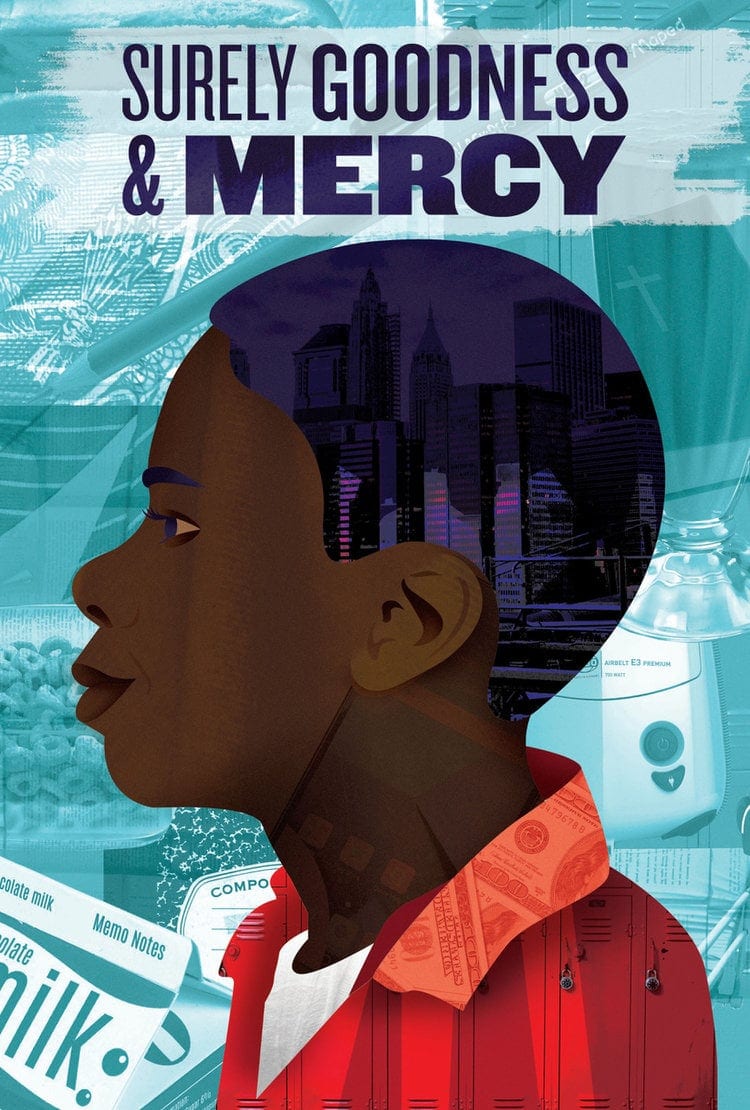