There is reason for concern or apprehension as you scroll the morning headlines or track developing news moment by moment. Closer to home, the cause for unease might be a decision as simple as selecting the route to commute; setting up a work meeting or meeting someone new. It is the anxieties from the larger world perspective down to the minutiae of personal life that frame Glade Dance Collective’s Oizys in the Waiting Room, a dance and spoken word production with original music compositions by Zooxanthellae (a solo project of cellist Erin Snedecor, who plays live at the July 16, 20, and 25 performances of Oizys in the Waiting Room). 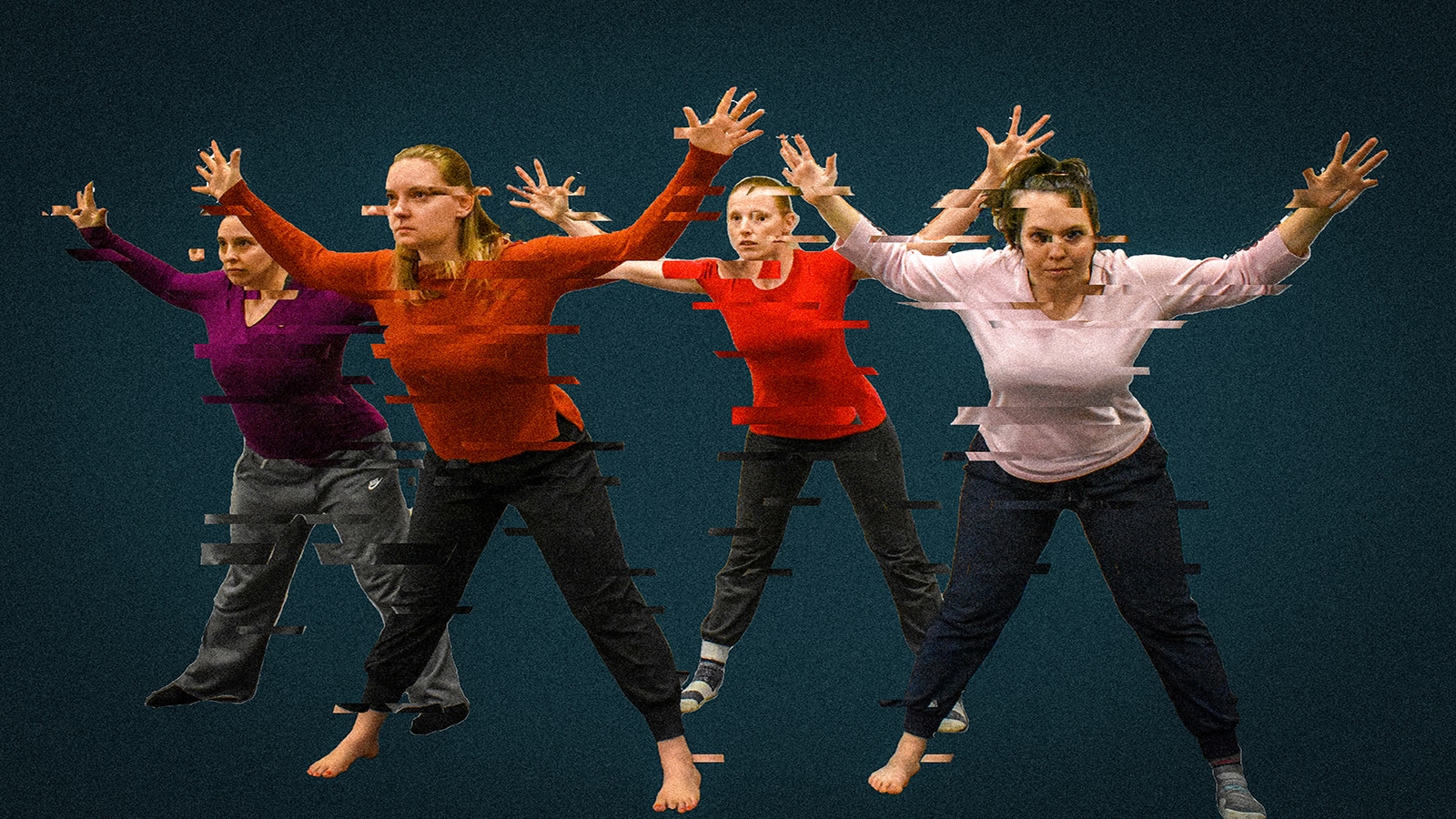 Glade Dance Collective is comprised of six women, and in this production, aimed at embodying collective current day anxieties, the Greek goddess of woe, Oizys, is the namesake. The internal turmoil one might endure while in a position of vulnerability leads the movement choices. Choreographed by Stacy Barrios, Lauren Borchard, Emma Dozier, Shauna Edson, Betsy Loikow and Sarah Raker (all save Barrios perform as dancers in this production), a contemplative tension surrounds brief solos or dance segments that interact with five square wooden boxes. There are no clear demarcations from scene to scene, yet incremental changes propel the timeline, cycling through and revealing each cast member. The performers are confined to the restricted space, border the perimeter or assume positions supported by the boxes and sometimes by one another. Boxes are stacked, serve as landmarks, separate or elevate abstracted gestures or body language suggestive of moments of uneasiness. The music augments the feeling of disquiet and without contrast as Light Design by David Levitt isolates a single body or highlights a larger group.

An off-kilter solo by Emma Dozier exists within a quartet of unison and leggy movement that spills to the floor. The simple gesture of twirling hair is exaggerated and compounded as Sarah Raker’s gaze remains engaged yet placid, the shadow of a nervous habit that is not self-aware. Fragmented conversation by Lauren Borchard matches voice with body. Each incomplete thought begins with a firm gesture; arms crossed one over the other, and as Borchard interrupts herself, she comes back to that same starting point to only have the whole process begin anew. A trio repositions one another, moving through unexpected moments between Raker, Borchard, and Samantha Sobash that equally highlight risk and response.

Before the show begins, audience members are asked to write down a worry or anxiety anonymously as an initiator for the performers. Big topic areas, perhaps coming from the audience, such as concerns about fascism, saving for retirement or paying for a surgery become spoken word in a type of conversation bubble. The overlapping phrases pile on.  It’s a big world and collective anxiety just might be more powerful in the personal stories that we all have to share; like the sublime few seconds when all six women stand close, elevated on boxes, sharing a language in movement that amplifies the vulnerable feeling inside.

Running Time: 50 minutes with no intermission.