John Leguizamo is a famously Latino, American, Tony and Emmy Award-winning comedian, known for numerous roles that defy pigeonholing on the character-genre spectrum. Yet despite the vast range of personality types, physicalities, and voices he can portray, Leguizamo has noted that positive Latin roles were nonexistent in the acting industry over the many years of his career. 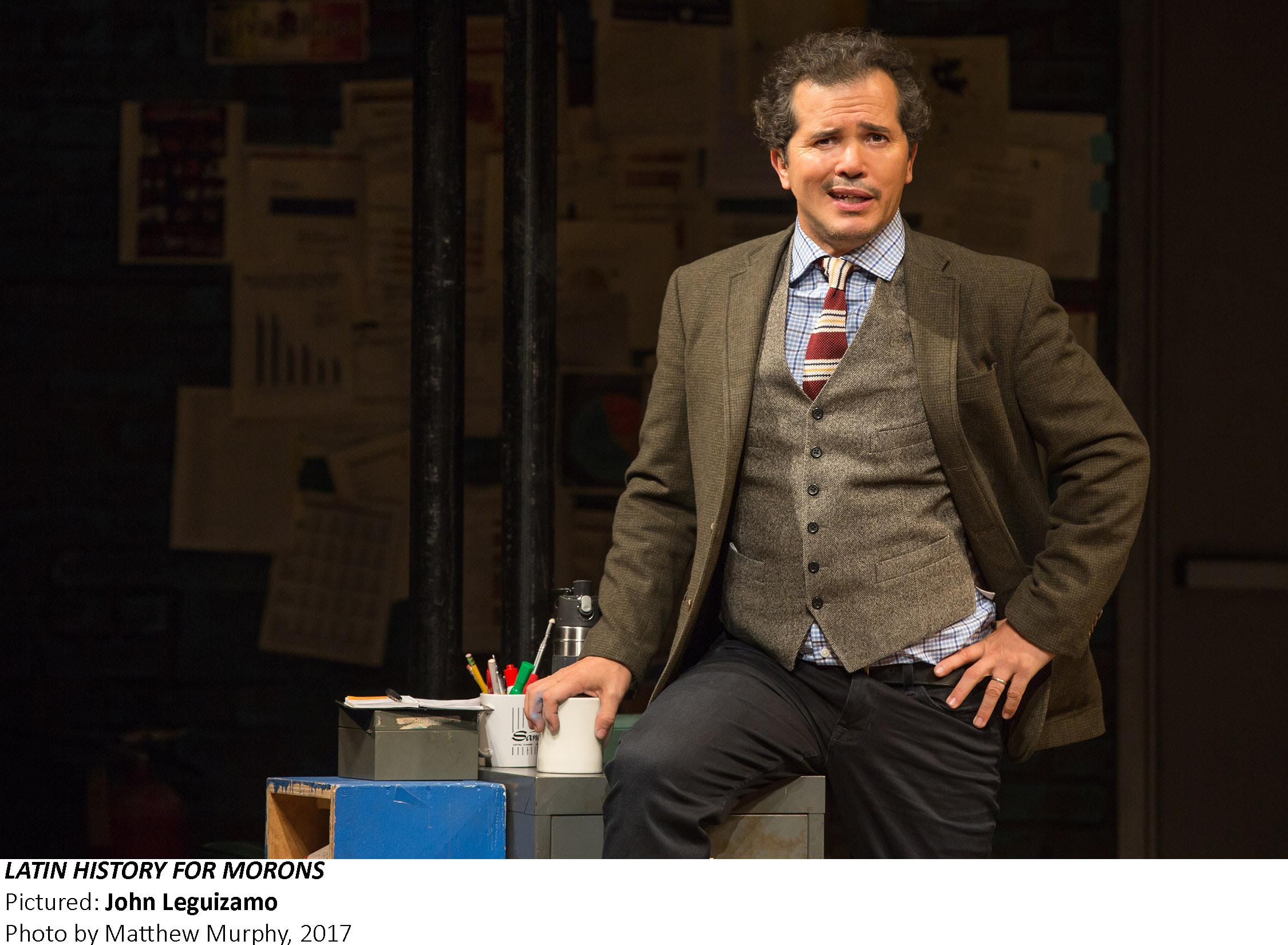 Leguizamo’s one-man show, Latin History for Morons, which is currently playing at the National Theatre in DC, expounds on this fact and dives into the reasons behind Latino culture’s underrepresentation in all aspects of modern life.

Leguizamo’s performance is vulnerable and genuine, radiating such personal truth and passion that even the roughly seventeen-hundred-seat theater feels like an intimate space.

The show premiered in 2017 to resounding reviews, earning him a Special Tony Award and a Tony Nomination for Best Play in 2018. Now, after a successful stint on Broadway, the show is on a national tour scheduled through December.

Leguizamo is no stranger to Tony awards or one-man shows, for that matter. With five previous productions, he has pretty much perfected the art of one-man theater. Mambo Mouth, Spic-O-Rama, Freak, Sex-a-holix…A Love Story, and Ghetto Klown all contain similar themes of Latin culture and family, but the material is fresh and original for every show. 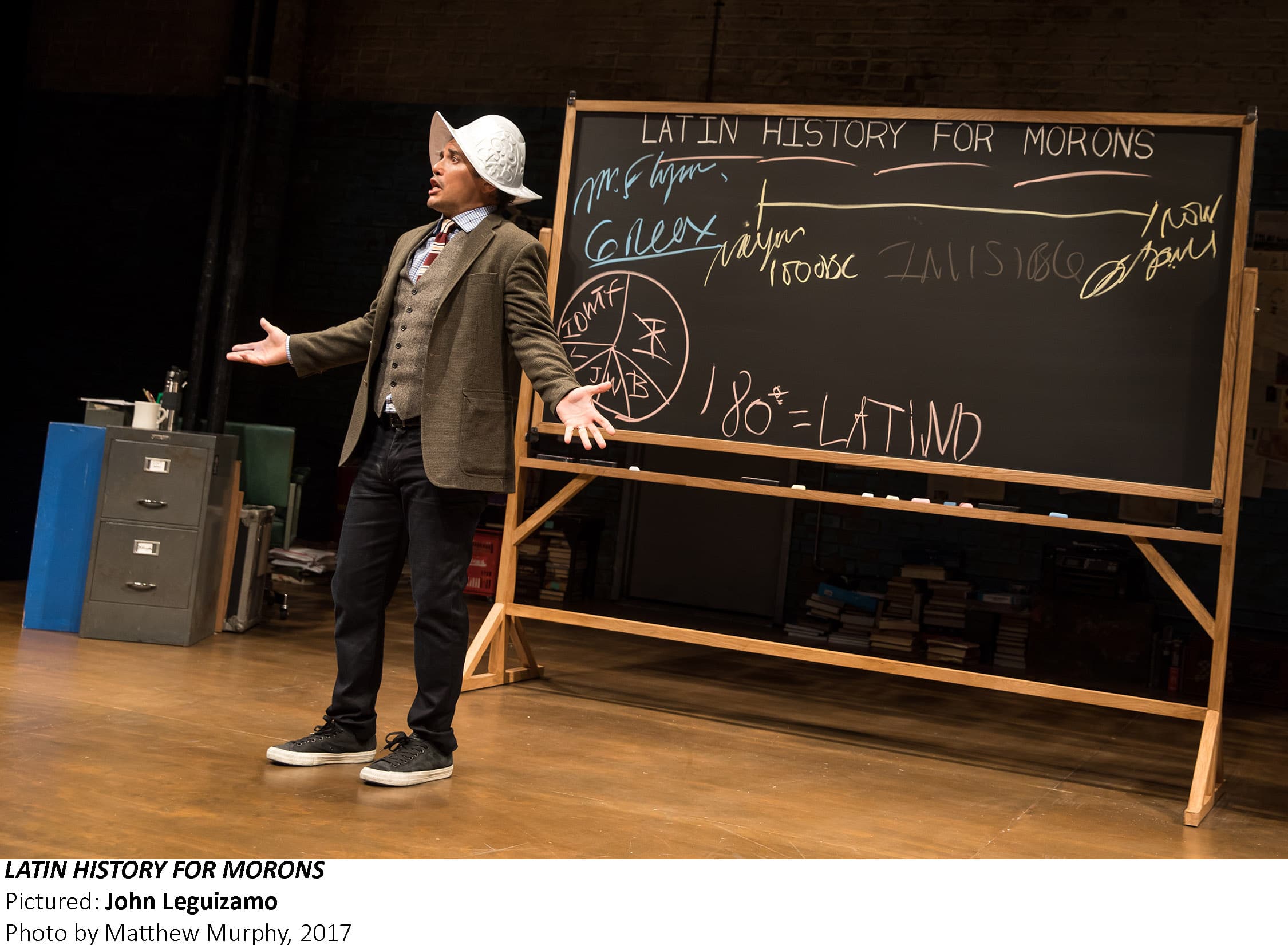 I was able to find each of the filmed performances on Amazon Prime, except for Mambo Mouth, which I could only find in clips on YouTube and in VHS format, which goes to show you exactly how long Leguizamo has been doing this!

The drive of Latin History for Morons is Leguizamo’s obsession with providing his middle-school-aged son, whom he affectionately refers to as Buddy, examples of Latin heroes, who are glaringly absent from schoolbooks, for a history project. He delves into the deep, dark history starting three thousand years ago with the Mayans in 1000BC.

Complete with blackboard and chalk, Leguizamo maps out the systematic extermination of Native Americans present on our land long before Columbus was an itch in his father’s loins. The show follows the process of his research and learning (he even includes a reading list of the literature he mentions during the performance), and then his interactions with Buddy to relay the information.

But also at play is Leguizamo’s strained relationship with Buddy. Buddy is bullied at school and is struggling with his grades. Try as he might to be helpful to his son and give him the tools he needs to succeed, Leguizamo’s advice consistently backfires and creates even more trouble for Buddy, who in common kid fashion hates his life and wants his dad to just go away and stop “helping.” 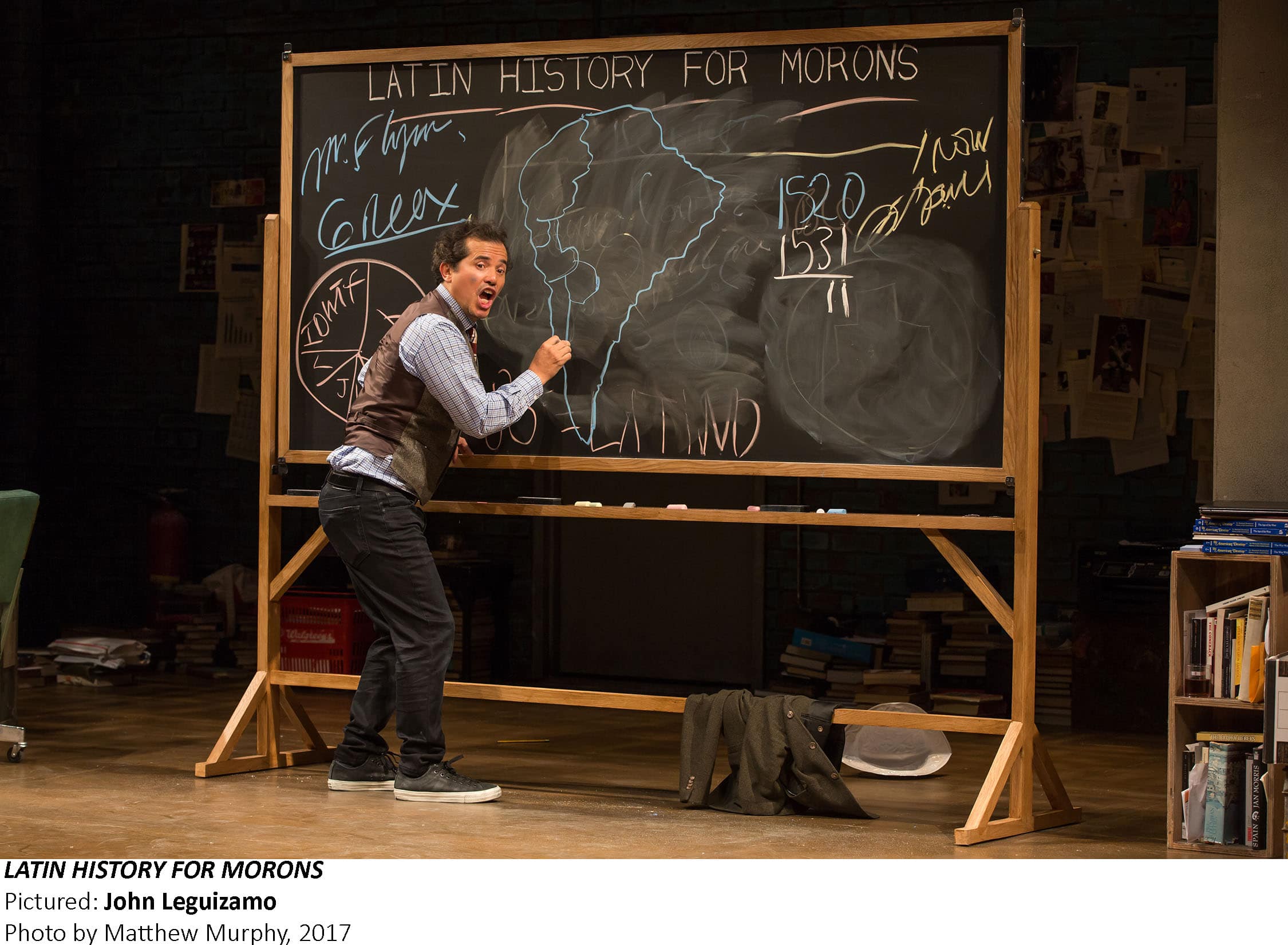 Latin History for Morons not only educates on the true history of our country and fellow man, but also inspires action, the desire to seek more knowledge, and forces the question of “why?” Well, we know why. But why STILL today?! Why are so many people, unknowingly ignorant of our country’s complete history? Why do we still nationally celebrate Columbus for reasons that have been factually debunked? Why are a people, who fought with our country in every single war, so marginalized?

But far from a strictly political piece, Latin History for Morons is also a hilarious and relatable tale of a parent desperate to connect with their child. And the difficulty in attempting to impart one’s life and experiences to our kids, without damaging them with all of the personal demons that go along with it.

Leguizamo has always been a self-reflective artist and this production is no different. His deep, soul-searching journey is sometimes uncomfortable, but always fascinating, to watch. And Leguizamo welcomes the audience in, morons and all, with open arms, as he searches for those Latin heroes, explores his own failings as a father, and finds glorious nuggets of wisdom that children are sometimes apt to bestow on us.

The show is an unforgettable experience the sends you back out into the world with your heart full and your brain buzzing.

Go to learn some forgotten history. Go to soak up a bit of that sexy Latino culture. Go to witness the human experience of pain, oppression, self-discovery, and conquering demons. But do go.

Running Time: Approximately one hour and 50 minutes, with no intermission.