With the freezing cold weather, the forecast of more storms to come, and Punxsutawney Phil seeing his shadow this Groundhog’s Day, predicting another six weeks of winter, it’s a good time to get warm and cozy at night and catch up on some bedtime reading after you get in from the theater. These three top picks offer options for a variety of interests and ages.

Pardon My French – It’s the Language of Ballet: The Adventures of Lilly Nilly – The first of at least three children’s books in The Adventures of Lilly Nilly series by NYC-based author/illustrator, former dancer and choreographer, and Julliard alum Nancy Paris takes readers into the inquisitive mind of the eponymous six-year-old ballet student, determined to figure out exactly what ballet is and why the words are in French, and to share her insights about dance – and life – with the rest of us.

Written in the relatable language of a precocious, exuberant, and strong-willed girl, and complete with “supercute” childlike illustrations, the delightfully funny story, based on Paris’s own personal experiences as a professional dancer and teacher, encourages readers of all ages to share in Lilly’s adorable joie de vivre, “to trust their instincts, seek their own answers, and be kind to all.” I’m not exactly a six-year-old, but it kept me laughing and loving this spunky little girl, her irrepressible curiosity, and the valuable lessons she learned. 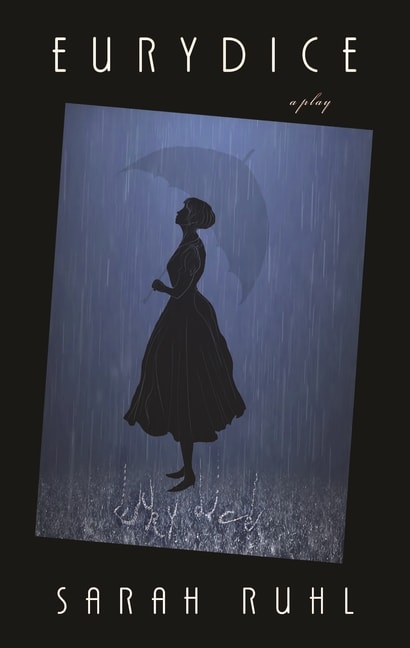 Reimagined from the perspective of his beloved wife Eurydice, who died in a sudden accident on their wedding day, the titular figure leads us on a dreamlike journey from a joyous earthly life to an unsettling sur-reality, where she encounters her deceased father and the Stones and Lord of the Underworld. There she must let go of the sounds, home, loved ones, and memories of the world she left behind, to enter an eternal state of silence and forgetting – and then do it again when her grieving husband tries unsuccessfully to retrieve her.

The profoundly affecting, darkly humorous, and poignantly lyrical play in three “movements,” which had its world premiere in 2003, was developed into an opera, with music by Matthew Aucoin, and recently performed at The Metropolitan Opera in 2021. This subsequent book release, some twenty years since the work’s inception, contains an afterword of twenty questions the playwright asks herself, and for her readers to consider, on her motivation, inspirations, choices, and vision, and the process of loss and mourning that we all experience. 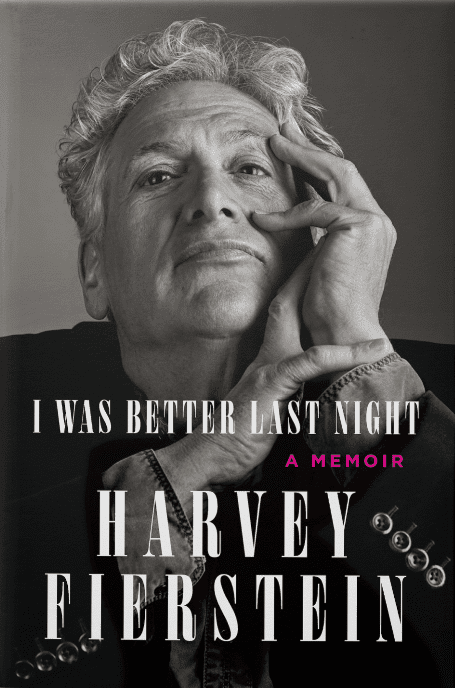 I Was Better Last Night – Coming soon from Knopf Books (on March 1) is a hilarious and candid memoir from cultural icon, gay rights activist, actor, and four-time Tony Award-winning playwright Harvey Fierstein (Torch Song Trilogy, La Cage aux Folles, Kinky Boots, Newsies). Tracing his life and times from his roots in 1952 Brooklyn to the experimental worlds of Andy Warhol and the Theatre of the Ridiculous in the ‘60s, to the Gay Rights Movement of the ‘70s, and the AIDS crisis of the ‘80s, to the absurd excesses of Hollywood and back, Fierstein’s autobiographical recollections and never-before-told stories provide a rich window into downtown NYC life, gay culture, and the evolution of post-modern theater (of which he has been a defining figure), his own personal decades of addiction, despair, and ultimate triumph, and a moving account of his family’s journey of acceptance.

The highly entertaining book is filled with openly vulnerable and outrageously funny accounts of mistakes made, wisdom gained, and stories that come together to describe a colorful and meaningful life, in Fierstein’s uniquely engaging and recognizable voice, which comes through on the page.