Tony Award-nominated writer and performer Joe Iconis (Be More Chill) isn’t just one of the most supremely talented people in NYC, he’s also one of the busiest and most prolific. Most recently, his jukebox musical Punk Rock Girl made its debut at The Argyle Theatre in Babylon, on his native Long Island, and the original cast album of his Love in Hate Nation, which premiered at NJ’s Two River Theater, was released on Ghostlight Records. He also returned to Feinstein’s/54 Below with close friend and collaborator George Salazar for an updated 2.0 version of their annual cabaret concert Two-Player Game, and he’s deep into the process of developing a new work, the Untitled Unauthorized Hunter S. Thompson Musical, in conjunction with California’s La Jolla Playhouse.

Later this month, on Monday, March 21, Iconis and Family (his tight-knit group of artistic cohorts) will be performing in the opening concert of the 21st season of Broadway by the Year: The New Wave at the historic NYC landmark The Town Hall. Created, written, hosted, and directed by Scott Siegel, the 2022 launch of the popular two-decade-old series will celebrate the music, anecdotes, and behind-the-scenes stories of the groundbreaking work of a fresh new crop of writers and the defining elements of contemporary Broadway.

The show features the works of such important artists as Lin-Manuel Miranda (In the Heights; Hamilton), Benj Pasek and Justin Paul (Dear Evan Hansen), Bobby Lopez (The Book of Mormon; Avenue Q, with Jeff Marx), and other blockbusters from the past 25 years, with appearances by Vivian Reed (Loften Mitchell’s Bubbling Brown Sugar), Sara Neimietz (Jason Robert Brown’s 13: The Musical), Quentin Earl Darrington (Lynn Nottage’s MJ: The Musical; Once on This Island by Lynn Ahrens and Stephen Flaherty), Danny Gardner (Flying Over Sunset by Tom Kitt, Michael Korie, and James Lapine), and more.

Needless to say, The New Wave wouldn’t be complete without a selection of songs from the phenomenal Be More Chill, performed by composer and lyricist Iconis and a roster of stars from its sensational Off-Broadway and Broadway productions (it also had a highly successful subsequent run in London), catapulted to iconic status via unprecedented trending on social media and an enormous passionate fan base of youthful and young-at-heart followers. 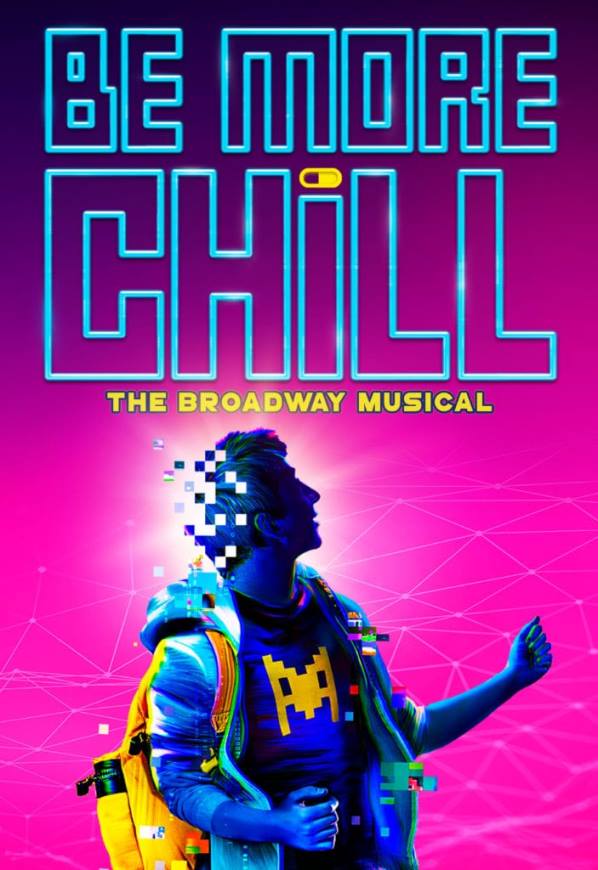 I caught up with Joe for a chat about his upcoming one-night-only performance at The Town Hall and what else we can look forward to seeing from him in the near future.

How does it feel to have Be More Chill recognized by Broadway by the Year as one of the “defining elements of contemporary Broadway” (a description with which I wholeheartedly agree)?

Joe: It feels great! It’s really incredible because that series has been such a fixture throughout my whole life and career, and I’ve been such a fan. Those are the real shows, so for me to be included and held up with those others makes my theater-loving heart proud!

What is it about Be More Chill’s style and content that makes it so groundbreaking, current, and relevant to a new generation of musical theater and its audiences?

I think specifically with Be More Chill, it’s the way it got to Broadway. It was the first fueled by social media. Without the original cast album going viral it wouldn’t have arrived in New York. People’s obsession with it on the internet drove it. It’s got a contemporary sound for a traditional musical comedy, but it’s hard to say what made it become a part of the new theatrical canon – you need a little perspective. After five or ten years, or even a year or two, a show that wasn’t necessarily the hit of the moment remains part of the conversation, along with mega-hits like Dear Evan Hansen and In the Heights.

Can you give us a sneak peek at which songs you’ll be performing and which members from the cast of Be More Chill will be joining you on stage?

I can’t because I don’t know yet; we’ll see in tech. I am so lucky to be surrounded by so many great collaborators who do my work, so at any given moment, like with The Muppets, I can make some calls and have enough people ready to put on a show. So it’ll be a surprise!

What’s the most exciting thing about playing at The Town Hall?

I’ve never performed there before, but I’ve seen so many shows there, so I’m really excited to make my debut at this fabled venue, with my own music. It makes me think of the Christopher Guest film A Mighty Wind, where three folk bands from the ‘60s reunite. It feels like a town hall, an old-fashioned place where a community comes together. The room is so in line with what I like to do – erasing the boundaries between the show and the audience.

Do you have an all-time favorite musical from the past, or one particular show or song that was the greatest influence on your career?

Well, yeah, of course – Cabaret! It was such a major influence on me from a young age. The original, and then the revival that premiered when I was in high school. It’s my absolute favorite; I saw it 30 times. The production told a really serious historical and political story, but made it seem so contemporary and entertaining. It has so many layers; it’s so relevant but it also succeeds on a surface level. It’s so much fun and the songs are so great.

What’s your vision of where Broadway is going that will distinguish it from what came before?

What I hope is that it continues to be a place for all different kinds of shows, a place where there will be the big corporate spectacular musicals next to the little two-person shows. That variety is Broadway at its best and I hope that continues to get stronger. There shouldn’t just be cash-grabby pre-ordained brands that can bank on an audience already knowing the show and going, not wanting to take a chance on something small and new. A wide variety of offerings is important, like A Strange Loop (even if it hadn’t won the Pulitzer Prize); it got people excited about something new and original.

Aside from rehearsing for Broadway by the Year, what are you working on now and where can we see you next?

The new Hunter Thompson musical, which I’m hoping we’ll be able to workshop this summer, and a couple of secret projects that I can’t talk about yet but will be announced in the next few weeks, so I’ll let you know as soon as I can!

Many thanks for making the time to talk, Joe – it was great to catch up! Can’t wait to see you next week in The New Wave. 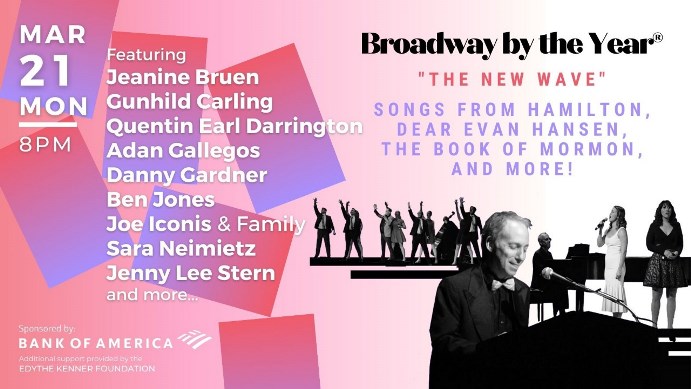