Cogent Theater Collective, a newly formed professional theater company based in Silver Spring, will make its debut with a production of Closer by Patrick Marber. Closer is being presented for four weekends beginning April 29, 2022, in partnership with Silver Spring Stage, which has served the community for more than 50 years.

Closer, which won the 1998 Laurence Olivier Award for Best New Play and was adapted into an Academy Award–nominated 2004 film, has not had a professional staging in the Washington area in more than a decade. The intimate drama unveils four intertwining lives over the course of four and a half years in a stinging look at modern love and betrayal. 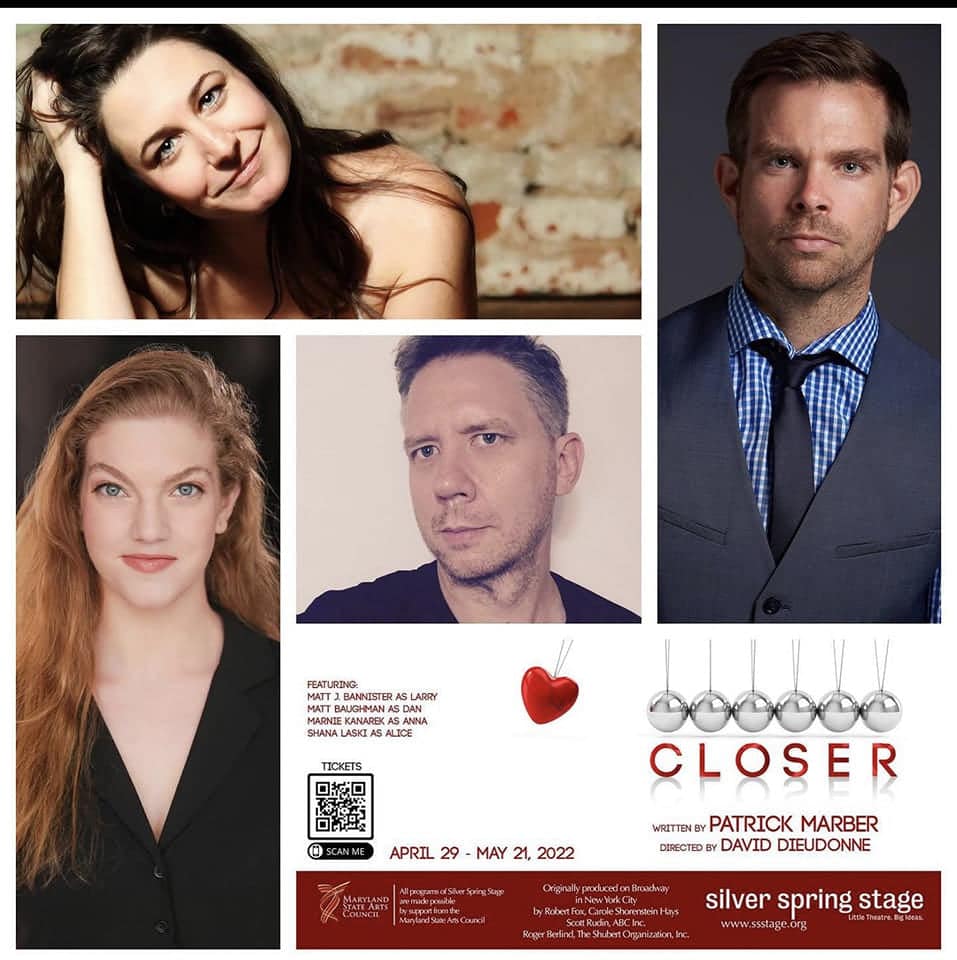 “I have loved this show since I read it over 20 years ago,” said director David Dieudonne, who co-founded Cogent along with producer Diego Maramba. “I think it is the most honest, uncompromising portrayal of adult relationships and what we actually do to each other that I have ever read.”

Matt J Bannister, who plays Larry, agrees. “It’s such a fascinating exploration of love, chemistry, trust, and how we sabotage our own happiness,” he said. “Those themes are timeless, but the stress placed on relationships during the pandemic has made them as relevant as ever.”

The production was originally scheduled for March 2020 but was postponed due to the pandemic.

“The delay was interesting — devastating — because we were so very close to opening when the pandemic shut down the world,” said Marnie Kanarek, who plays Anna. “The advantage to that was that a lot of the groundwork was intact.”

Matt Baughman, who plays Dan, says the fact that Dieudonne was directing was “the real selling point. I’ve worked with him several times and he’s the type of director that can really dissect a script to find moments, motivations, and instincts that are more interesting than what is on the surface.”