Recipients of the 2022 Drama League Awards, the oldest theatrical honors in America, first presented in 1922, and formalized in 1935, were announced beginning at noon today (Friday, May 20) in a live in-person ceremony at the Ziegfeld Ballroom, 141 West 54th Street, hosted by journalist Frank DiLella. The nominees and winners are chosen by the entire theater community of Drama League members, including award-winning actors, designers, directors, playwrights, producers, industry veterans, critics, and dedicated audiences from across the US, who attend Broadway and Off-Broadway productions. 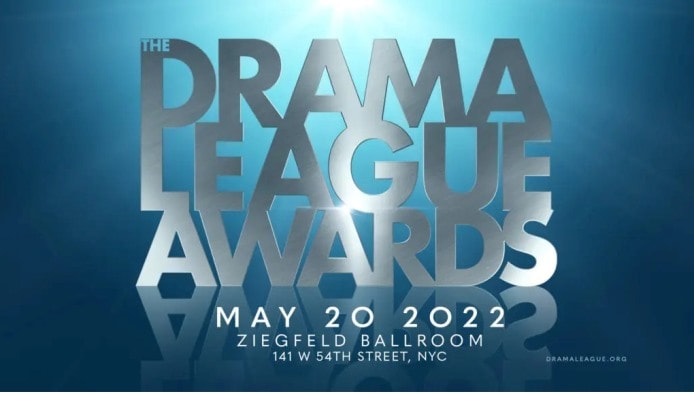 And the winners in the seven categories of performance, production, and direction are:

Outstanding Production of a Play: The Lehman Trilogy, written by Stefano Massini, adapted by Ben Power;

Outstanding Production of a Musical: A Strange Loop, book, music, and lyrics by Michael R. Jackson;

Outstanding Revival of a Play: Take Me Out, written by Richard Greenberg;

Outstanding Revival of a Musical: Company, music and lyrics by Stephen Sondheim, book by George Furth;

Congratulations to the winners and honorees.