Bryant Park has announced that the 2022 season of its popular free-of-charge Picnic Performances, presented by Bank of America, will kick off this Friday, May 27, starting at 7 pm, with New York City Opera’s staged, costumed, and live music production of Gioachino Rossini’s The Barber of Seville. The iconic opera buffa, which premiered in Rome in 1816, and became the first opera to be sung in Italian in NYC in 1825, follows the hijinks of the wily eponymous barber Figaro – who sings one of the most famous arias, “Largo al factotum,” in the history of comic opera – through a story of love, disguise, and cunning. And if you can’t make it in person, you can enjoy the livestream on the Bryant Park website.

When it was founded in 1943, New York City Opera was called “The People’s Opera” by Mayor Fiorello LaGuardia. Now, nearly 80 years later, the company continues its historic mission to inspire with innovative and theatrically compelling opera and to build new audiences through affordable ticket prices and free programs.​ In addition to The Barber of Seville, New York City Opera will also present a special Pride in the Park performance on June 17, an abridged adaptation of La Traviata on August 12, and Lucia di Lammermoor on September 2, as part of the Picnic Performances.

A total of 26 live and in-person music, dance, and theater events will be presented in the Bryant Park series this summer, produced in partnership with a diverse line-up of NYC’s performing arts institutions. They include five nights of contemporary dance with established and rising companies; performances in partnership with Carnegie Hall Citywide, The Town Hall, Joe’s Pub, and The Classical Theatre of Harlem; the post-pandemic return of the Emerging Music Festival and Accordion Festival; and new collaborations with Jazzmobile, Asian American Arts Alliance, and Steinway Artists. The season closes on Saturday, September 17, with an American Symphony Orchestra 60th Anniversary concert.

All performances are free to the public (no tickets required) and designed to be enjoyed casually, with ample seating available and free picnic blankets for audience members to borrow. If you go, you are welcome to bring your own food or purchase from on-site food and beverage vendors. More than 20 of this season’s events will also be available to livestream.

The Barber of Seville plays on Friday, May 27, 2022, from 7-8:30 pm, at New York City Opera, performing at Bryant Park, between Fifth and Sixth Avenues, West 40th and 42nd Streets, NYC. Tickets are free. COVID-19 vaccinations and masks are not currently required but Bryant Park will continue to monitor and follow updated New York City and New York State COVID-19 guidelines throughout the summer as necessary. To watch the free livestream, go online. 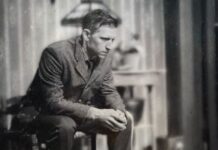