The lesser-known figures and stories are the most fascinating. As Lem Billings, a closeted gay man who was John F. Kennedy’s longtime best friend, Michael E. McGovern sang a convincing “The Room Next Door,” developing his character as someone who found a degree of fulfillment, with a subtext of frustration, in a life adjacent to the charismatic president.

McGovern also got a comic, satirical moment in “Purple Menace” as Dr. Charles Socarides, the prominent New York psychiatrist who once said, “There is no such thing as a happy homosexual.” Socarides maintained his belief that homosexuality could be “cured” through psychiatry, long after the 1973 American Psychological Association decision to remove homosexuality from its definition of mental illness. As a program note points out, one of his sons, who is gay, became a prominent gay rights advocate.

In the 1920s, the administration of Harvard University expelled several students for being homosexuals. In “Already Dead,” Joval Martin sings touchingly of the despair Lippa imagines that one of them, Cyril Wilcox, might have felt before killing himself.

The “Lavender Scare” of the 1950s was a much larger purge. The Federal government fired or forced to resign thousands of employees for being homosexuals, believing them to be at risk for Communist blackmail. This disgraceful episode has by now been the subject of several good books and at least one play (Topher Payne’s Perfect Arrangement). Lippa handles the matter through one of the less successful numbers in the show, “Executive Order,” in which the chorus repetitiously intones “just get rid of them” before morphing into a rendition of the Soviet national anthem.

The evening’s high point for the chorus was “41.” The piece takes its title from a story on the back pages of the New York Times in July 1981 reporting that 41 homosexuals had been identified as having a mysterious cancer. A projection noted that the article appeared just five days after the initial rehearsal of the GMCW. Most of the piece is a tender, harmonic elegy to those who died of AIDS, combined with a plea by the afflicted (“Heal me, free me from this hell”) and a countdown of those first victims of the plague as a man places 41 roses in an urn. Musically and dramatically effective, “41” could justly become a staple of choral performance outside the context of Unbreakable.

The presentation of the music succeeded best when, as in “41” and some of the other choral and solo passages, the orchestral accompaniment remained rather light. This is no criticism of the orchestra’s playing, which, under conductor Thea Kano, was excellent throughout. But the orchestra frequently covered the singers, especially in bigger numbers, making their words difficult to understand. I frequently found myself wishing for surtitles.

Better-known figures receive their due as well. In a pageant-like anthem, “All People,” Martin expresses the core beliefs of Civil Rights Movement icon Bayard Rustin. Sylvia Rivera, a transgender/drag activist who, along with Martha P. Johnson, was a key figure in the Stonewall uprising and the early years of Pride marches, gets a fine Broadway show diva treatment from Nova Y. Payton in “Sylvia.” In “Just a Woman,” the wicked smart Gertrude Stein (Amy Broadbent) sings both ironically and lovingly about life and her relationship with partner Alice B. Toklas. “Love is love is love,” she repeats.

In the title tune and in the concluding “Good Things Take Time,” the combined musical forces stirringly express Lippa’s belief that obstacles and bigotry notwithstanding, the LGBTQ+ community will prevail. During the final number of the show, pictures of hopeful moments in the community’s history are projected onto the backdrop: joyous Pride parade images, same-sex weddings, photo arrays with Presidents Obama and Biden, Pete Buttigieg and his husband.

The beginning of Pride month is a fitting time for this musical message of celebration of what has been achieved, often at great cost, over many years of hard work. But the song isn’t over, and the work must go on. Given the proliferation of attacks on the LGBTQ+ community, whether through banning books or making gender-affirming medical care unavailable, “Love is love is love” is a good sign to carry this June. So is a sign I saw at the Martinsburg, West Virginia, Pride festival earlier in the day: “Pride is still a protest.”

Running Time: One hour 15 minutes, with no intermission.

Unbreakable was presented on June 4, 2022, by the Gay Men’s Chorus of Washington, DC performing at the Lincoln Theatre, 1215 U Street NW, Washington, DC.

The program for Unbreakable is online here. 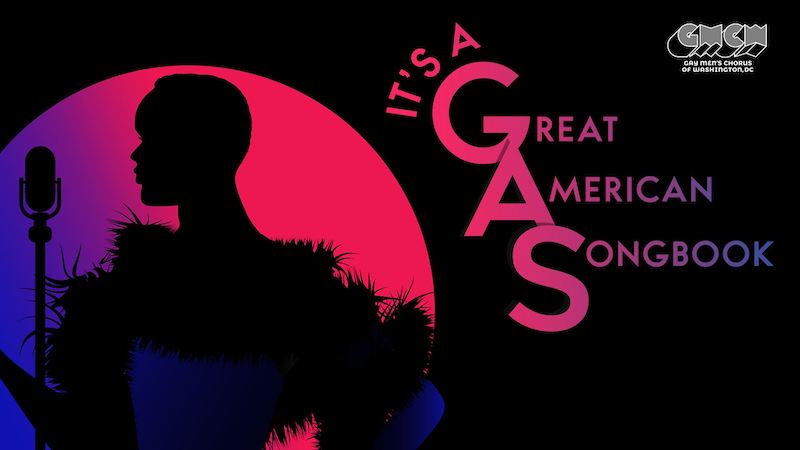