This year for its annual Shakespeare fest, FRIGID New York presents The Little Shakespeare Festival, a celebration of independent theater and performance featuring Bardic classics as well as Bard-inspired works, playing from August 4-14. Drawing artistic inspiration from the restrictions of the last two years, each piece in the festival, co-curated by FRIGID’s Managing Artistic Director Erez Ziv and Conor Mullen of the improv company As You Will, includes no more than five performers in the intimate space of Under St. Marks theater.

Mullen noted, “Sitting in Under St. Marks, it’s not too hard for me to imagine William Shakespeare working here. He’d have used his words to turn this space into a Roman dungeon, a Scottish castle, or a moonlit Athenian forest. His actors would have loved having the audience so close they could speak with them directly . . . It’s a reminder for me that Shakespeare doesn’t just live on when performed in giant, open air amphitheaters or big, Broadway houses; he also lives in these most humble of places, where I think he would have felt quite at home.”

If you can’t make it in person, every show is also available for streaming. The full festival line-up is as follows:

As You Will – If there’s one problem with the 884,647 words William Shakespeare wrote, it’s that they’ve all been performed already. What about the virtually infinite number of words he hasn’t written . . . yet? Featuring David Croizer, Zev Hurwich, Mike Luca, and Mullen, the players of As You Will take your suggestions to create the plays the immortal Bard would’ve written if he hadn’t gone and died.

Founded by Mullen, David Brummer, and George Hider in 2016, As You Will has performed unscripted Shakespeare across the tri-state area, using prompts from the audience to create an instant Shakespearean classic, complete with historical footnotes, in the Bard’s language, meter, and rhyme.

Running time is 45 minutes. Performances are Thursday, August 4, 9 pm, Saturday, August 13, 8:30 pm, and in a double bill with The Fights of Shakespeare on Tuesday, August 9, 7 pm. 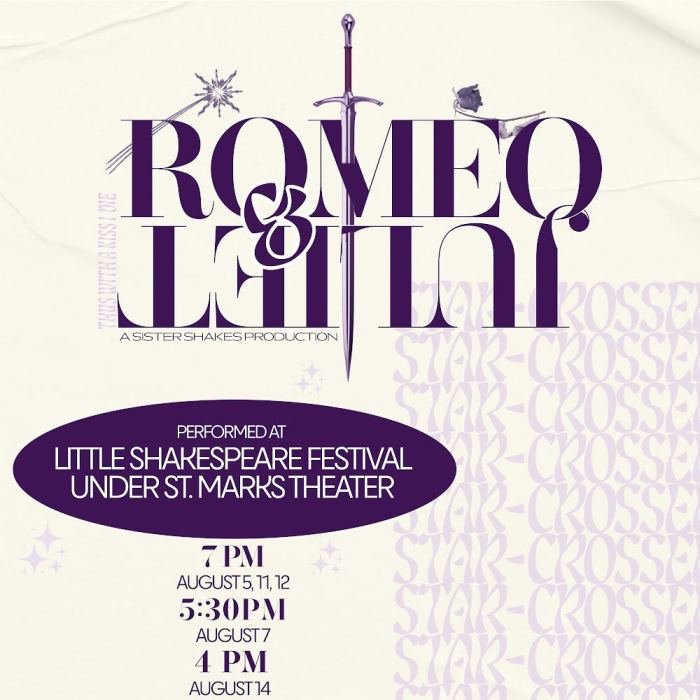 Unspoken Garden/El Jardin que calla – The bilingual one-woman show from multidisciplinary production company Robus Dance Theater Ensemble – dedicated to telling stories through the eyes and experiences of people who identify as women and focused on creating original works that touch on such important subject matter as reproduction rights, love, and mental health – pairs true testimonies from Latin American women with Shakespearean monologues to build a bridge between cultures. Using elements of theater, dance, and music, the show raises awareness of how little our society has changed, as women are still being silenced and undermined, living in a world that should no longer exist. 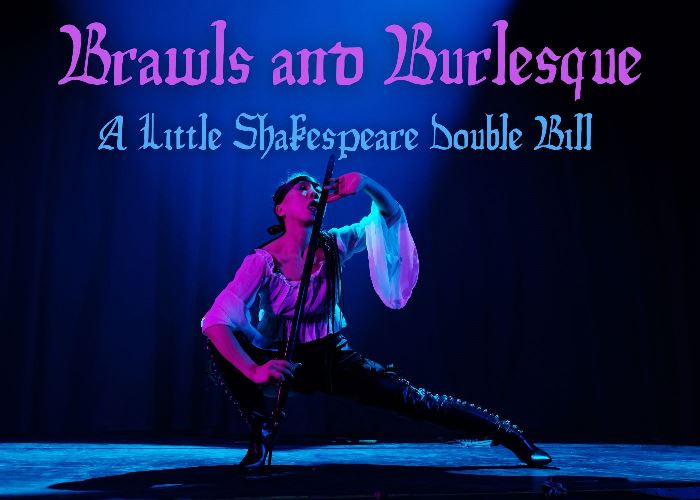 The Fights of Shakespeare – African American multi-hyphenate Michael Hagins (a playwright, director, fight director, actor, and producer, member of the Dramatists Guild and an Advanced Actor-Combatant for the Society of American Fight Directors) and his company C.A.G.E. offer snippets of traditional sword fighting scenes from various Shakespearean plays, when words are no longer enough to settle the characters’ issues.

Swords & Stripping – The pen may be mightier than the sword, but is seduction the most powerful weapon of all? Fortune Cookie, of Books & Burlesque, presents two burlesque numbers inspired by Shakespeare and hand-to-hand combat.