Rorschach Theatre’s explosive new season immerses audiences in things new and reimagined. For over twenty years, the award-winning and nationally recognized company has been known for its bold use of theatrical space and its dedication to impossible fantastical realism. 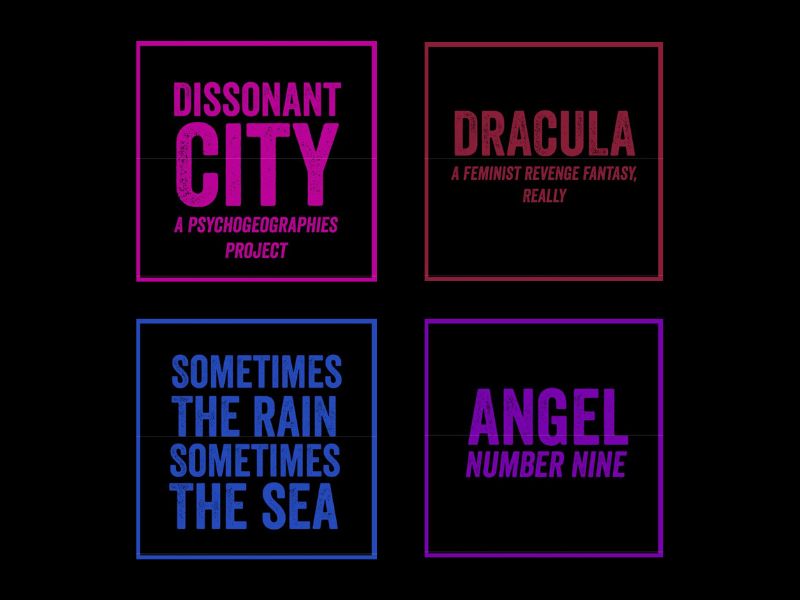 In October, Rorschach launches DISSONANT CITY, A PSYCHOGEOGRAPHIES PROJECT which will unfold in monthly installments. Blowing past theatre walls, this season-long immersive experience follows more than a century of DC music history and explores what it means to be immortal.

Beyond the bureaucracy and marble columns, there’s a steady beat that drives the Nation’s Capital. Dive into more than a century of DC music and find out just what it means to be immortal in Rorschach’s latest groundbreaking event.

Like the previous two Psychogeographies projects, DISSONANT CITY harnesses the power of the built and the natural world to create a visceral piece of immersive storytelling. Each month participants will receive a map and instructions to travel to a new curated location in the DC area. Along with the map, they’ll receive a box of artifacts to explore at each site with story elements such as letters, music, souvenirs, or photos.

From October through May, each box reveals a new location and a new chapter in the ongoing story. This psychogeographic adventure culminates with Angel Number Nine in the summer of 2023.

Launched in 2020, the Psychogeographies Projects are Rorschach Theatre’s visionary new experience that takes participants to unexpected locations around their city while a season-long fictional narrative plays out over layers of history and magic realism. Subscribers receive a box in the mail monthly that includes a new Chapter in the story, each box containing hand-crafted objects – letters, drawings, souvenirs, photos, or even snacks – and a map to a location in their city. Rorschach’s live in-person summer show culminates the experience.

“When the ruling class write history, the words of the common people, of women – become Superstition” – Hamill’s Dracula

Kate Hamill boldly reimagines Bram Stoker’s classic tale of vampires and finds new monsters just beneath the skin. The gothic tropes of villains who wear evil on their sleeve and damsels in distress are replaced by all-too-human monsters and ferocious women who stab at the heart of the patriarchy itself. A site-specific production, DRACULA will perform in the appropriately haunted atmosphere of the now vacant/historic firehouse at The Parks at Historic Walter Reed.

KATE HAMILL is an award-winning actor/playwright who is deeply passionate about creating stories that center around complicated women. Her work as a playwright celebrates theatricality, often features absurdity, and closely examines social and gender issues – as well as the timeless struggle to reconcile conscience/identity with social pressures. Hamill was named 2017’s Playwright of the Year by the Wall Street Journal and was one of the 10 most-produced playwrights in the country.

Once upon a time, a rain cloud fell in love with a human. Dolan, who bears an uncanny resemblance to author Hans Christian Andersen, tries to tell this simple and sweet story, but characters in the story keep turning into figures from Dolan’s own history of turbulent relationships. An adaptation, a reimagining, and a critique of The Little Mermaid, SOMETIMES THE RAIN, SOMETIMES THE SEA is a story of romantic, obsessive, and unrequited love.

When Angel meets Cupid in a bar and her band gets an opening slot on a tour, life takes some unexpected turns into a past she tried to leave behind. Part rock show, part booze-soaked road trip through the dive bars and dark clubs of the late 1990s East Coast music scene, Angel Number Nine shows us that the things we need are sometimes found on the roads we tried to avoid.

ANGEL NUMBER NINE will serve as the culmination of 2022/2023 Psychogeographies project DISSONANT CITIES. The show can be appreciated with or without participation in the seven-chapter, year-long project.

KLECKSOGRAPHY: February 2023
Rorschach leads a partnership with six theatres for 50+ emerging artists to benefit from mentorship and networking opportunities when they create 12 new plays in 10 days.