For his current six-night engagement at 54 Below, stage, screen, and concert star John Lloyd Young has curated a new set list of Mostly Soul: Beloved Hits from Motown to Broadway, featuring stirring interpretations of his own personal retro-classic favorites. They include works by such legendary artists as The Platters, The Stylistics, The Commodores, Luther Vandross, and Mel Carter, and iconic songs from Jersey Boys, in which he starred as the Four Seasons’ lead singer Frankie Valli, in both the original 2004 Broadway musical and the 2014 film adaptation produced and directed by Clint Eastwood, becoming a legend in his own right.

Accompanied by his long-time music director and friend Tommy Faragher – who opened the show with a high-energy piano solo of Ray Charles’ “What’d I Say” (considered one of the first and most influential soul songs, which earned the trailblazing R&B artist his first gold record) –  JLY took to the stage with a heartfelt medley of “So Amazing/Sweet Love,” followed by “My Prayer,” in his signature combination of flawless vocals and empathetic expression. He then addressed the audience with personal reflections on his musical selections (after the pandemic, he embraced the idea of YOLO – You Only Live Once – and decided to put together a show of his own nostalgic favorites), his background (he’s an actor and he’s Italian, so he’s got all the emotions and delivers them with passion), and his sincere appreciation for his ebullient fans, wanting and liking to “open up a vein” for them. It was obvious from the audience’s response that the feeling is mutual.

After his smooth and soulful rendition of “Show and Tell” by master songwriter Jerry Fuller (Tommy’s first choice for their 2014 album My Turn) and his profoundly emotive version of “Hurt” (pouring out his heart and capturing the feelings of the lyrics in his gestures, body language, and face), John Lloyd asked for the house lights to be turned up. He then launched into his own number-one choice for the album, “Hold Me, Thrill Me, Kiss Me,” as he circulated through the intimate room, interacted with, sang directly to, and touched each and every member of the excited crowd, making his devotees feel the love he has for them and for what he does, in a perfect pairing of song and spirit that, as the line says, could “drive [everyone] slowly out of [their] mind.” Yes, JLY is that affecting, in all the best ways!

The rest of the show contained Tommy’s terrific medley of “Bring It On Home/Stand by Me” on piano and vocals; an original song they wrote for their new album-in-production (a project that was put on hold during the pandemic shutdown); John Lloyd’s spot-on falsetto performance of the 1929 standard “Mean to Me,” sung in the Broadway musical Ain’t Misbehavin’ by Nell Carter, which he has never done before in concert; and two popular numbers from Jersey Boys –  “Can’t Take My Eyes Off You,” to which he invited the audience to clap along, and closing with the beautiful and moving “My Eyes Adored You.” All of the songs were interspersed with engaging behind-the-scenes stories, recollections, and anecdotes (the one about Clint Eastwood and Justin Timberlake on the movie set was especially amusing) and all highlighted JLY’s irresistible personality and professional perfectionism.

With that said, his exuberant followers weren’t about to let him get away without an encore. He obliged with not one, but three more songs in his virtuoso falsetto, beginning with the showstopper “You Are Everything” and closing with two upbeat fan favorites from Frankie Valli and the Four Seasons, “Working My Way Back to You” and “Sherry.” They left the audience standing, yelling, and applauding wildly (and deservedly so).

The concert’s song list changes with each show, so you can go every night and have a different experience. The final performance, on September 1, will also be livestreamed from 54 Below in real time, for one night only, via BroadwayWorld Events, so if you can’t make it to “Broadway’s Living Room” in person, you can catch this stellar event at home. Either way, don’t miss it. And be sure to mark your calendar now for January 9-14, 2023, when the sensational John Lloyd Young will be back at his home-away-from-home in NYC with another new series of concerts. 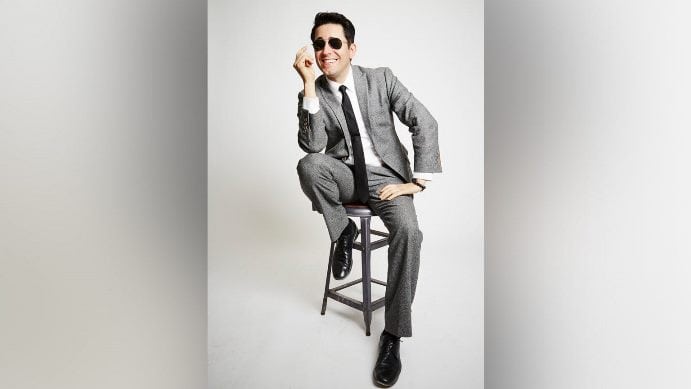 John Lloyd Young: Mostly Soul: Beloved Hits from Motown to Broadway plays through Thursday, September 1, 2022, 7 pm (doors open at 5:30), at 54 Below, 254 West 54th Street, NYC. For tickets (priced at $75-155, plus fees and a $25 food/beverage minimum per person), call (646) 476-3551, or go online. Proof of COVID-19 vaccination and a valid photo ID are required to enter the club. The closing performance, on Thursday, September 1, will also be livestreamed through BroadwayWorld Events (and will not be available on demand afterwards); for tickets (priced at $25, plus a $3.50 ticketing fee), click here.