Presented by Premieres NYC as part of its revived bi-annual Inner Voices series, the new one-act musical Los Otros, by Tony Award nominees Ellen Fitzhugh (book and lyrics) and Michael John LaChiusa (music), is now playing a must-see limited engagement at Off-Broadway’s A.R.T./New York Theatres. The semi-autobiographical two-hander, which made its East Coast debut at Baltimore’s Everyman Theatre in 2017, follows the intimate recollections of two different people (each representing “the others” of the title) who become unexpectedly intertwined in a beautiful, profoundly affecting story of human connection.

Noah Himmelstein directs the supremely compelling piece, filled with honesty and emotion, and masterfully delivered in the transporting performances of acclaimed Broadway veterans Caesar Samayoa as Carlos and Luba Mason as Lillian. Set in Mexico and California from 1933-2000, they alternately take us through key moments in their characters’ personal life journeys with powerful voices and readily legible movements, gestures, and facial expressions, in a mostly sung-through bilingual piece that is at once specific and universal, sometimes funny, ever lyrical, and extremely relevant – now more than ever in these troubled times of divisiveness – in its recognition of the relatable experiences, shared feelings, and mutual humanity that bind us.

As the actors move around the mostly bare stage, they employ only chairs for props, in the effectively simple set design by Junghyun Georgia Lee, and minimal adjustments of costumes by Alejo Vietti, before a backdrop of the changing colors of a cloud-filled sky. Lighting by Adam Honoré and sound by Ken Travis are equally enhancing but unobtrusive, as the two reveal their distinct personalities and thoughts, achievements and mistakes, and ultimately what has brought them together, through a series of gripping solo segments and an uplifting concluding duet. The narrative songs and emotive vocals are consummately accompanied by a three-piece orchestra (musical director J. Oconer Navarro on piano, Cole Davis on bass, and Meghan Doyle on guitar), with exquisite orchestrations by Bruce Coughlin.

Everything about this uniquely conceived and moving memory show, seen through the lens of two seemingly disparate lives, is naturally captivating and evocatively performed. To avoid any spoilers, and to allow audiences to discover these engaging characters on their own, I have chosen not to discuss the details of their stories, to let them speak for themselves. What I will say is that whether man or woman, gay or straight, Mexican- or American-born, POC or white, we’re all human. It’s a momentous message that is delivered with heart, humor, and subtlety in the outstanding, highly recommended New York debut of Los Otros. 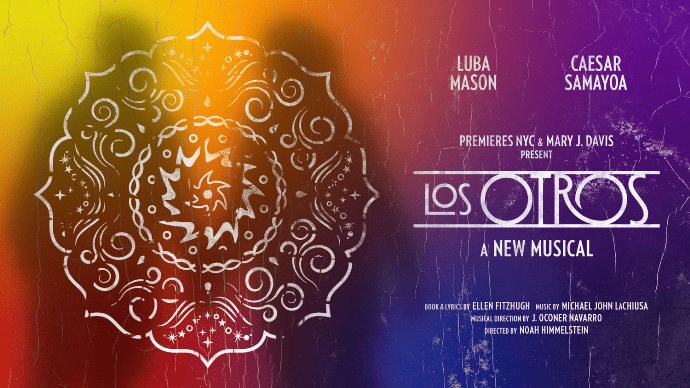 Los Otros plays through Saturday, October 8, 2022, at A.R.T./New York Theatres, 502 West 53rd Street, NYC. For tickets (priced at $75, including fees), go online. Masks are optional but recommended in the theater.