On Wednesday night, September 7, the David Rubenstein Atrium at Lincoln Center for the Performing Arts had a full house and a long waiting line of fans hoping to get in for Jaime Lozano’s ¡Viva La Vida! Songs from Frida, The Musical, previewing a selection of eight numbers from the new Broadway musical-in-development on the life of the trailblazing Mexican artist Frida Kahlo (1907-54). Produced by Valentina Berger, presented in collaboration with the Kahlo family and BTF Media, and based on Intimate Frida – a personal book of memoirs written by her niece Isolda Pinedo Kahlo and published in 2006 – the upcoming show, with a first workshop production scheduled for 2023, followed by a Broadway premiere in 2024, will have lyrics by Obie-winning playwright Neena Beber and music and Spanish lyrics by the acclaimed Mexican-born and NYC-based musical multi-hyphenate Lozano.

The sneak-peek concert at Lincoln Center, where he has made several recent appearances, featured music direction by Lozano, arrangements by Lozano and Pavel Cal, and orchestrations by Lozano and Jesús Altamira. Performed by a full, mostly Latino, mostly immigrant, fifteen-piece orchestra (Alejandro Berti and Guido Gonzalez on trumpet, Alex Hamlin and Alberto Toro on reeds, Ludovica Burtone and Tomoko Omura on violin, Benni von Gutzeit on viola, Agustin Uriburu on cello, Ruben Rodriguez on contrabass, Joel Mateo on drums, Jonathan Gómez on percussion, George Saenz on accordion, Ramón Ponce on vihuela, and Yahir Montes and Lozano on guitar), the original score embodied the composer’s signature synthesis of traditional genres of Mexican music and Latin beats with the stylings of contemporary show tunes and modern jazz.

Following Lozano’s brief welcome and introductory remarks about the musical and Frida, an almost all Mexican roster of stars from on and off Broadway – Mario Tadeo, Danny Bolero, Robi Hager, Krystina Alabado, Florencia Cuenca, and Mauricio Martínez – took to the stage and opened the concert with an exhilarating bilingual performance of “En Coyoacán” that transported us to Kahlo’s hometown. After toasting the artist with shots of tequila, the group closed the show with the uplifting and life-affirming “¡Viva La Vida!” and ended with an encore audience singalong of the eponymous song, effectively capturing the mood of joy and passion that the musical will celebrate.

In between were six expressive solos and duets by the top-notch vocalists (including an appearance by Paloma Aisenberg), interspersed with Lozano’s commentary, projected images, and passages from the book Intimate Frida, read by stage and screen actress Sylvia Sáenz to tie the narrative songs about Kahlo’s life journey together, while portraying her from the personal perspective of her niece. Those included observations on her love of art since childhood, her explosive relationship with husband Diego Rivera, the chronic pain she experienced after being injured in a bus accident at the age of eighteen, and her uncompromising struggle to matter (in the blockbuster “Wings” – a soaring ballad sung with profound emotion by Cuenca). Together they painted a telling portrait of Frida and sparked the audience’s excitement about the new musical-in-progress.

In the days following the concert at Lincoln Center, Jaime made time during his busy development process to answer a few of my questions and to give us some additional behind-the-scenes insights into Frida, the Musical.

You’ve collaborated with Neena Beber before. Can you tell us a little about your working process in creating the music and lyrics together for Frida?

I love collaborating with Neena! I am so in love with the way she writes, the way she tells stories, and I think we understand each other very well. Being a lyricist AND a playwright definitely brings another layer to her way of writing; I am also a playwright and lyricist in Spanish, so we are always thinking about storytelling. For this specific project we are basing the material on the beautiful book Intimate Frida written by Frida’s niece Isolda Pinedo Kahlo, who lived with her aunt at La Casa Azul [“The Blue House” in her native Coyoacán, which is now the Frida Kahlo Museum]. We found moments that we think could work as songs, and hooks in the vocabulary of Frida and others. Most of the songs were written music first. Once we know what story we want to tell, I create the melody, progression, and structure, Neena sets the lyrics to that melody, and then we go back and forth shaping the melody and the structure based on what the story needs.

What specific musical styles and instruments are you using for the show?

This is definitely very strongly influenced by Mexican music. Huapango, joropo, son, ranchera, bolero. Mariachi music. Mexican folk music. But the song structures are more commercial, and the harmonies are always very much in my style. You know that! In some way it’s always a fusion with musical theater and a jazz flavor.

What do you love most about Frida Kahlo and her art?

I feel really connected with her in many ways. She was honest. That is the most important thing when someone’s creating art: Honesty. She painted how she felt. She was so strong but she wasn’t afraid to show vulnerability. She was herself. She had her own style. She was unique. And she was congruent in her thinking and her doing. Frida is definitely an inspiration for many people, including myself. She was an immigrant in New York City, she was alone with Diego, the same way my wife Florencia [Cuenca] and I arrived in this city together. She struggled with being far away from her family and her country, from México, the same way we do. And she reconnected with her country through art, the same as we are trying to do. It is a great honor and a great responsibility to write her story but at the same, because I feel so related and connected, I can assure you that it’s gonna be full of honesty, vulnerability, congruency, and joy. 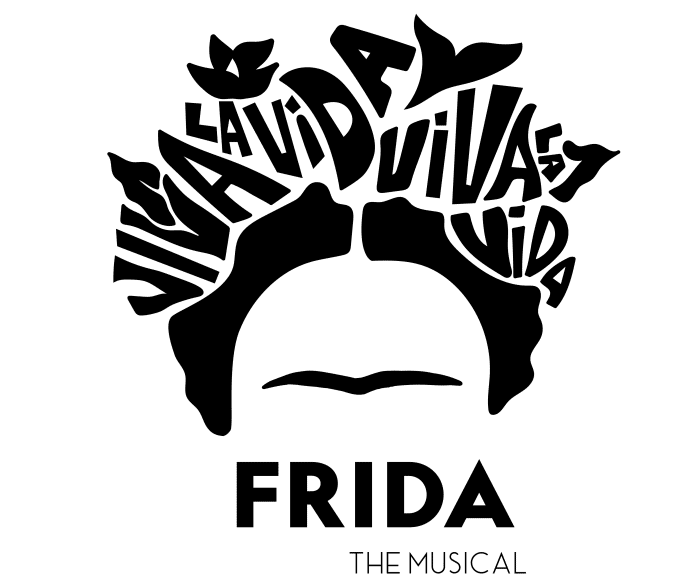 Many thanks, Jaime, for giving your audience and our readers an inside look at the development of Frida, the Musical. I’m sure all her fans and yours are anxiously awaiting its Broadway debut!