When Kennedy Center’s Broadway Center Stage production of Guys and Dolls opens this weekend, theater lovers are going to be blown away by the names in the cast.

Add to that Broadway stars Kevin Chamberlin as Nicely-Nicely, Fred Applegate as Arvide Abernathy, Jacqueline Antaramian as General Cartwright, and Rachel Dratch as Big Jule, and it’s an embarrassment of riches.

Another name in the show is Lizz Picini, who may not be as well known as some of the Broadway notables, but is a big star in our area, having grown up in Fairfax, Virginia, and performed at venues all around Metro DC, including the 2018 production of Anything Goes at Arena Stage.

“It’s wild to think the majority of the cast has Tonys,” Picini says. “I coach and teach so much when I’m not on the road performing, and it’s so cool to use an opportunity like this to be taught. The amount I soak up from watching these icons and legends—how they work and how they respond—is such a cool experience.”

A graduate of Chantilly High School, the bunhead studied dance at Towson University and moved to New York City in 2011, four days after her graduation, and has been performing professionally ever since.

“Growing up here, I was always in and out of DC,” she says. “It’s so wild to be back, and be at a place on stage where I so often used to be in the house seats; it’s been a real pinch-me experience and a full-circle moment.”

In Guys and Dolls, Picini plays one of four Hot Box Girls, but in this version of the show, Adelaide’s “little girl gang” has more of a 21st-century mindset than what was dreamed up by writers Abe Burrows and Jo Swerling, who wrote the book of the show based on the short stories of Damon Runyon.

“As a woman, it’s been a cool thing that the creative team has worked so hard that we’re holding to the heart of this story and what these writers wrote years ago, but we are able to adapt it in a day and age where the Hot Box Girls can be viewed as strong, confident women,” Picini says. “We are making our own money performing and entertaining, so it gives us more of a backbone.”

Director Marc Bruni utilizes the Hot Box Girls a great deal throughout the show—both as dancers who can act and as dancers who can sing, and Picini is thrilled to get a chance to be such an important part of Frank Loesser’s legendary score.

“A consummate professional, Lizz is a blessing to have in any company of performers,” says Denis Jones, the Tony-nominated choreographer who is handling those duties for Guys and Dolls and who has worked with Picini numerous times through the years.

For instance, Picini served as associate choreographer, assistant director, and dance captain, while playing Hunyak and covering Roxie Hart, in Jones’ direction of Chicago, which played The Muny earlier this year.

“I’m thrilled that she is a part of Guys and Dolls, and look forward to whatever the future holds for us,” Jones says.

For her part, Picini notes Jones is so wonderful at what he does because of the human that he is, and she loves watching people who are working with him for the first time and how they respond to him.

“He is so generous, so kind, and such a good leader because he did this—he performed for so many years, so the language he uses and the camaraderie he has make him such a well-rounded choreographer,” she says. “His artistry is just groundbreaking; nothing is predictable and it keeps you on your toes. And you feel so supported and encouraged and the product is pretty extravagant.”

Picini is well known in the dance community, teaching at Broadway Dance Center in New York City while continuing to be a performer, educator, and behind-the-scenes industry professional. She’s also worked as associate choreographer and assistant director for musicals such as Holiday Inn, Singin’ in the Rain, and Oklahoma!

Her popularity is such that LaDuca, one of the most notable dance shoe companies, named a shoe after her—rose gold boots called the “Picini.”

“I always describe LaDuca as the Nike of the performing world,” Picini says. “It was 2021 when Phil LaDuca reached out and wanted to award me with this element of a commemorative edition, which they give to six names in the business, and it was literally me and six other Tony-winning icons. It was such a cool moment of appreciation for me and it’s such a cool family to be a part of.”

Looking back on her upbringing, Picini notes she will never take for granted having such supportive parents who have such a love and appreciation for the arts.

“It’s such a good feeling that I am able to celebrate and constantly own that this is my career—I have been able to, with the support and love and encouragement of so many people. This is what I do,” she says. “That’s what’s so neat about being home again, and especially the Kennedy Center. I hope someone can see me up there and think that they can do this, because clearly, that is something that happened to me in the past.” 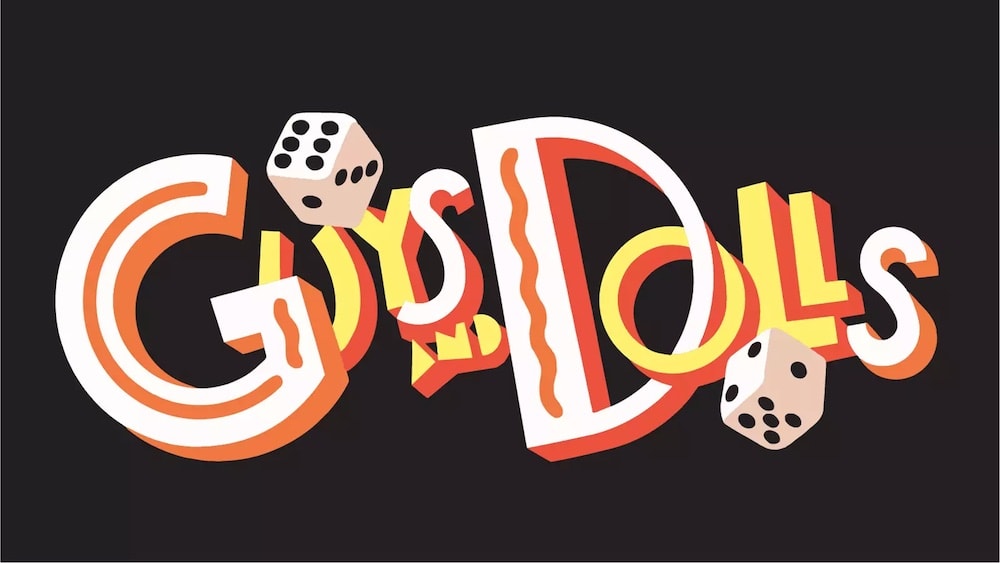 The program for Guys and Dolls is online here.

COVID Safety: Masks are required for all patrons inside all theaters during performances at the Kennedy Center unless actively eating or drinking.