The brilliance of Je’Caryous Johnson’s stage adaptation of the New Jack City 1991 indie movie mega-hit is his ability to reach back and include Original Gangsters — OGs such as Big Daddy Kane and Naughty By Nature crew leader Treach — who defined the sound and style of the Golden Era of Hip Hop in the late 1980s and early 1990s as central characters in the Broadway at the National collaboration.

For those theater lovers unfamiliar with Je’Caryous Johnson Presents, he with his production company is the second-highest-grossing playwright in the world with over $100 million in annual revenue, and he specializes in the short four-day weekend runs at prices that start at $50 for single tickets and scale up to $225 for premium orchestra seats where you could feel and experience the raw and authentic energy of the music and cultural phenomenon that redefined Black New York as New Jack City! 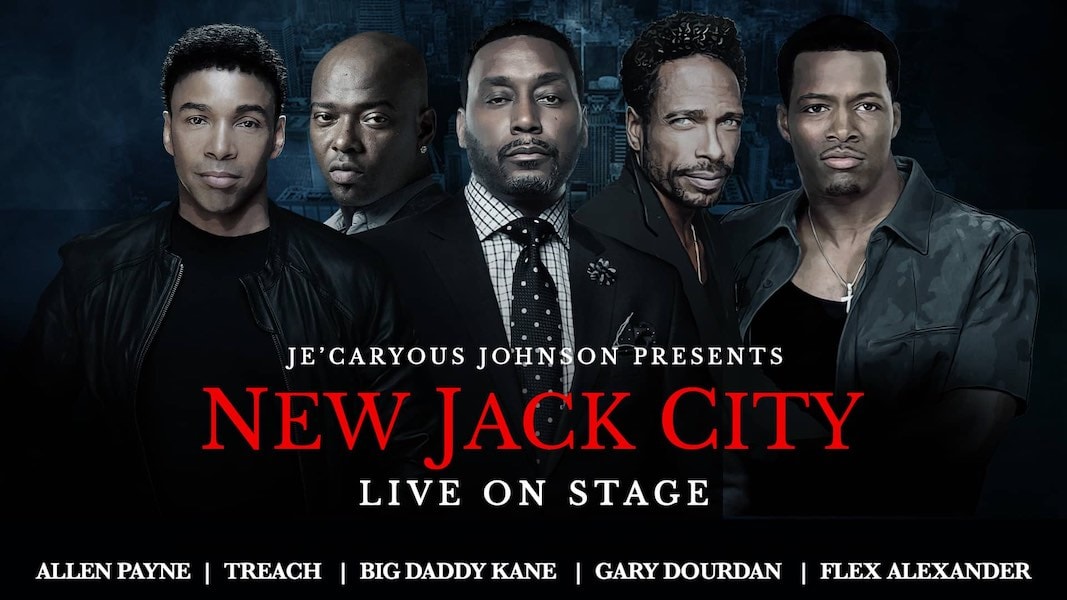 “It took three years to bring this cast together and the first person I reached out to was the original ‘GEE MONEY’ cast member Allen Payne. Then BIG DADDY KANE agreed to join the cast and TREACH completed the big three as NINO BROWN,” said Je’Caryous Johnson at the post-performance encore. “And when I thought about who looks like ICE T, I called Gary Dourdan, who was in Paris, and I asked: when are you coming back to America? to which he replied: when do you need me? I sent him the script and he completed the team.”

New Jack City Live marks the third adaptation of a legendary urban hit movie and the second with Warner Brothers Pictures, which licensed the movie title and video content to the stage.

Director J. Kyle Manzay transformed the spacious National Theatre’s stage into a three-story remake of “THE CARTER” public housing crack house with a 125th Street elevated subway platform, and a drop-down basketball rim where a strapped and shirtless Gee Money challenges Nino to a one-on-one matchup. Manzay tops the production off with a ceiling-to-floor video backdrop that spliced in clips from the original movie with “ICE T” as Skipper, Wesley Snipes as Nino Brown, and Mario Van Peebles as Stone.

The film chronicles the rise and fall of drug kingpin Nino Brown, played to a demonic turn by TREACH, who leads the “Cash Money Brothers” including GEE MONEY, the strung-out crackhead POOKIE, originally played by Chris Rock in the film and covered authentically by Flex Alexander on stage, and the stuttering enforcer DUH DUH MAN played by Vincent Ward, who also doubles as Nino’s driver as they roll out a drop-top Jeep on stage with the scenes of Harlem passing over their shoulders as GEE MONEY introduces NINO to the power of crack cocaine.

Music director “DMAJOR” Boynton weaves in covers of the OJAYS’ 1973 hit “For the Love of Money” and samples Stevie Wonder’s “Living in the City” to set the tone for the evening, also adding an original wedding song, “Your Words” by Claudette Ortiz, who plays Nino’s used and abused side chick Selina, replacing the movie’s original wedding singer Keith Sweat.

But what makes New Jack City Live such a unique communal experience is the street-wise and fashion-forward audience members who were almost as fly as the million-dollar wardrobe changes worn by the nine-member dance chorus on stage.

I had the pleasure of sharing a prime booth with Myron from Baltimore, who knew every word of the original script and kept the front-row prime-time audience members involved with his running commentary.

The audience anticipated and covered Nino’s drop-dead one-liners during the courtroom scene where he puts down the City Prosecutor and defiantly accuses her and society for his downfall: “Ain’t no UZIEs being made or poppy fields being grown in Harlem, Ms. Hawkins”!

Myron also kept the production honest for taking several artistic liberties in placing modern cellphones in Nino’s hand as GEE MONEY catches him in bed with notorious street HO Keisha, when the original scene in the movie had her picking up a huge dial-up phone on a bedstand.

“Weren’t no flip phones in Harlem back in the day,” said Myron correctly as the audience nodded their heads in agreement. The audience also called out the production crew for sound static that made it hard to hear the dialogue during the first 10 minutes after the intermission.

Je’Caryous Johnson’s signature creation of what he calls “urban theater” inspires a traditional Call & Response involvement of the audience, which is inspired by a little Black Church culture, so expect a lot of involvement from the bleachers like you were at a Rucker’s Park tournament where program merchandise and hoodies are sold at intermission.

The visual magic that director J. Kyle Manzay embedded in key message moments included panoramic scenes of huge biblical style graphics of “The Chronicles and Gospel Of Nino” with books for fallen archangels Gee Money, Keisha, and DUH DUH as the choir of church singers at GEE MONEY’s funeral transformed into a chorus of ghost-like figures with anonymous masks that forbode the descent of Nino’s Cash Money Brothers into a fiery pit.

New Jack City Live plays four more performances — on November 12, 2022, at 3 pm and 8 pm and on November 13 at 3 pm and 7:30 pm — presented by Je’Caryous Johnson at the National Theatre, 1321 Pennsylvania Avenue, Washington, DC. Tickets ($49.75–$225) are available online or in person at the theater box office located at 1321 Pennsylvania Avenue NW, Washington, DC. Box Office hours are Monday through Friday 12:00-6:00 pm with extended evening and weekend hours during performance days.

COVID Safety: Masks are strongly recommended but not required for all ticketholders. Broadway at The National requests patrons and staff to stay home if they are feeling ill to protect other patrons, cast, crew, and staff. See National Theatre’s COVID Safety Plan here. 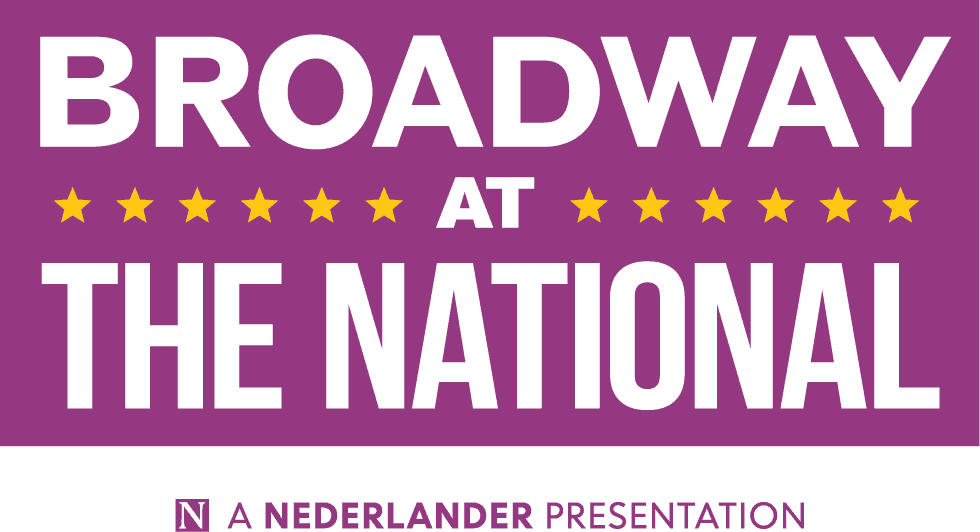