Adventure Theatre MTC takes us on a reimagined journey through Oz in a world premiere play by Jacqueline Lawton. The Wonderful Wizard of Oz runs from April 3- May 25, 2015, based on the classic American children’s book by L. Frank Baum starring Helen Hayes nominated Paige Hernandez as Dorothy.

Dorothy and Toto know so many adventures are happening everywhere other than Kansas! Until one day, a cyclone swoops in and takes them to the wonderful and magical Land of Oz. With her friends the Scarecrow, the Tin Man, and the Cowardly Lion, Dorothy sets off on the adventure of a lifetime down the yellow brick road to the glittering Emerald City to meet the wonderful Wizard of Oz.

“The concept of rewriting a classic like The Wonderful Wizard of Oz seemed so daunting until I really looked at the character of Dorothy, who is just like I was at that age,” says playwright Jacqueline Lawton, award recipient of TCG’s Young Leaders of Color and named one of the top 30 national leading black playwrights by Arena Stage’s American Voices New Play Institute. “Raised on a farm with chores where nothing seemed to happen and dreaming of stories that eventually would become my career.”

“Every time I come back to ATMTC, I feel like we try to create magic, and Oz is at its core, magical,” says Director Roberta Gasbarre who directed both Helen Hayes Nominated productions of The Red Balloon and Goodnight Moon for Adventure Theatre MTC. “I cannot wait to take this journey with the audience, and they should be prepared for an amazing ride.”

Tickets to The Wonderful Wizard of Oz are $19-19.50 each, with group and field trip rates available, and can be purchased through the box office by calling 301-634-2270 or online at www.adventuretheatre-mtc.org. Children under the age of one are free. 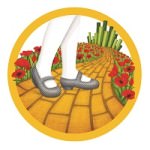 “THE WONDERFUL WIZARD OF OZ” FACT SHEET
April 3 – May 25, 2015
Based on the novel by L. Frank Baum
Adapted by Jacqueline E. Lawton
Directed by Roberta Gasbarre
Starring Paige Hernandez

Recommended for All Ages

Aunt Em, Good Witch of the North, Guardian of the Gates…Maggie Erwin

[This Press Release is by Amanda Russell].