An interview with DC performer and director Cara Gabriel, whose one woman show, I AM THE GENTRY runs during the Capital Fringe Festival. The show is about her experience moving into the H Street NE neighborhood at the height of its burgeoning gentrification.

Introduce yourself to our readers, and tell us where we may have seen your work in the past year.

I’m an Assistant Professor of Theatre at American University, where I’ve taught for over 13 years, as well as a freelance writer and director.  I AM THE GENTRY appeared at The EXIT Theatre in San Francisco in October of 2014, and will appear at United Solo Festival in NYC this September.  I directed The Thrush and The Woodpecker at last year’s Source Festival, and Hillary Morrow’s one-woman show, Oh, What Can’t A Woman Do?, at last year’s Capital Fringe.  At AU my last directing effort was The Rez Sisters, which went up in the Fall of 2014, and I’m directing The Threepenny Opera this coming fall at AU.

Tell us about I AM THE GENTRY.

I began writing I AM THE GENTRY nearly a decade ago when my husband and I moved into the H Street NE neighborhood in Washington, DC.  It began as a way to process all of the various thoughts and feelings I had about moving into a gentrifying neighborhood, and what that meant for my own identity. How does our choice of neighborhood (and the privilege of having such a choice) define us?  How do we end up defining the spaces we live in?  What does it mean to stare our own privilege in the face?  Now it feels like all of that, plus really more of a love song to the neighborhood that once was.  It is important to note that I began writing the piece as a memoir in the creative nonfiction genre, and that piece is over 200 pages long. The task of adapting that work into a significantly shorter piece to be performed has been monumental.

This show has been produced several times by several directors over the past five years. What makes this production unique?

Well, for starters I’ve been adapted, refining, and reworking the performance part of the piece for over five years. I’ve also had the benefit of feedback from a few different audiences in a few different geographical locations. And I’ve of course had the input of 4 different directors, all of whom have been so generous and insightful and wonderful.  The directors have helped as much in refining the writing as they have in shaping the performance. I will say that this version feels the most naked, the most genuine. It almost feels like I’m not performing at all, but just sitting down with a journal and sharing my most intimate stories and reflections with a group of old friends. It’s the beginning of a conversation.

This is extremely personal material. What is the emotional impact of delivering a portion of your life story to an audience of strangers?

It’s terrifying. Honestly and truly terrifying. I’ve warned my whole team that I will likely vomit and/or cry before and after every performance. (My daughter heard me say that and asked, “What’s ‘varmint’?” I said, “You know, ‘barf.’” “Oh.”) But I hope that my honesty and vulnerability will be an entry point for the audience, which I do think makes this a little different from some of the previous versions. This version is so raw, all of the artifice has been removed.  Which is what’s terrifying, but also so important, I think. If I reveal myself, maybe the audience can reveal a little something as well.

Are you still “the gentry”? Are you just a regular white person now that you live in Bethesda?

No spoilers! Ha! But, seriously, once the gentry always the gentry. There’s no taking it back. In fact, in moving away I probably cemented my gentry status even more. You come in, everything changes around you (because of you?), then you disappear and are never directly affected by the repercussions of that change. Also, Bethesda has its own strange kind of gentrification. All of these affordable, GI Bill, mid-century capes are being torn down to build enormous Craftsman-style mansions.  Middle class families cannot afford homes in Bethesda, and that wasn’t always the case. It really warps your perspective when you see a sign for townhouses that says “Starting in the Low One-Millions!” 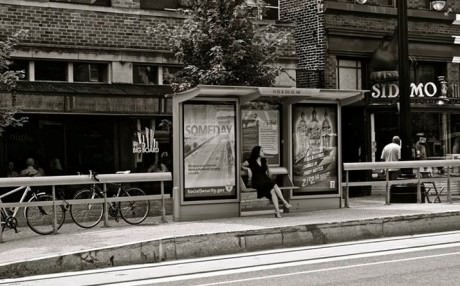 I understand the audience will be invited to participate in a talk back at a local coffee shop after the performances. What do you think that discussion will add to the show?

I think a discussion might be the most important part of the show.  I hope people won’t leave the show feeling like I’ve told them something, or preached to them. I hope the show will make people want to talk about gentrification and reflect on some key questions together. I don’t have any answers, but I have a ton of questions, starting with “How can we all be better neighbors?”

There are a lot of one person shows at Fringe. What makes I AM THE GENTRY stand out?

I think its honesty, humor, relatability, and good writing make it stand out.  I also think it is timely, relevant, local, and immediate.

Cliche question, but it bears asking: What do you hope people will take away from this show? Is it a political call to action?

It is certainly a call to conversation, and if people also feel compelled to act after the show I would be delighted, yes.

I AM THE GENTRY has 2 more performances: Today at 6:30 PM and Saturday at 2:30 PM at at Dance Place, at the Capital Fringe Festival – 3225 8th Street NW, in Washington, DC. Purchase tickets at the door or online.