Coming off the successful, sold out, workshop production at the 2014 Capital Fringe Festival, Flying V brings back its award winning original musical (Best Musical, 2014 CapFringe), YOU, OR WHATEVER I CAN GET in an more fully fleshed-out and even more Awesome elaboration on the original script!

The walk of shame, that guy who’s always on the couch, friends with benefits, J-Date, drinking zelco, sexy Star Wars jammies, Tinder, more drinking, Screaming “I am an attractive man!” alone to your computer screen at 2am. And then that moment of sheer terror – “I’m 30. I’m going die alone”. This original musical looks at the anxieties, insecurities, desperation, and joys of dating and friendship in your late twenties and early thirties, with live music by the team that brought you the hit Disco Jesus and the Apostles of Funk. We’re all looking for someone – I want You. Or whatever I can get. 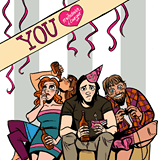 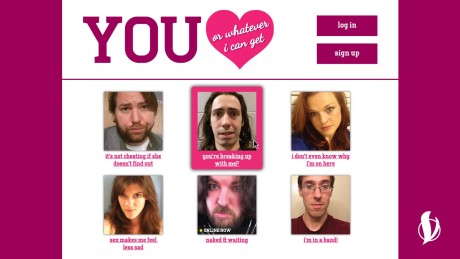 “*****“You, or Whatever I Can Get is poignant, hilariously funny, and moving all at the same time.”​
–Rick Westerkamp, DC Metro Theatre Arts 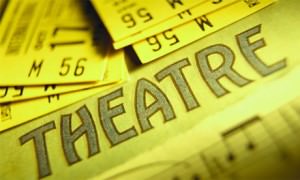 Check out photos from the 2014 Capital Fringe Award-winning Production by Paul Gillis Photography.