NEW POLITICAL PLAY IS BASED ON A TRUE STORY OF PARTISAN POLITICS, HOMOPHOBIA, BLACKMAIL AND TRAGEDY IN THE U.S. SENATE

HUNT: A Political Drama explores the dangers of extremism and demagoguery in politics through the lens of the Cold War era of the 1950s. The play, written and produced by U.S. Senate and House veteran Jean P. Bordewich, is based on the true story of Senator Lester Hunt, a Wyoming New Deal Democrat.While a member of Congress, Hunt battled homosexual allegations against his son and was blackmailed by Senator Joe McCarthy’s allies in the Senate with tragic results.

“Surprisingly, this story is not well known today even though it took place at a time of high drama in the U.S. Senate. I had no idea when I wrote it that the rise of Donald Trump as a presidential candidate and the horrific massacre in Orlando would make this historical drama about hyper-partisan politics and homophobia so tragically relevant,” Bordewich said.

The play opens in 1953. Republicans have regained control of both houses of Congress and the Presidency for the first time in a generation. But the Republican majority in the Senate is razor thin and precarious. Senator Joe McCarthy fans the flames of Cold War fears, accusing thousands of Americans of being communists. He also targets people he claims are a danger because they are homosexuals.

Hunt is one of the few Senators to challenge McCarthy. When Hunt’s son is arrested in Lafayette Park for soliciting sex from a male undercover cop, McCarthy’s allies at the highest level of the Republican leadership seize the opportunity to try to force Senator Hunt to resign so they can capture his seat.

Hunt resists repeated blackmail attempts by McCarthy’s friends, but they persist, pushing Hunt ever closer to the brink of tragedy.

Two generations ago, this story inspired the Pulitzer Prize-winning novel, Advise and Consent, by Allen Drury, published in 1959. The novel was made into a film starring Henry Fonda in 1962.

The Capital Fringe Festival is a vibrant, three-week showcase of new and experimental independent theater, music, art, dance and other kinds of live performance featuring more than 125 shows at 20 venues in Washington, DC, every summer.

Jean P. Bordewich has spent her life in and around politics, including many years as a Senate and House staff member. She started researching the story of Senator Lester Hunt when her office on the third floor of the Russell Senate Office Building was across the hall from the suite that once belonged to Senator Hunt.

Bordewich’s experience on Capitol Hill, including more than five years as staff director of the Senate Committee on Rules and Administration, brings to the script an insider’s understanding of the Senate that few playwrights have.

Bordewich’s last play, Marriage, Lizards and Love, is about the insidious and often unrecognized effects of buried trauma in our lives. It was produced at the Capital Fringe Festival in 2014. 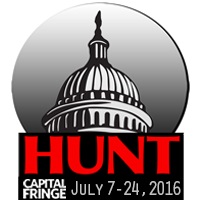