The first-year members of the Maryland Opera Studio present a semi-staged New Work Reading every year, but this year’s reading is unique. On February 10, the Maryland Opera Studio premieres the winning composition of the inaugural University of Maryland (UMD) Opera Composition Contest: Martin Hennessy and librettist Tom Rowan’s adaptation of Oscar Wilde’s short story The Young King, at The Clarice.

This competition, a collaboration between the UMD School of Music and The Clarice’s Artist Partner Program, required entrants to submit a proposal for an opera addressing a socially relevant topic along with examples of previous vocal writing. Hennessy and Rowan’s proposal was selected from more than 50 entries.

“What we appreciated about Martin’s proposal was not only the quality of writing . . . but also his desire to address a story that we could use as a mouthpiece for greater issues,” said Craig Kier, director of the Maryland Opera Studio. “Our goal in these works is not necessarily to show a polarized issue that creates opinions and dissent, but rather . . . something that can be a conversation piece.”

The Young King tells of a young goatherd who unexpectedly becomes king of a fantastical country. Anxiously awaiting the crown, scepter and robe he will receive at his coronation the next morning, he has three dreams that night about each piece of his attire and where it came from, and he realizes the price that others must pay for his regalia.

“It’s really about the moral education of a leader,” Hennessy said. “When he wakes up, he’s really educated. He really understands the ‘other.’”

In the wake of a historically divisive presidential election, this story resonates with audiences.

“It’s not just like a fairytale parable, good and bad, there’s some ambivalence in here, there’s some difficulty, there’s some complexity of what it means to take responsibility as a citizen and vis-a-vis a powerful leader,” said Hennessy.

Hennessy’s path to composition was an unconventional one. He held a fellowship at Juilliard for two years, serving as a rehearsal pianist and assistant conductor for masterclasses and opera productions. While Hennessy had little formal training, he learned French and German while traveling through Europe, which gave him the skills to be a vocal coach. Hennessy has since worked as a collaborative pianist in New York City, including work with the Metropolitan Opera’s educational program. Though self-taught, he draws on his experience as an accompanist and vocal coach in his composition.

“I’ve played so many scores . . . I’ve coached all of these great operas and music theatre pieces, and I feel like they’ve been my teachers,” Hennessy said, citing Ned Rorem, Aaron Copland, Béla Bartók, and George Gershwin as influences.

After meeting with the cast in September and premiering early excerpts from the show at NextNOW Fest, Hennessy worked with Craig Kier, director of the Maryland Opera Studio, and Justina Lee, principal coach and music director, to cast the nine first-year singers in the opera. He and Rowan finished the piece in December and will return to Maryland in February for dress rehearsals and the reading, Hennessy said.

“It gave me a sort of special fuel to write so specifically for those young artists,” said Hennessy, adding that he was able to write to the strengths of the singers.

Performing new works is a valuable experience for Maryland Opera Studio students, Kier said. Practically, they have the opportunity to connect with composers and librettists. Artistically, they perform roles written expressly for them and are challenged to create characters from scratch.

“There’s no recording that exists of this piece – they’ve had to learn it simply by going in the practice room,” said Kier.

An audience discussion following the piece will give Hennessy and Rowan feedback to help them further develop the piece, which Kier says is vital to encouraging new work.

“Long ago, composers had a lot more opportunity to try and then learn from what would they see as their mistakes,” Kier said. “The cost of producing new work has gotten to be so high that composers almost aren’t allowed to experiment.”

Hennessy said working on this opera has been a very positive experience.

“The group of students is really tightly knit . . . there was a lot of camaraderie and collegial support there,” he said. “The whole thing feels good – I hope it comes off as good as it felt through the process of writing it.” 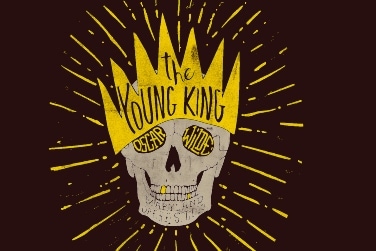 The Young King The Young King plays one night only, February 10, 2017, at 7:30 pm at The Clarice’s Gildenhorn Recital Hall – 8270 Alumni Drive in College Park, MD. The performance is free, and no tickets are required.