No way around it, this is a dark, harsh, and gritty domestic drama. For some, it may be too dark, too harsh, too gritty, perhaps a partner violence trigger. A fun, frothy, feel-good frolic this show is decidedly not. But it’s got a riveting story structure, creditable acting and direction, and cutting, high-tension dialogue that kept me on the edge of my seat.  For devotees of tight, intense playwriting, James E. Custer’s This Too Comes By Hard is a seriously terrific must-see.

Not incidentally, it’s also an auspicious debut for Unreal City Theatre, a brand-new company out of Harrisburg, Virginia. 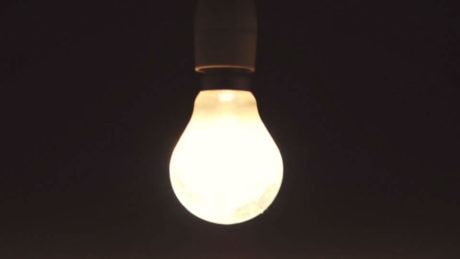 An oversized bare bulb hangs over the hard-scrabble digs of a young man and woman with clearly no money. There are a table and chairs and milk crates packed with books. Their toilet is an outhouse. They shower at a truck stop. The overhead bulb flickers on and off in the interstices between dimensions of their reality.

He’s jittery, wound like a knot. His restless leg quivers. He could explode at any moment. And he does. He barks at her abruptly in rage.

They’ve been together five years. She calls him “hon.” She loves him. His anger and aggression never wane. They do and deal drugs. Smoking crystal meth is their relaxant of choice. She brings up the subject of marriage. He doesn’t want to talk about it.

Lights shift abruptly. Their exchanges suddenly become voice-over. Music and sounds jolt. Like time is out of joint.

Her parents cut her off when she took up with him. His parents come for dinner. It is a disaster. He and his father have a confrontation. He chews her out in front of them.

Scott W. Cole directs with impressive acuity. Heidi Winters Vogel and Buddy Garrison as the long-suffering parents and Jessie Houff as the well-intentioned preacher embody the noble futility of adults when youth are determined to self-destruct.

And Will Browning and Angie Tolomei enact the young couple’s poisoned/impassioned codependency—her masochism a near match for his violence—with such fierce believability it at times made me wince.

So intense was their performance, in fact, that I was much relieved to read afterward in an interview with Tolomei on Unreal City Theatre’s blog that she and Browning have been friendly colleagues since their first meeting in rehearsal. (I share that for those who, in the wake of Chicago’s Profiles scandal, may wonder/worry during this show as I did.)

I was also interested to read this on the same blog from the playwright:

Being able to explore the way that people talk fascinates me. My main influences are Sam Shepard, Duncan Macmillan, Jon Fosse and others who experiment with dialogue and its forms. Playwrights who try to accurately portray real dialogue are who I’m drawn to, and that certainly influences how I write.

Smart traces of Shepard, Macmillan, and Fosse in This Too Comes By Hard are unmistakable. James E. Custer is a writer to watch.

This Too Comes By Hard plays through July 23, 2017, at the Eastman Studio Theatre in the Elstad Annex of Gallaudet University – 800 Florida Avenue. NE, in Washington, DC. Performances are captioned. For tickets call Ovation Tix at (866) 811-4111, or purchase them online.