The United States Naval Academy’s Department of Musical Activities’ production of Joseph and the Amazing Technicolor Dreamcoat is a feast for the eyes and ears. With lyrics by Tim Rice and music by Andrew Lloyd Webber, the musical, which appeared on Broadway in 1982 (and was turned into a movie starring Donny Osmond in 1999), tells the Biblical story of Joseph almost entirely through song. This production, directed by Brian Hissong with musical direction by Monte Maxwell, features wonderful singing, acrobatics, colorful costumes, and excellent lighting, which creates an unbelievable performance. 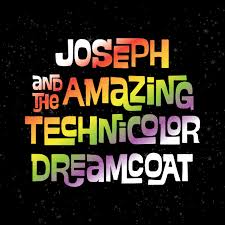 Scott Serrato dominates the stage as Joseph both visually and musically, getting every moment just right. He perfectly captures Joseph’s innocence in “Joseph’s Coat” leaping around the stage and twirling his coat. His despair is evident when he sings “Close Every Door” while lying on the ground. He sings “Close Every Door to Me” standing triumphantly, his voice filled with pride. He radiates authority in “Grovel, Grovel” and “Who’s the Thief?” and is almost scary in his power. Singing “Any Dream Will Do” after reuniting with Jacob (Peter Sinkovitz) is incredibly moving.

Madeline Reynolds as the Narrator is delightful and full of small yet poignant gestures. In “Go, Go, Go, Joseph” she reaches down to comfort Joseph. She frequently sits on the floor with the Children’s Choir and joyfully sings with them. She enchants as she helps to tell Joseph’s tale, whether in happy songs, like in “Jacob and Sons,” silly ones like “Potiphar” and “Stone the Crows,” or emotional ones like “Poor, Poor Joseph.”

Several of the brothers have moments where they get to display their comedic talents. Paul Johnson as Ruben shines in “One More Angel,” singing with an expert country twang. Hayden Burger is a comic delight as Levi, especially in “Those Canaan Days,” expertly parodying old-time French singers with exaggerated facial expressions and gestures. He even does a French-style dance with one of the women, full of dramatic steps. Colin Gallacher as Judah perfectly captures the island rhythm in song and dance in “Benjamin Calypso,” with ruffled sleeves and a flamingo atop his straw hat.

Elizabeth Loyal plays Potiphar’s Wife as a seductive contortionist, wrapping herself around Joseph and chasing him around the stage. Michael Ware is an absolute hoot as Pharaoh, doing an excellent Elvis impersonation. He struts around the stage during “Song of the King,” gyrating and sounding just like Elvis. It’s such a wonderful performance, he does it twice! He radiates sex appeal as he hands a scepter to Reynolds and she nearly swoons.

The costumes by A.T. Jones & Sons, with Charlene Carr as costume manager, are a bright spectacle. Joseph’s title coat is a masterpiece of different colors fitting together to make a dazzling display. He has several outfits throughout the show, including his time as a slave where he only wears a white loincloth; later, he changes into a short, velvet red cape, and ends the show looking regal in a long, sparkling, golden tunic with an Egyptian headdress.

Joseph’s brothers all have colorful, short tunics and shirts, and start the show wearing turbans. Levi, for instance, is dressed in orange and pink. Potiphar has a purple shirt, lavender jacket and pants, and a straw hat, while his wife looks like a 30’s movie star in a white dress and purple elbow-length gloves. Pharaoh is hilarious in his Elvis inspired getup, with touches of ancient Egypt, like short white shorts with a sash, and white frilly calf-length socks. The Narrator wears a sparkly purple top with a black dress, later changing into a glittery silver frock and white skirt.

Terrence Hissong as Scenic Designer has created a fun set for the cast to perform on. A cutout pyramid flanked by palm trees provides the backdrop, with tiered platforms serving as different levels. In the back center are two golden poles holding up a red curtain covered in hieroglyphics. Some of the more outrageous props are a camel and snake (who both sing), sheep, some of which end up being skeletons, and a golden chariot appearing from the wings.

The lighting, designed by Michael Klima, works wonderfully with the scenery and performance. During Joseph’s rendition of “Close Every Door” the lights turn low, suggesting a dark, windowless dungeon, and reflecting Joseph’s despair. In “Close Every Door to Me,” the lights shine in triumphant glory. Hunter McGavran does a great job as sound engineer, ensuring that every line sung by the actors is clearly heard, even when there are many voices.

The orchestra, led by Monte Maxwell as Music Director, is magnificent. Seated right before the stage, in front of the audience, their music beautifully accompanies the actors’ singing without overpowering them. And the songs are amazing, running the gamut from parody country songs like “One More Angel,” takeoffs of melancholy French numbers like “Those Canaan Days,” to emotionally powerful songs such as “Close Every Door” and “Any Dream Will Do.” The final number, “Megamix,” is a joyful celebration of music and dance and a compilation of the show’s songs.

Brian Hissong has done an outstanding job as director, as has Jodi Hissong as choreographer. Full of passion and high energy, the large cast navigates the stage and each other easily. The actors are incredibly athletic, leaping over each other and spinning as well as typical dancing. Their singing is spot-on, hitting every note just right, and they are skilled in getting both the comic and dramatic moments. Children’s Choir Director Allison Reisinger does a terrific job perfectly placing the children throughout the stage. The show is an absolute delight to watch. Their final performances are this weekend, so be sure to catch it!

Joseph and the Amazing Technicolor Dreamcoat plays through March 4, 2018 at Mahan Hall at the US Naval Academy – 121 Blake Road in Annapolis, MD. For tickets, call the box office at (410) 293-8497 or purchase them online.