Albert’s direction relied on what she had: a hilarious and witty script and moving performances by a stellar ensemble cast. If a cue card or two were hard to read from a seat at the edge of the audience, it’s a small complaint about an enjoyable night in the intimate space at St. Augustine’s Episcopal Church on Water Street. 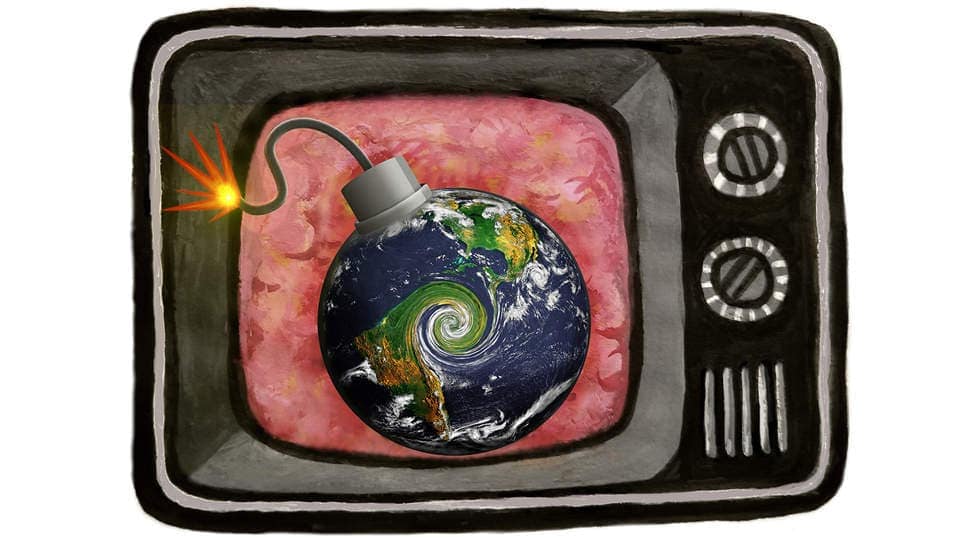 The show begins with Apoc-elipse, a hilarious look at the self-proclaimed divine celestial messenger, Maree, who can’t get her apocalypse plans straight as she struggles to control her male minions’ behavior, especially that of her roving-eyed boyfriend, Judas, who has a penchant for side-chicks. The costumes are on point: all wear t-shirts branded “Disciples of Maree,” because what’s a little marketing for a cult leader before her spaceship, called Heaven, comes?

After this opener, the plays only get faster paced, the dialogue sharper, and the performances stronger and more surprising. In Panel Discussion, a group of kids playing a video game argue childishly over the same arguments America—also perhaps childishly—can’t seem to resolve either: gun violence, gay rights, and race hatred. With much name-calling, the bickering devolves into a rage and violence that is shocking, with a loss so sharp, it numbs.

The Seed follows with a mesmerizing performance by Joe Marshall as young, teenaged, soon-to-be father, Abe, who admits he has “no idea what he’s doing” to the pregnant girlfriend who longs to go back to the high school life she’s losing. Marshall’s Abe is a revelation of how quickly contemplation of murder, with all of its terrible justifications, leads to a tragic end.

Pep Talk is perhaps the quietest and most moving of the five short plays. In it, a ten-year-old queer boy wants nothing more than paternal approval, while his middle-aged father is so terrified of his boy’s disappointment that he cannot answer the simple question, “Dad, am I good?” More than one audience member took a sharp breath at the narrator’s insight, “We all have to get our irreparable damage at some time.”

This Historic Night, a play about four television anchors reporting their own demise, was perhaps the bleakest and most searing, especially for an audience in 2018 Washington, DC. Playwright Jack Novak got his idea on election night 2016 while watching a set of network anchors watch in disbelief “as the floor was dropping out from under them.” This is not a political play—thank god—but a wry, witty, darkly humorous look at characters boiled down and wrenched away from their TV affectations into real people staring down the ridiculous circumstances into which they’ve thrown themselves, and how the consequences must be paid.

This Historic Night is a fantastic show. Go see it. 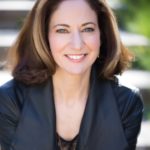 Christina Kovac is the author of The Cutaway, a psychological thriller set in Washington, DC. Prior to writing fiction, Kovac worked in television news. After a stint as weekend editor at WRC TV and senior editor at the ABC affiliate, she went on to work at the Washington Bureau of NBC Network News, as a desk editor and news producer on such stories as that of missing DC intern Chandra Levy. She is currently at work on her second novel.