The Mint Theater Company’s American premiere of The Mountains Look Different by transplanted Irish playwright Micheál mac Liammóir (born Alfred Willmore in London, 1899) is a classic production that examines an old-fashioned hard problem with heartrending drama. Is it ever truly possible to escape one’s past, even as life changes and time moves on? Or will the choices made in earlier years continue to haunt the present and impact the future? The powerful work engendered controversy when it debuted in Dublin in 1948; it continues to raise relevant socio-economic issues in its current engagement at Theatre Row.

Set in the beautiful but desolate and impoverished Irish countryside of Connemara, the story centers on the plight of Bairbre, just returned home to her native Ireland after thirteen years in London, and harboring a shocking secret about her life there. Married for three days to Tom, an innocent and loving man who is unaware of how she made her living in the city, she and her new husband plan to lead a simple existence on his “stern” father Martin’s farm. But that future is threatened when they arrive, Martin seems to recognize her from a past encounter, and she is faced with a fateful decision.

Referencing local traditions of song, dance, religion, and superstitions – most significantly, the portentous bonfires of St. John’s Eve on June 23, the night before Midsummer – the time, place, and culture of the narrative are recreated with convincing specificity. The set by Vicki R. Davis suggests the encompassing titular mountains, barn, and fields beyond Martin’s farmyard fencing and his central thatched-roof stone cottage, which opens up to a simple wooden interior. Props by Chris Fields visually fuel the increasingly intoxicated confrontation between Bairbre and her father-in-law (as he insistently refills their shots of “mountain dew”) and the dire omen of the smoldering piece of turf from the providential bonfire. Costumes by Andrea Varga contrast the more refined attire of Bairbre, Tom, and her uncle Matthew with the shabby clothing of the barefoot, dirty, and indigent farmers and rural villagers, and M. Florian Staab provides the sounds of singing birds and a barking dog, along with an ominous background noise that sets the tone for the heightening drama.

Under the direction of Aidan Redmond, the cast delivers all of the emotion and conflicts inherent in the characters and their situations, along with their authentic accents and passages of Gaeilge (the indigenous Irish language), with commitment and fluency. Brenda Meaney turns in a riveting performance as Bairbre, determined to return to the old homeland she abandoned for a better life with a man who cares about her, but challenged by the realities of the place, its people, and the truth about her years away. Her character waxes poetic about the glory of the landscape and the comforts of love, but that sympathetic attitude is interspersed with outbursts of anger and vulgarity, the revelation of her backstory, and ultimately, with her recognition of the need for personal reckoning. Con Horgan is equally compelling as her adversary Martin, the judgmental father-in-law who lauds Catholicism but doesn’t live up to its righteous tenets and embodies the old double standard for men and women in his mean, belligerent, and self-indulgent conduct. As Tom, Jesse Pennington brings kindness and compassion to the role, as well as unwavering support for his bride, though the actor’s tight-mouthed delivery is sometimes difficult to understand.

The supporting cast contributes well to the old-fashioned characterizations. Paul O’Brien is a standout as Bairbre’s more moneyed and cultivated uncle Matthew, as are Liam Forde as the disturbed Batty Wallace and McKenna Harrington as the young girl Brídín, facing the same struggles and aspirations that Bairbre did when she was a teen. Rounding out the consistently fine ensemble are Daniel Marconi as the vexing serving-man Bartley, Cynthia Mace as Batty’s protective aunt Máire, and Ciaran Byrne as the local priest, who too easily excuses Martin’s unacceptable conduct, describing him as “a good man.”

Along with its mid-century stylings and cultural authenticity, the period piece also recognizes an important ongoing feminist issue: Is it more difficult for a woman to find gainful employment than a man? Though her perspective has changed after being away and leading the life that she did, Bairbre may see the mountains of her restrictive childhood differently now, but they’re still as unyielding and insurmountable as they ever were. When present-day statistics on the gender pay gap in the US show that women still only earn 79 cents for every dollar made by men, the historic theme becomes all the more timely.

In its mission to present rarely-seen classics to contemporary American audiences, The Mint’s gripping US premiere of The Mountains Look Different is a well-chosen drama that effectively captures the historic style, while considering an unsettling human dilemma that still remains unsettled. And that’s what makes it a universal classic. 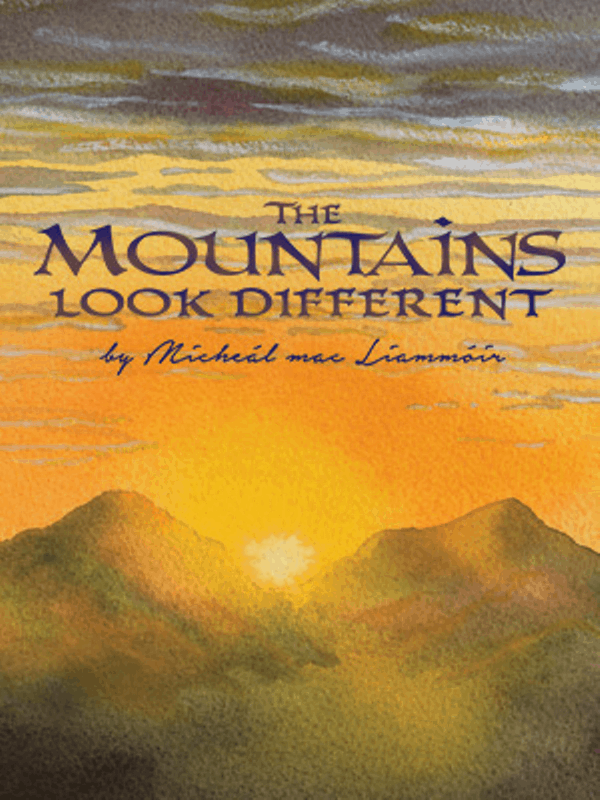 The Mountains Look Different Dress Rehearsal, May 29, 2019, from Mint Theater Company on Vimeo.