There is a lot to love about historical fiction, and writer/director Robert McNamara chose a good branch of history with the beautifully open-ended story of Amelia Earhart’s disappearance. Nonetheless, his 70-minute show Amelia, which is making its world premiere at Capital Fringe this year, falls short of the snappy, compelling, flashback-reliant storyline that the production attempts. 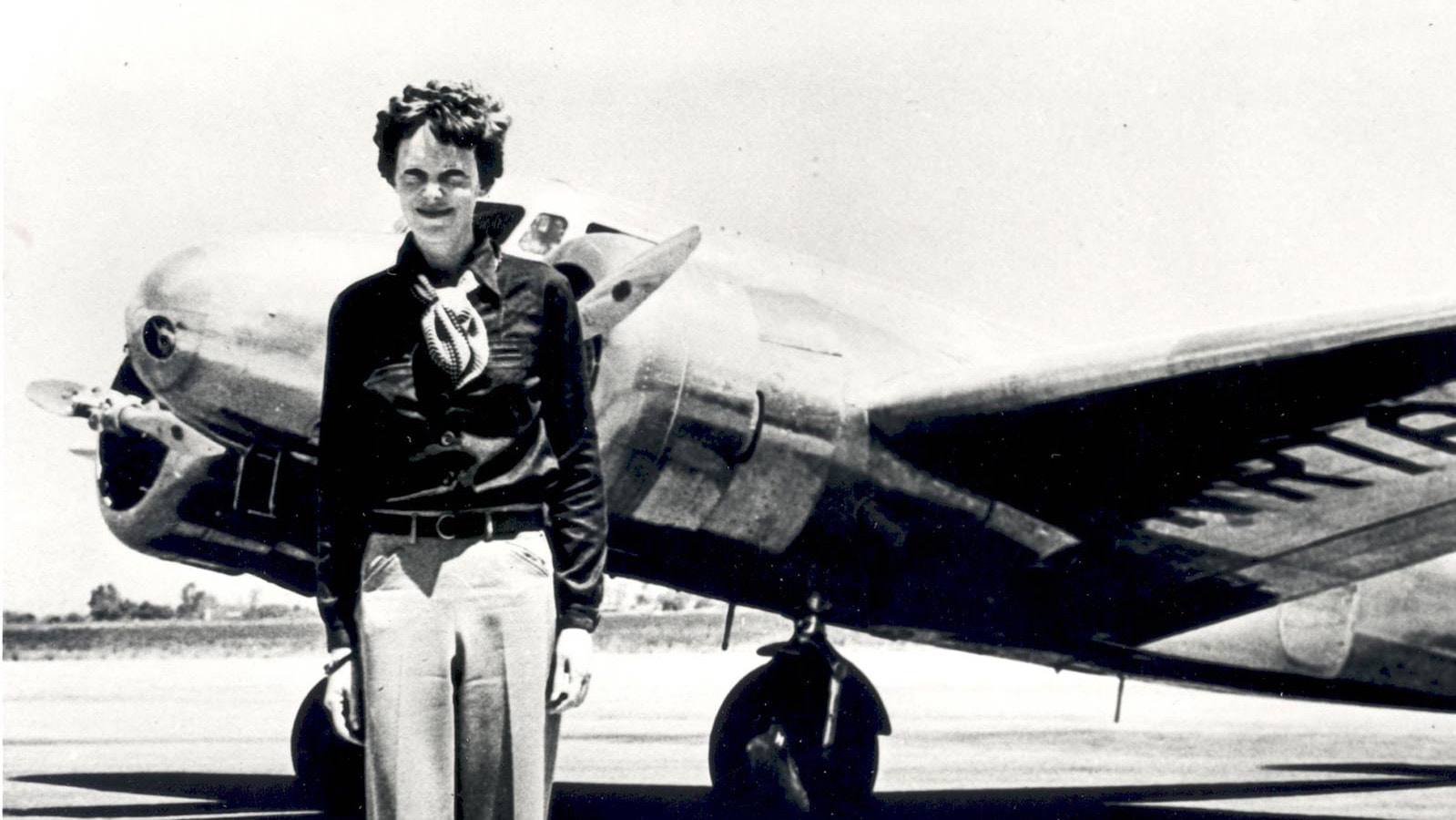 Amelia is a one-woman show centered fittingly on a woman made famous by her groundbreaking solo flight across the Atlantic. Played by Caroline Johnson, this hypothetical iteration of the famously disappeared female pilot is struggling through life after the plane crashes. Punctuating her current circumstances are flashbacks to childhood, early fame, and planning stages of the attempt to circumnavigate the world by plane. What this classic storytelling move requires technically is painstaking clarity of transitions between the past and present. Because we can’t fade out of a scene into a sepia-colored flashback, McNamara chooses instead to have sounds signal each temporal shift. This decision would have worked had there been technical consistency, but the poor timing of the sounds and the occasional mistakes made it nearly impossible to detect the pattern. The nonlinear approach can be fascinating, but without clear signs and execution, the viewer – and at times, the actress herself – gets lost.

Caroline Johnson was delightfully energetic, though we were warned in advance of her recent arrival to the play following actress Amelia Kennedy’s departure from the production a mere two weeks prior. The sudden shift explains a lot of the play’s difficulties, but Johnson’s decisions as the lead are still worth examining. The costuming was appropriately minimal, but quietly reminded us who we were watching, and Johnson chose a believable ’20s American accent at the beginning of the play that helped place us, even if she gave up on it halfway through. Her portrayal of Earhart was disappointingly girlish, and the rather bold story of a rather bold woman was told through more tears and batting of eyelashes than I cared for. I would have liked to see a stronger Earhart through decisions of the script and of the actress – one that didn’t appear so weepy and reliant on men.

Seventy minutes on stage alone is difficult – even more so when you aren’t fully comfortable in the play. Unfortunately, the discomfort showed throughout: Amelia Earhart was getting lost in time, and so was Johnson. She was thrown off by some mis-signals and forced to repeat two sections of the script. The more confused she became, the less I understood about where, or when, we were.

What strengths the play had in script and blocking – choreographer Kim Curtis picked three spots for three time periods that alleviated some, but not all of the confusion – it overwhelmingly lacked in continuity and grace. I’d love to see this production and this actress with some more practice under their belts, which will inevitably happen over the course of the next few weeks. For now, however, Amelia is a mystery best left unsolved and unseen.