Funny, sweet, and poignant, Colleen Hindsley’s one-woman show, That’s Not How It Happened, will resonate with anyone who misses their parents, has endured the torture of older siblings, or nearly drowns in insecurity from time to time. That should include most of us. 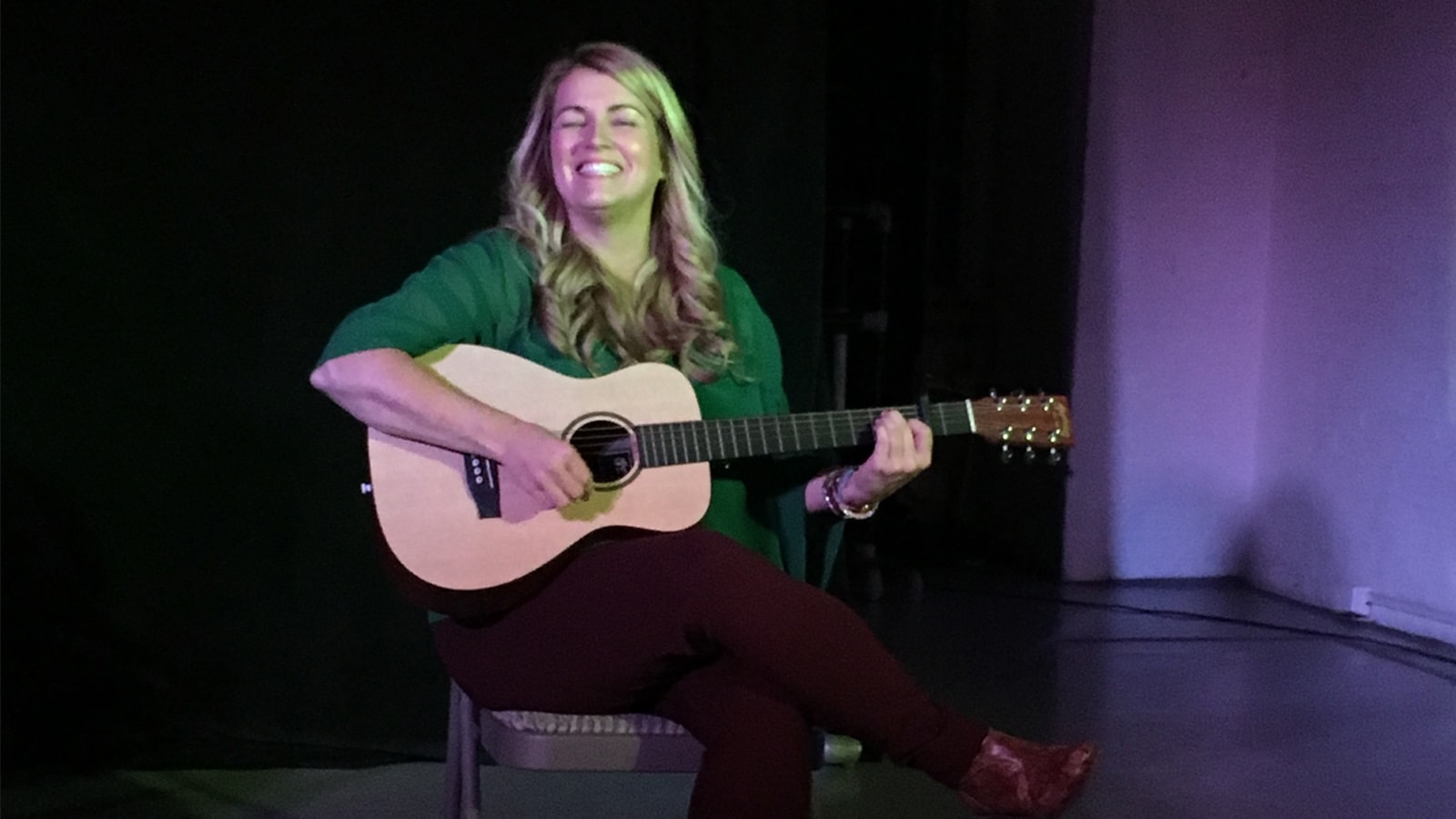 Hindsley grew up in King of Prussia, Pennsylvania where her parents owned a popular Irish bar. Decorated with random stuff her folks had collected from everywhere, she remembers the establishment looking like a St. Patrick’s Day celebration that had somehow blown up. Her Dad was a trained opera singer and raconteur. Mom so enjoyed dolling herself up that her own kids nicknamed her Fancy. The Hindsleys were not helicopter parents – especially to their sixth and youngest daughter who had to fight for attention. As a toddler, she once wandered off along a busy street clad only in a diaper and T-shirt. Mom’s solution? Attach bells to Colleen’s booties so she could be heard coming and going. Yet Dad loved to sing with Colleen, and would often push her into the midst of the busy bar to share an old standard with him.

Hindsley’s gift is to take the quotidian antics of her big Irish Catholic family and weave them into a fine narrative punctuated by snippets of pop songs, hilarious insights, and an unending search for self-esteem. Well-directed by Rachel Eckerling, her story is handsomely shaped into emotional highs, painful lows, and wry commentary. Performed in a plainer than plain room better suited to budget meetings, Hindsley’s performance nonetheless takes flight with a bare minimum of props and effective lighting. The recorded music is mostly well-chosen, although occasionally a bit intrusive. Her expressive face and strong voice transport us through a childhood and young adulthood rife with hazards but filled with heart.

The title of this show refers to the tricks of memory but what shines through loud and clear is the author’s enduring love for her late parents. Coaxing her into the bar for yet another duet, Dad would tell Colleen to “sing out, kid, sing out!” And so she does in this lovely evening of reminiscence.

Running time: 60 minutes with no intermission