A Christmas Carol, produced by PG County Shakespeare in the Parks and set in Victorian England, is a hauntingly lovely radio drama. It’s free and family-friendly, and a welcome reminder of the value of empathy in and out of the holiday season. 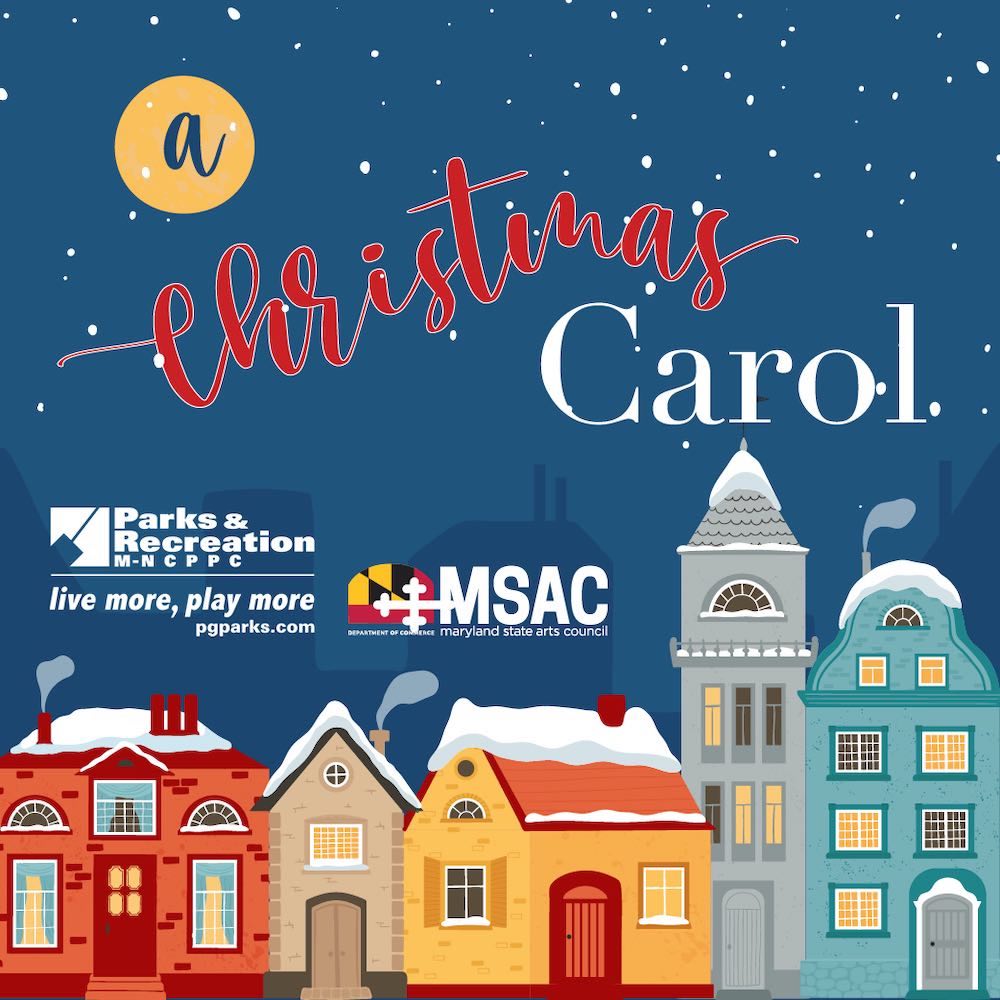 There are so many versions of A Christmas Carol, and so many memorable Scrooges; Alastair Sim, George C. Scott, and Patrick Stewart come to mind. If you read the novella, you will find that among the greatest pleasures of the story is the narrative voice of the author, one Charles Dickens. He describes his hero thus:

Nobody ever stopped him in the street, to say, with gladsome looks, ‘My dear Scrooge, how are you? When will you come to see me?’ No beggars implored him to bestow a trifle, no children asked him what it was o’clock, no man or woman ever once in all his life inquired the way to such and such a place, of Scrooge. Even the blind men’s dogs appeared to know him; and, when they saw him coming on, would tug their owners into doorways and up courts; and then would wag their tails as though they said, ‘No eye at all is better than an evil eye, dark master!’

Director Christopher Dwyer’s adaptation, happily, includes more of the narration than one often sees in other versions. There is an abundance of music: variations on traditional carols like “God Rest Ye Merry Gentlemen,” “We Three Kings,” and “The Holly and the Ivy.” Co-Music Composers Tori Boutin and Madeline Belknap also provide some strikingly fresh and appealing original work.

Lilian Oben’s lively Narrator sets the tone. Matthew McGee is an excellent Scrooge, entertainingly unsympathetic at first, and at the last bubbling with infectious glee. His Scrooge is a man isolated by his own greed, who opens up emotionally thanks to a traumatic intervention by his only friend and a series of supernatural visitors. His scenes with his sister Fan (Madeline Belknap) and his fiancée are among the first indications that Scrooge may have a softer side.

One highlight is the glorious performance of Edward Gero as Jacob Marley. He appears to be having the time of his life, and the sound of his voice is terrifying and hilarious at the same time. I am sorry to have missed his iconic Scrooge in the beloved Ford’s Theatre production.

Emmanuel West, as Scrooge’s nephew, Fred, emphasizes the laughter the character is known for, which works for a role that can sometimes seem unduly sentimental. Jack Schmitt’s Bob Cratchit, like Fred, a pleasant fellow, sacrifices everything for his family, and is rewarded in the end. Carol Spring’s Mrs. Cratchit has a more realistic view of Scrooge than her husband; but then, she doesn’t have to work for him.

Brianna Manente (Christmas Past) has a soothing voice that renders Scrooge’s sadness over lost opportunities even more affecting. Timothe Bittle’s Christmas Present is majestic and authoritative. The Ghost of Christmas yet to come is comprised completely of sound effects, featuring minor musical notes on the piano.

The sound design is simply extraordinary. (Sound Editor and Producer is Kristina Manente; Sound Engineer is Mackubin Owens; Sound Technician is Kirk Waltrick.) The clanking of Marley’s chains (which are made of cash-boxes, keys, padlocks, ledgers, deeds, and heavy purses), the bells, and the wind suggest ghostly presences. Above all, the music, which threads in and out, sparks the imagination as only an audio production can.

Scrooge’s initial cruelty and narcissism are reminiscent of a certain resident of the Oval Office. But no one will be coming to save him.

A link to A Christmas Carol: A Radio Play can be found on the Prince George County’s Shakespeare in the Parks website.

Maryland National Capital Parks and Planning Commission Arts and Cultural Heritage Division present this Audio Drama of A Christmas Carol. The program was created by Prince George’s Shakespeare in the Parks.