Norm Lewis, who can currently be seen starring in the Netflix film Da 5 Bloods by Spike Lee and the Hulu miniseries Mrs. America, has smashed the clock on Andy Warhol’s proverbial fifteen minutes of fame, with his distinguished decades-long career on the stage and screen, both large and small. His Broadway credits include Once on This Island, Sondheim on Sondheim, The Little Mermaid, Les Misérables, Chicago, Amour, The Wild Party, Side Show, Miss Saigon, and The Who’s Tommy, his groundbreaking role as the first African-American actor to portray the eponymous character in The Phantom of the Opera, and his highly acclaimed performance as the titular Porgy in The Gershwins’ Porgy and Bess – for which he received Tony, Drama Desk, Drama League, and Outer Critics Circle Award nominations.

In addition to his renown on the Broadway stage, Lewis has built an impressive resumé in both regional theater and Off-Broadway productions (among them, Sweeney Todd: The Demon Barber of Fleet Street, which earned him an AUDELCO Award), as well as on London’s West End, where he was seen as Javert in Les Misérables (and in Les Misérables: The 25th Anniversary Concert, which aired on PBS). He has also been featured in the TV broadcasts of Showboat, Norm Lewis: Who Am I?, New Year’s Eve: A Gershwin Celebration, American Voices, and First You Dream – The Music of Kander & Ebb, in the NBC Emmy-winning special Jesus Christ Superstar Live in Concert!, and in an assortment of prime-time series. His film work includes the spy-thriller Magnum Opus, Winter’s Tale, Sex and the City 2, Confidences, and Preaching to the Choir.

As a vocalist, the multi-talented star can be heard on The Norm Lewis Christmas Album and This is The Life, available in both physical and digital formats on Amazon, Apple, and other popular music platforms, and each December, Lewis brings his annual sold-out holiday show to Feinstein’s/54 Below to help ring in the festive season. Despite the ongoing pandemic shutdown of venues, the New York City tradition will be back again this year, as Lewis returns to perform a very special concert online, as part of the nightclub’s new streaming series 54 Below Premieres.

Directed by Richard Jay-Alexander and created with cinematic four-camera HD shoots, 54 Below Premieres: Norm Lewis will feature special appearances by Sierra Boggess (who co-starred with Lewis as Christine in The Phantom of the Opera), Pastor Bobby Lewis (Norm’s cousin), and a few surprises. The singing will be accompanied by Lewis’s three-piece band (Musical Director Joseph Joubert on keyboards, George Farmer on upright and electric bass, and Perry Cavari on drums and percussion), as Lewis and his guests perform material from his past shows, classics from his Christmas album, and some new songs he’s excited to debut as he reflects on 2020.

Norm (who is proud to be a founding member of Black Theatre United – an organization that advocates for activism in the pursuit of justice and equality for all Black people in the theater and communities across the country) was kind enough to speak with me for a rapid-fire interview about the show, his career, and the holidays. And I can assure you that he’s not just an amazing performer, he’s also a truly lovely human being and a real charmer!

Norm:  I’m excited to be back on stage, since everything’s been shut down for so long! 54 Below invited me back for the holiday show, which I’ve been doing there for the past five years. So actually to be able to do the concert from its home base, and not have to miss this year, is exciting, even though the audience will be seeing it virtually, not in person.

My all-time favorite is “The Christmas Song,” but this year it’s “Be Aware,” written by Burt Bacharach and Hal David. It’s not even a Christmas song, but it’s in the show because I love the message.

That’s a good question. I would have to say “Home” from The Wiz, because it was my introduction to the theater.

The live reaction. That live energy. That’s what we feed off of as performers.

Specifically with the Christmas shows, I would usually do six shows a week, with 200 people a night, so it’s a limited audience. This way, with streaming it online, people around the world can see the show. I’ve already heard from fans in Japan and Europe and other places, who are happy to get to see this year’s special concert.

I would say, on a larger scale, Sidney Poitier, Paul Robeson, Sammy Davis Jr., Johnny Mathis. But on a more personal scale, my manager Jeremy Katz has been a big supporter of my career from the beginning, and Richard Jay-Alexander, who directs my shows, has had a huge influence on my style and the message we want to put out there.

This time of year, people – even if they don’t like you! – tend to be in a good mood. The holidays soften people emotionally, psychologically, spiritually. People are much nicer during this season.

I’m not a big Christmas gift receiver in general, but I want to be able to connect with family and friends via Zoom or phone, to communicate, to laugh, and to share memories. I think that’s a beautiful thing.

If female, Lizzie; if male, Eddie. I like the names. And I’ve said to myself, if I ever get a pet – I’d love to have a dog, but I travel too much – I would name him Eddie, since I’ve played three different characters named Eddie!

I know this sounds like I’m trying not to answer the question, but all of them are special; they’re like my babies! I’m known for Phantom, Porgy, and Javert, but I have fond memories of each role I’ve done.

We – my director Richard Jay-Alexander, my musical director Joseph Joubert, and I – went back and forth, and decided at that point on the songs we did at 54 Below. But we also wanted to include ones that fit the theme and the spirit of the holidays, like “Bring Him Home” from Les Misérables and “Fever” – we stuck a little “Jingle Bells” in there to make it work! There are eighteen songs on the one-hour album, and they all fit.

This year, yes. I am definitely going to start eating more vegetarian style. Since the pandemic started, I’ve been cooking more at home, and I’ve been wanting to eat more fruits and vegetables. There are still times when I want a hamburger, but I think I’m going to do an 80/20 split towards a vegetarian diet.

I have! It’s been rare, but lately I’ve been pretty good about it.

For us to get past the pandemic in any way, shape, or form, whether it’s with a vaccine, or developing immunity, or, as with SARS, it just goes away.

Thanks, Norm, for sharing a fabulous 15 minutes with us; it was a pleasure to talk to you! All good wishes for the holidays, and with the show. 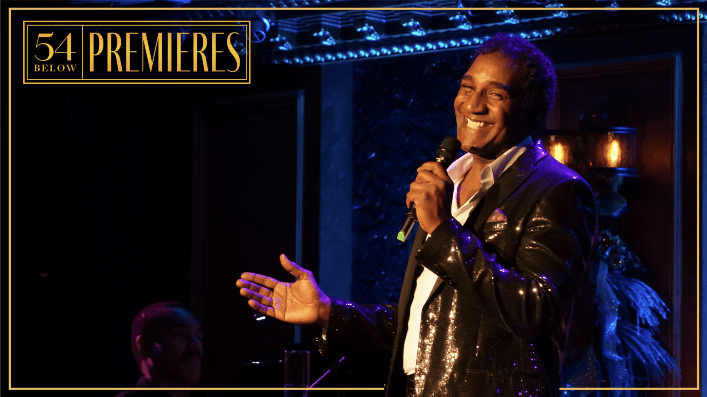