As part of Adelphi University’s Live from Adelphi concert series, Tony-nominated Be More Chill composer Joe Iconis and his close-knit group of collaborators (lovingly known as Iconis and Family) will stream live on Sunday, April 11, at 5 pm, at the University’s Performing Arts Center – one of Long Island’s premiere venues for entertainment and culture. Following the on-stage concert’s virtual debut, a recording will be available for streaming through midnight on Wednesday, April 14, for fans who can’t catch it on Sunday, or can’t get enough of these phenomenal talents and want to see them again!

A native of Garden City, where the Adelphi campus is located, Iconis will be joined by cast members from his popular shows, including Broadway and Off-Broadway stars Will Roland (Be More Chill; Dear Evan Hansen), Lauren Marcus (Be More Chill; The Jonathan Larson Project), Jason SweetTooth Williams (Be More Chill; The Black Suits), Badia Farha (Broadway Bounty Hunter; School of Rock), and Lorinda Lisitza (The Joe Iconis Christmas Extravaganza; Berlin to Broadway). In signature style, the Joe Iconis and Family “Unplugged” concert will feature a mix of Iconis originals, classic show tunes, rock and pop-culture favorites, and fun-filled banter and interactions.

Joe told me, “I am so beyond ecstatic to be doing my first onstage performance in well over a year. The fact that the show is happening in my hometown of Garden City, Long Island, is almost too perfect. This year has been a nightmare and I’m glad to finally see some light at the end of the tunnel. Turns out the light is a spotlight and Iconis and Family are ready to step into it. Here we go.” 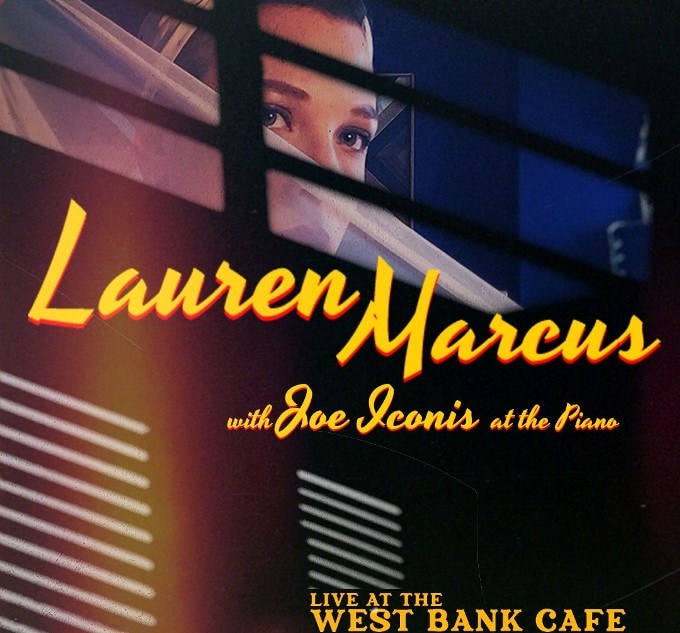 In addition to Sunday’s show, Marcus and Iconis are performing live sets at the West Bank Café, following the successful GoFundMe campaign they championed to save the 42nd Street restaurant and nightspot during the pandemic shutdown. Their next appearance is Thursday, April 8, with vocals by Lauren and Joe on piano. To check the upcoming schedule of dinner music at the West Bank and to reserve a table, visit the website. 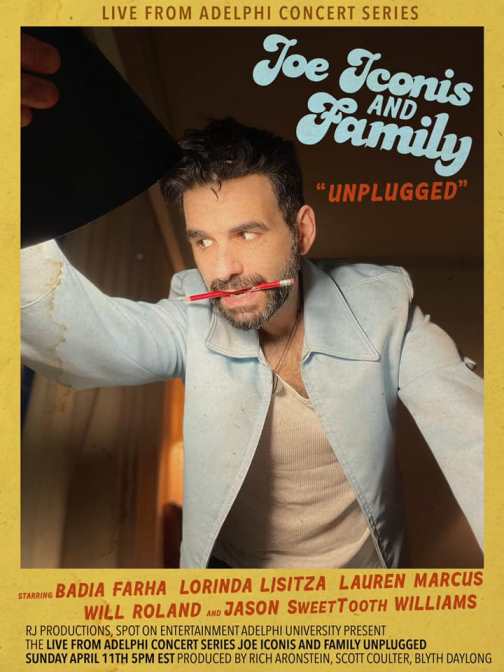