With the extended shutdown of theaters during the past sixteen months of the pandemic, many favorites of the Broadway stage have crossed over to the big and small screens. Making its global debut on Apple TV+, Schmigadoon! is one such production with a star-studded cast and a hilarious self-referencing theme.

Launching with two 30-minute installments today, the new six-part musical comedy series – co-created by Cinco Paul and Ken Daurio and directed by Barry Sonnenfeld, with Lorne Michaels serving as Executive Producer – is a colorful parody of iconic musicals of the Golden Age, with original songs by Paul and choreography by Christopher Gattelli that cleverly reference the greatest show tunes and production numbers of the past.

Emmy Award nominee Cecily Strong (Saturday Night Live) and Emmy winner Keegan-Michael Key (Key & Peele) star as an unmarried couple determined to revitalize their relationship by going on a backpacking trip. Along the way, they come upon a magical retro-town in which everyone is singing, dancing, and living in a studio musical from the 1940s (which he hates). They soon discover that it’s a place they can’t leave until they find the “true love” they thought they already had.

They are supported by a top-notch artistic team, with a production design by Bo Welch, and period-style costumes by Tish Monaghan, hair by Julie McHaffie, and make-up by Rita Ciccozzi. 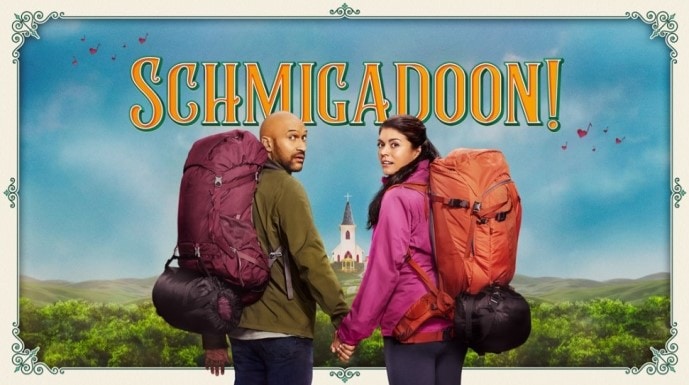 For a preview of the show, watch the trailer below: