Starting this weekend, Creative Cauldron presents their 2021 Summer Cabaret and Concert Series in an all-outdoor format, with adherence to social-distancing protocols. Performances are scheduled for every Friday and Saturday through August, and feature an array of performers and bands. Patrons are encouraged to come in groups, and outside food is allowed. Roz White takes the stage at 7:30 PM Friday, July 23, 2021, with Turntable Dreams, followed by DC Legends The Kennedys at 7:30 PM on Saturday the 24th.

Roz White – Turntable Dreams – Friday July 23
Roz is a vocalist, actress, motivational speaker, and teaching artist. She starred in and received stellar reviews for her self-penned cabaret Pearl Bailey… by Request. A Washington, DC native, Roz graduated from Duke Ellington School of the Arts and Howard University. This concert is inspired by the warmth and nostalgia of Roz’s personal record collection, and her early musical inspiration gazing at album covers and reading the liner notes from artists like Gladys Knight and Luther Vandross. Expect familiar hits, paired with Roz’s soulful voice and musicianship.

The Kennedys – Saturday July 24
The Kennedys spent many years living and performing in Northern Virginia, most recently at Creative Cauldron, to mark the 25th anniversary of their debut release, “River Of Fallen Stars”. Hear Pete & Maura Kennedy perform songs from this album, plus a mix of your favorites and requests from their vast catalog. Come celebrate all that makes The Kennedys who they are: their harmonies and instrumental prowess, blending elements of country music, bluegrass, Western swing and janglepop, and a homecoming for these local legends. 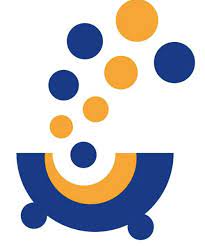 Creative Cauldron is a non-profit whose innovative programs in performing and visual arts embody collaboration, experimentation and community engagement. Founded by Producing Director Laura Connors Hull in 2002, the company’s home is ArtSpace Falls Church, a flexible arts space and venue for year-round classes, live theater, music, dance and visual art exhibits. Programs are presented in part through grants from the Virginia Commission for the Arts, The National Endowment for the Arts, the Arts Council of Fairfax County, the City of Falls Church and the Little City CATCH Foundation.