As was previously announced, the 74th annual Tony Awards, presented by the American Theatre Wing and The Broadway League, will take place on Sunday, September 26, beginning at 7:00 pm, with a reduced field of eighteen shows eligible for this year’s honors. In addition to the limited number of nominees, there will be other significant changes to the long-awaited celebration of the best of Broadway, postponed as a result of the COVID-19 pandemic.

Broadcast live since 1967, traditionally on the CBS television network, the event will begin with the presentation of the awards for the 2019-2020 Broadway season streaming live from 7:00-9:00 pm, exclusively on Paramount+ (a subscription-based part of the ViacomCBS mass-media and entertainment conglomerate). Immediately following the ceremony, the Tony Awards will present Broadway’s Back!, a spectacular concert event airing live on CBS TV from 9:00-11:00 pm, and available to stream live and on demand on Paramount+ and the CBS app.

The unprecedented program will celebrate the return of live theater with a star-studded line-up of Broadway artists and Tony-winners reuniting on stage to perform a selection of musical classics. There will also be special performances from the three shows nominated this year for Best Musical (Jagged Little Pill; Moulin Rouge! The Musical; Tina – The Tina Turner Musical), followed by the live presentation of three of the top Tony Awards – Best Play, Best Revival of a Play, and Best Musical – with other winners celebrated throughout the broadcast. 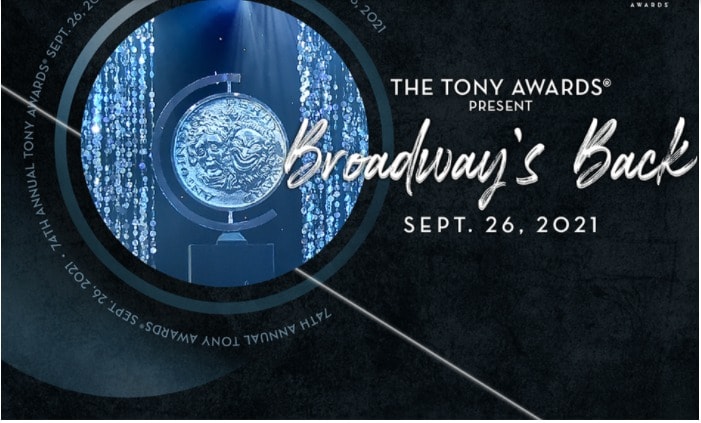 And it was just confirmed today that, for the second time in history (the first was for the 29th annual Tony Awards in 1975), the show will take place at Broadway’s Winter Garden Theatre, located at 1634 Broadway, where The Music Man is set to begin performances on September 9, with an official opening date scheduled for October 15. Due to limited capacity and COVID-19 protocols and regulations, there will not be any public tickets available for purchase for this year’s Tonys or Broadway’s Back! concert at the theater; general audiences will be limited to viewing remotely, on TV or online.

In a joint statement, The Broadway League President Charlotte St. Martin and American Theatre Wing President and CEO Heather Hitchens noted, “After this devastating past year-and-a-half for our industry, our city, and for the entire world, we are excited to finally be able to celebrate the return of Broadway, our Tony Award nominees and winners in this new and exciting format. There is nothing that compares to the magic of live theater – and we are thrilled to be able to share its celebratory return and the incredible talent and artistry of the abbreviated 2019–2020 season with theater fans everywhere.” 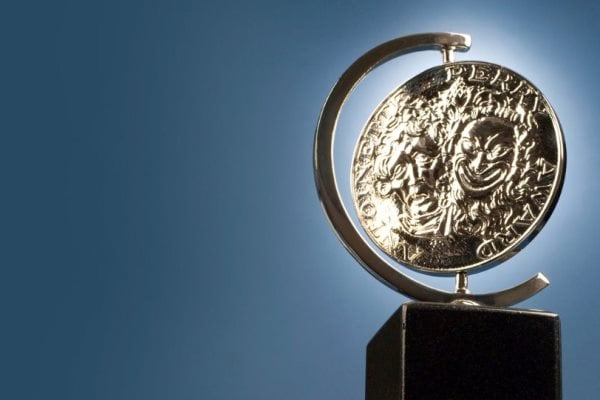 Jack Sussman, Executive Vice President, Specials, Music, Live Events, and Alternative Programming at CBS Entertainment, agreed: “We are thrilled to bring the best of Broadway to television viewers who have been through so much without the joys, comfort, and excitement that live theater provides. With the combined power of CBS and Paramount+, the show will honor this year’s Tony Award nominees and winners in a new format unlike any other, and celebrate the iconic music, memorable performances, and unique personalities that make Broadway so special.”