The actor RJ Brown appears as Leo in Suzan-Lori Parks’s White Noise (running through February 20 at Studio Theater), and he really does play a slave — owned by his white friend Ralph. You cannot watch Brown’s performance in this shocking role without feeling agitated and aghast.

Here is how I described the scene in my blown-away review:

It’s a chilling tableau, an indelible image with a horrific history. Leo and Ralph are alone in [Ralph’s] apartment. Leo stands on a coffee table wearing a shirt that says SLAVE and around his neck an iron collar with four prongs such as was once used to punish and prevent the escape of actual enslaved Africans. Leo is not play-acting. This is not an S&M scene. It’s no joke. Leo is doing as he was ordered by Ralph, his master and overlord at the moment, and Leo is dissolving in agony.

Watching Brown’s performance, I could not but be awed:

Brown is magnetic as he takes us steadily and credibly from Leo’s engaging opening monologUE (in which he explains that his good friend Ralph gave him a white noise machine to help him sleep) to the pained depths of his demeaning.

Brown agreed to talk with me about it. We met in the sunny third-floor atrium at Studio between performances on a two-show day. I found him relaxed, open, warm, gracious — not at all what might be expected after the trauma he had just portrayed on stage.

John: How did you come to be cast in White Noise, and what were your first thoughts when you got the part?

RJ: I love Suzan-Lori Parks and when I got an audition before Thanksgiving I was elated. I had a bunch of auditions that week, so I only memorized the [opening] monologue. Did the audition, got a callback, got the show. Then I sat down and read the script from beginning to end, and I was like, How do I digest this!?

White Noise is a provocative play. It doesn’t comfort its audience. It’s Suzan-Lori Parks: at times light and entertaining, at times deep and dark. What has been your experience from the stage of how audiences are taking it, what audiences are making of it?

That is a question we as the actors talk about every single night. Suzan wrote a very light yet deep yet scary yet funny play. And because it takes such a sharp turn, audiences that feel comfortable in knowing this play can be funny, despite the dark humor, give us more energy. Susan did a great job — the joy of it is that there is darkness and there is lightness sometimes at the same time. For the actors, our favorite audiences allow themselves to feel both.

How do you think about the character you play, Leo? How did you approach the part?

There’s a lot of text, so the first thing I did was memorize a bunch of words. Once the words were in my body, it became a different show for me. I could actually hear what Suzan means by the subtleties of certain words she chooses. There’s a rhyme to the reason.

What does the role mean to you?

Since the memorization is now in my body, Leo has become someone I feel for. My main goal is trying to get the audience to understand why he would do his extreme experiment [ask Ralph to buy and own him]. When I read it, I was like, I would never do this; this doesn’t make any sense. But after doing the experiment eight times a week, Leo and I are pretty close now. I’ve come to understand Leo, and I want the audience to see and understand Leo also.

Leo has an extraordinarily intense character arc in the play. I was knocked out by how your performance managed the challenge of the role. “The world is breaking my spirit…” Leo says at one point, and we see that, we feel that.  He goes from affable to fighting back tears to traumatized before our eyes.

How have you personally dealt with all of what Leo goes through emotionally and psychically in the play?

Leo’s arc is exhausting and expansive. One day for rehearsal only Ralph and I showed up and we ran every scene in order. The relationship changes quite a bit. So now as I run it, I’m able to track and understand it as I go along.

If you’re talking about emotional self-care, I need to take a minute by myself after the [slave] collar scene. There’s a lot of me separating RJ from Leo. I just need a dark corner to like think through it, then go back on stage.

After the show’s over, I go home, watch The Sopranos, sit on my couch, drink a lot of water, take some Ricola. I talk to my girlfriend [back in Brooklyn]. I remind myself that the show is separate from who I am.

The journey you go into with that character is really a major performance. I hope it gets seen —

I hope it is too.

Besides being an actor, you’re also a producer at Floor 1 Productions* and a director. What have you learned from the creative process at Studio and from Reg Douglas’s direction in particular?

He’s a smart guy who plays it down. Reg trusted us to play and figure this out. And because it’s such a huge undertaking — the biggest undertaking I’ve ever done as an actor — he allowed us to find things at our own pace. Reg allowed us to blossom ourselves. He gives a lot of freedom. He would give us suggestions, not demands. And a lot of the blocking came from organic movement. We would ask, What does this mean? And he goes, What do you think it means? And we would answer. And then we would agree, find a common ground.

I sensed on stage a kind of trust implicit in the staging.

What behind the scenes was done to work out the physical intimacy and the racial tensions in the play? How does a cast of this configuration come to trust one another on all those levels?

We are all extremely professional. Each of us had our own way of dealing with whatever character arc that we are doing. And one beautiful thing we’ve all done organically is finding the common ground together. So for example, every day after the show, literally after the turntable turns, the four of us huddle up and we hug each other. Before we start, we huddle up, and we hug each other in between scenes. After the [slave] collar scene, I don’t take the collar off; Quinn [Franzen, who plays Ralph] takes the collar off of me and we hug. It’s really beautiful. We find these little touch-and-goes, moments that allow us to know: you’re Quinn, you’re not Ralph; I’m RJ, I’m not Leo. We’re doing a play. Good to see you. We do this tangential check-in then also allow ourselves space. Because my character has such a wide arc, I need a good amount of space before and after. And they allow that to me, which is great.

This morning I had an interpretive thought about your character and the play and I want to run it by you.

Leo has an idea that incites the action of the play. He gets the idea in the shower the morning after he experienced his vulnerability to police violence. His idea is that if he as a Black man is owned by and under the protection of a big somebody, Ralph in this case, who is white, he will be safe. That concept applied to race in white supremacy today is shocking and offensive. We have to suspend disbelief to go along with Parks’s play at this point because it seems so fictional and surreal. If you do go along, it’s worth the ride, but it’s a leap.

The very same concept applied to sex in male supremacy is ordinary and unremarkable: Individual women choose to be owned by a big male somebody for protection and safety all the time.

— in male supremacy, individual men’s power of possession over a woman goes to men’s heads all the time.

Every day. Patriarchal society. It’s not only race, it’s doubled; it’s compounded by race and sex.

When I was reading this play the very first time, the leap [Leo’s being owned by Ralph] was extreme, but after doing the play for a couple weeks, the extremity of the leap is less so because Parks makes a huge point of white noise — literally meaning the machine and then the grand idea of it. Safety is a concept that Parks is using literally with me being a slave to Ralph. But metaphorically speaking, whiteness is a so-believed safe space. That safeness, that white noise, that whiteness, that vast ocean of it, is like, Oh, I’m safe here. And I think that’s what Leo is looking for.

What do you tell people when you tell them why they should see the show?

What didn’t I ask that you feel needs to be said?

At this point, I am interested in how the show is being received. I would love for people to send us your thoughts about the show. It is the only thing I am thinking every night after I finish the show: What are people getting from this? I know what I get, but I’m in it. I want to know what it’s doing for other people. Who do you think this play is for? Is it for people of color or is it for white people or is it for both? I just am interested in what other people are thinking of the play, and I would love to know. So email Studio Theatre [info@studiotheatre.org]. It’s my call to action. 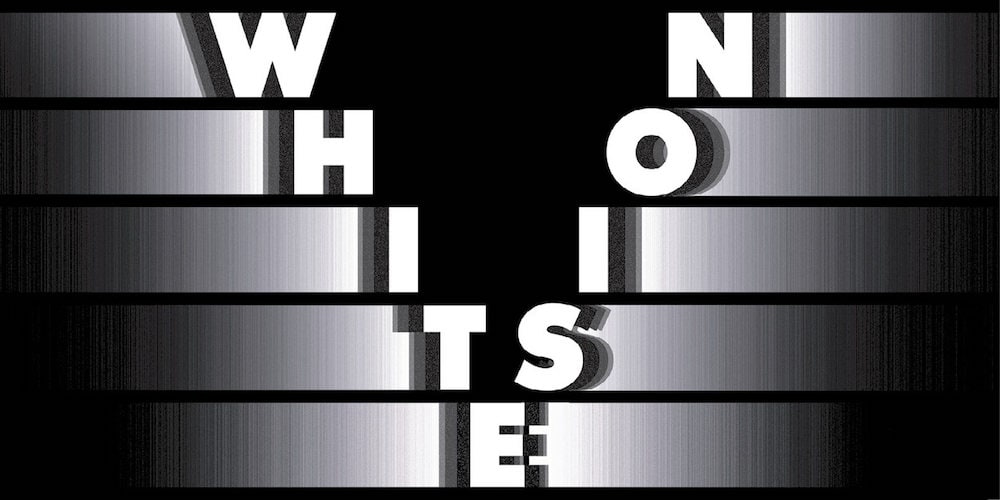 Running Time: Two hours and 30 minutes including a 15-minute intermission.

COVID Safety: Proof of vaccination (or a negative COVID test) and facemask are required. Studio Theatre’s complete Health and Safety protocols are here.

RJ Brown (he/him) is an actor and filmmaker in Brooklyn. His theater credits include MOPE at Ensemble Studio Theatre and numerous plays and musicals at The Muny in St. Louis. His most recent professional television credits include Caleb in 13 Reasons Why and Thomas West in The Carrie Diaries, with recurring roles in Girls, The Blacklist, Blue Bloods, and The Breaks. Film credits include The Frontrunner starring Hugh Jackman and The Land of the Steady Habits directed by Nicole Holofcener. RJ currently serves as the co-founder of the production company Floor 1 Productions. He holds a Musical Theatre degree from the University of Michigan and is on Instagram at @rjbrownjr.