Sometimes you have no idea where your career path will take you. Lee Mooring was just minding his own business serving our country as a member of the U.S. Air Force. When asked to produce a Christian event for believers in his community everything changed.

With no theatrical experience, Mooring rented a hotel room, purchased a script, and became a producer. At the end of the evening, he got up in front of the audience and said there would be a second play coming soon. When there wasn’t a suitable script for him to purchase, Mooring wrote his own play and eventually started his own production company called All About One. The company is named that because God revealed to Mooring that all of his efforts are to glorify Him and bring “one” person to accept the free offer of salvation in Christ. 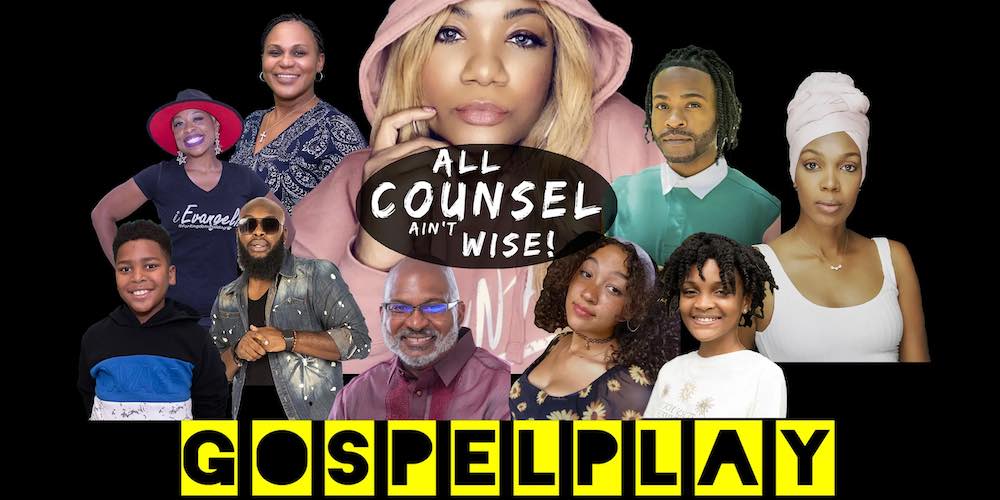 The company’s latest result is All Counsel Ain’t Wise.

The plot for the show is as follows.

Follow the life of an African American Christian family as they face common challenges. Rochelle played by veteran actress Shakara Monique is a mother, wife, and advertising executive who is excited about moving up the cooperate ladder. Her faith in God continuously provides her with strength and comfort during both the good and bad times in her life. Along with her barely working, somewhat freeloading sister, she supports her family in battling attacks from the enemy at every turn.

The production is co-directed by Algiers Diamond and Renita Coles.

All Counsel Ain’t Wise will be performed Saturday, June 11, 2022, at 7:00 PM presented by All About One performing at Colonial Forge High School Theater, 550 Courthouse Road, Stafford, VA. Tickets are $35 and can be purchased by clicking here.