The John F. Kennedy Center for the Performing Arts announces its 2022–2023 theater season featuring the return of the Kennedy Center’s acclaimed, self-produced Broadway Center Stage series, thrilling Broadway plays and musicals, and exciting world premiere new works for young people. Subscriptions are now on sale via the Kennedy Center website or by calling (202) 416-8500.

“It is a joy to be back at the Center this season with so many patrons excited about live theater,” said Jeffrey Finn, Vice President and Executive Producer of Theater. “The past two years have made us realize how crucial the performing arts are to our lives, and I am delighted to announce a theater season that runs the gamut from Kennedy Center-produced productions to new Broadway blockbusters, insightful plays, and iconic shows.” 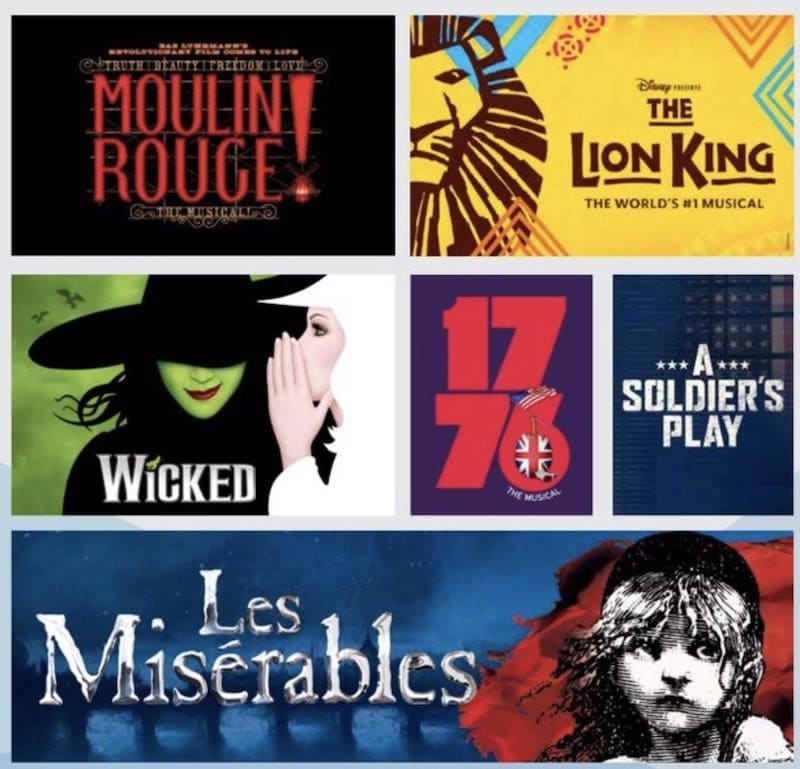 Since launching in 2018, Broadway Center Stage—the starry, smash series of Broadway musicals produced exclusively for Kennedy Center audiences, featuring the Kennedy Center Opera House Orchestra—has quickly established itself as one of Washington, D.C.’s hottest tickets. The series returns for the 2022–2023 season with three new productions of Tony Award® winners for Best Musical. First, Marc Bruni—director of 50 Years of Broadway at the Kennedy Center and the Broadway Center Stage productions of The Music Man and How to Succeed in Business Without Really Trying—returns to helm the quintessential favorite musical comedy, Guys and Dolls. Then, Tony Award® winner Stephanie J. Block (The Cher Show, Falsettos, Wicked), who brought the house down at this year’s 50 Years of Broadway at the Kennedy Center concert, takes on the iconic role of Norma Desmond in Andrew Lloyd Webber’s Sunset Boulevard. The season finishes with John Kander, Fred Ebb, and Terrance McNally’s dazzling Kiss of the Spider Woman.

In the spring, for three weeks only, April 11–29, Cameron Mackintosh’s acclaimed production of Boublil & Schönberg’s Les Misérables makes its triumphant homecoming to the Kennedy Center Opera House where the Tony Award®–winning musical phenomenon originally made its pre-Broadway American debut in 1986. 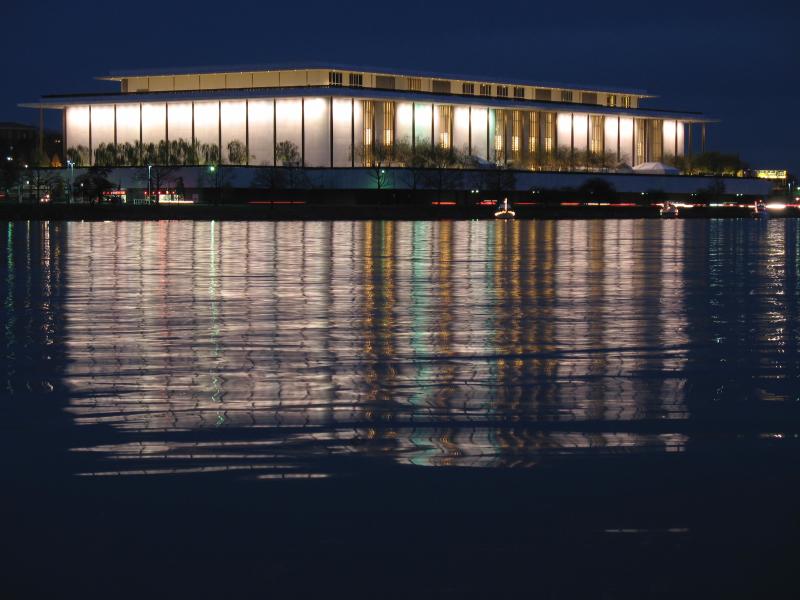 Kennedy Center Theater for Young Audiences has brought more than 100 world premiere commissions to the stage for audiences of all ages in Washington, D.C. and on tour across the country since 1986. That legacy continues with two new world premiere commissions. Kennedy Center Education Artist-in-Residence Jacqueline Woodson’s #1 New York Times bestseller The Day You Begin will be adapted into a brand-new musical by Woodson and composer Toshi Reagon. The story about feeling like an outsider and finding the bravery to go forth anyway comes to the Family Theater, November 19–December 18, 2022. In the spring, Mary Winn Heider adapts her hilarious screwball comedy, The Mortification of Fovea Munson. With music and lyrics by Justin Huertas, this new musical about how Fovea’s summer spent assisting in her parents’ cadaver lab gets turned quite literally on its head runs March 4–March 19, 2023 in the Family Theater. The complete Performances for Young Audiences season will be announced at a later date.

Another exciting production for families, Bluey’s Big Play, arrives at the Eisenhower Theater, November 22–27, 2022. This new theatrical adaptation of the Emmy Award®–winning children’s show brings Bluey to the stage for the first time.

The Kennedy Center continues to prioritize the health and safety of artists, staff, and patrons. Current protocols can be found here and will continue to be updated as they evolve.

Broadway Center Stage: Guys and Dolls
October 11–16, 2022 in the Eisenhower Theater
Directed by Marc Bruni, this is Broadway at its show-stopping best. Hailed by many as the perfect musical comedy, this Tony®–winning favorite follows a rowdy bunch of gamblers, gangsters, and sassy showgirls in a wild game of chance and love. Set in bustling 1950s Manhattan, Guys and Dolls features some of Frank Loesser’s most memorable tunes including the hilarious “Adelaide’s Lament,” the romantic “I’ve Never Been in Love Before,” and the crowd-pleasing “Luck Be a Lady.”

The Day You Begin
November 19 – December 18, 2022 in the Family Theater
Most enjoyed by ages five and up
This world premiere commissioned musical is based on one of Kennedy Center Education Artist-in-Residence Jacqueline Woodson’s most popular picture books, a #1 New York Times bestseller illustrated by Rafael López and featured in its own episode in the Netflix original show Bookmarks: Celebrating Black Voices. Adapted by Woodson with music by Toshi Reagon and direction by Charlotte Brathwaite, The Day You Begin is a poignant and heartening musical about finding courage to connect, even when you feel scared and alone.

Bluey’s Big Play
November 22–27, 2022 in the Eisenhower Theater
Bluey’s Big Play is a brand-new theatrical adaptation of the Emmy® Award–winning children’s television series, with an original story by Bluey creator Joe Brumm, and new music by Bluey composer Joff Bush. The Heelers star in their first live theater show, featuring brilliantly created puppets, making this Bluey as it has never been seen before, brought to real life. Bluey’s Big Play is presented by BBC Studios and Andrew Kay in association with Windmill Theatre Co.

Wicked
December 8, 2022–January 22, 2023 in the Opera House
Wicked, the Broadway sensation, looks at what happened in the Land of Oz…but from a different angle. Long before Dorothy arrives, there is another young woman, born with emerald-green skin—smart, fiery, misunderstood, and possessing an extraordinary talent. When she meets a bubbly blonde who is exceptionally popular, their initial rivalry turns into the unlikeliest of friendships…until the world decides to call one “good,” and the other one “wicked.” From the first electrifying note to the final breathtaking moment, Wicked—the untold true story of the Witches of Oz—transfixes audiences with its wildly inventive story that USA Today cheers is “a complete triumph! An original musical that will make you laugh, cry, and think.”

A Soldier’s Play
December 13, 2022–January 8, 2023 in the Eisenhower Theater
A Soldier’s Play, the 1982 Pulitzer Prize–winning thriller by Charles Fuller, has rocketed back into the spotlight, thanks to this 2020 Tony Award®–winning Best Revival from Roundabout Theatre Company. In 1944, on a Louisiana Army base, two shots ring out. A Black sergeant is murdered. And a series of interrogations triggers a gripping barrage of questions about sacrifice, service, and identity in America. Broadway’s Norm Lewis leads a powerhouse cast in the show Variety calls “a knock-your-socks-off-drama,” directed by Tony® winner Kenny Leon.

The Mortification of Fovea Munson
March 4–19, 2023 in the Family Theater
Most enjoyed by ages 10 and up
Mary Winn Heider brings her uproarious book to musical life with music and lyrics by Justin Huertas; music direction, arrangements, and orchestrations by Steven Tran; and direction by M. Graham Smith in this world premiere Kennedy Center commission. Fovea Munson is stuck working at her parents’ cadaver lab now that her summer camp plans have fallen through. But she is by no means Dr. Frankenstein’s snuffling assistant, Igor! That is, until three disembodied heads, left to thaw in the wet lab, start talking. To her. Out loud. What seems like a nightmare, or bizarre hallucination, is not. Fovea is somebody’s Igor, all right. Three somebodies, actually. And they need a favor.

Les Misérables
April 11–29, 2023 in the Opera House
Cameron Mackintosh presents the acclaimed production of Boublil and Schönberg’s Tony Award®–winning musical phenomenon, Les Misérables. This brilliant new staging has taken the world by storm and has been hailed as “a reborn dream of a production” (Daily Telegraph). Set against the backdrop of 19th century France, Les Misérables tells an enthralling story of broken dreams and unrequited love, passion, sacrifice and redemption—a timeless testament to the survival of the human spirit. The magnificent score of Les Misérables includes the songs “I Dreamed a Dream,” “On My Own,” “Bring Him Home,” “One Day More,” and many more.

Broadway Center Stage: Kiss of the Spider Woman
May 15–21, 2023 in the Eisenhower Theater
Winner of seven Tony Awards® including Best Musical, Kiss of the Spider Woman revamps a compelling tale of oppression into a dazzling spectacle with John Kander and Fred Ebb’s luminous score. Cellmates in an Argentinean prison, rugged revolutionary Valentin and persecuted gay man Molina, take mental refuge in movie-musical memories of the glamourous diva, Aurora—but reverie and reality soon begin to blur.

Disney’s The Lion King
June 21–July 29, 2023 in the Opera House
More than 100 million people around the world have experienced the phenomenon of Disney’s The Lion King. Winner of six Tony Awards®, including Best Musical, this landmark musical event brings together one of the most imaginative creative teams on Broadway. Tony Award®–winning director Julie Taymor brings to life a story filled with hope and adventure set against an amazing backdrop of stunning visuals. The Lion King also features some of Broadway’s most recognizable music, crafted by Tony Award®–winning artists Elton John and Tim Rice. There is simply nothing else like The Lion King.

1776
June 27–July 16, 2023 in the Eisenhower Theater
They knew they would make history, but not what history would make of them. Fed up with living under the tyranny of British rule, John Adams attempts to persuade his fellow members of the Continental Congress to vote in favor of American Independence and sign the Declaration. But how much is he willing to compromise in the pursuit of freedom? And to whom does that freedom belong? From American Repertory Theater at Harvard University and Roundabout Theatre Company, Jeffrey L. Page and Tony Award® winner Diane Paulus reexamine this pivotal moment in American history in a new production of this Tony Award®–winning musical.

The Play That Goes Wrong
July 18–August 13, 2023 in the Eisenhower Theater
What would happen if Sherlock Holmes and Monty Python had an illegitimate Broadway baby? You’d get The Play That Goes Wrong, Broadway & London’s award-winning smash comedy! Called “a gut-busting hit” (The New York Times) and “the funniest play Broadway has ever seen” (HuffPost), this classic murder mystery is chock-full of mishaps and madcap mania delivering “a riotous explosion of comedy” (Daily Beast). Welcome to opening night of The Murder at Haversham Manor where things are quickly going from bad to utterly disastrous. With an unconscious leading lady, a corpse that can’t play dead, and actors who trip over everything (including their lines), it’s “tons of fun for all ages” (HuffPost) and “comic gold” (Variety)—sure to bring down the house!

Shear Madness
Ongoing in the Theater Lab
Shear Madness returns with brand new clues and hilarity. When a famed concert pianist is killed above the Shear Madness hair salon, the audience turns detective to crack the case. Featuring “downright hilarious” (Huffington Post) improvisational comedy, no two performances are alike. Was it the shady antiques dealer, the secretive stylist, the sassy salon owner, or the snooty society lady? This interactive, immersive, and irresistible “whodunit” keeps audiences laughing as they try to outwit the suspects and catch the killer.