I had just experienced Javier Arrey’s performance as the Count in Maryland Lyric Opera’s sparkling production of The Marriage of Figaro at The Clarice Smith Performing Arts Center this week.

Amadeus Mozart’s 1786 opera is based on a play by Beaumarchais, which had opened just two years before and with a libretto penned by Lorenzo Da Ponte. The work is plot-heavy, as befits a comic opera buffo. There are plenty of antics in the household of a certain Count Almaviva. His two servants Figaro (Hunter Enoch) and Suzanna (Nayoung Ban) are planning a wedding, but plenty of obstacles threaten to gum up the works. Housekeeper Marcellina wants to keep from being jilted by Figaro and claims him for herself, while the Count has eyes only for Susanna, breaking the heart of his humiliated but ever-patient wife, the Countess. Then there’s a page, Cherubino, a randy pubescent played as a pants role by the divine Allegra De Vita, who seems to be in love with a mistress and anyone else. The Count can be a tough character to swallow in an opera that weighs in at three hours and twenty minutes. By today’s standards, his “lord-of-the-manor” entitlement is heavy-handed and harassing. Nonetheless, the ensemble and musicians created a wholly satisfying music-theater experience, and showed all the characters to be multi-dimensional and fascinating.

I wanted to understand something of the process that had gone into this work and engaged in conversation with outstanding Baritone Arrey.

Susan: Is this the first time you have performed the role of the Count in Mozart’s opera?

Javier: Yes. The first time. It was my debut.

What does this role mean to you to have the opportunity to do this, and to opera?

It was a gift. I had never had the opportunity before, and when this company called me two months ago, it was because the singer cast originally canceled. It’s such an enormously complicated character. And actually the first time I saw the story and the score, I hated the Count. Seriously, I thought this was such an evil guy, and he is against all my principles. But when I started digging deeper into the story and the period and talked with several people, including a historian, a very famous guy from my country [Chile], I understood the story through the lens of that period was totally different. After a time I came to see he was not such a bad guy — not evil by nature. Rather this was a man who wielded such great power in his milieu that at some point, he just lost the way. He was not able to manage that power.

Will you say more about what you discovered through historical research that helped you build your character?

Well, historically under such a class system, a Count was the Number One guy. He was the law, the justice, and the executive power. We can’t look at this only through our eyes today, living with the separation of powers.

Well, actually we probably have the opportunity to examine more closely how our society does indeed reflect the wrangling of power and reflect on how certain figures use power today to get away with bad things. And I was also thinking in the era of #MeToo and charges of male-dominated harassment, how is Javier going to deliver the role of the Count to be in any way sympathetic. How do you want the Count to be judged?

Well, we must always keep in mind that in previous centuries how much more abuse could and did go on regularly, where there were no barriers or guard rails. So my interpretation was this was not an evil person by nature. In fact this Count was the one to end le droit de seigneur (the right of the lord to take any woman sexually). He said this is not fair. The other thing is that in a couple of moments in the story but especially at the end, you see a super powerful guy kneeling before his wife in front of the servant asking for forgiveness. That gave me one critical piece of information and made me flesh out flashes of repentance.

Yes, you truly built this into the arc of your character’s journey.

Thank you. But this is something so important for us today that before we judge to understand how people were raised. By law, so my historian friend reminded me, that was normal for that time. He would have been raised with manners and in a society where no one questioned these norms including a count’s right to unchecked power. By law, for example, in that time it was not allowed for women to be unfaithful to their husbands, but such behavior was overlooked in men.

What other aspects in your process did you make sure you were prepared for in the role — psychologically and in terms of the music?

First of all, I went to the text, read it multiple times, to try to understand it inside out — before I ever looked at the music. I went back to the original Beaumarchais story. Then the Ponte libretto. Then I explored the psychology of the person. I talked at length to a psychiatrist. I needed to understand what was happening in the mind of my character. He told me, “This is a narcissist.” But with the special detail in such a diagnosis, “with the capacity to learn from his mistakes.”

How fascinating, yes. That would give you such nuance and even moments of self-awareness, yes?

Yes, this insight gave me the tools to look for such details. Yes, so he is not a stupid person and he can see himself and change. When I worked with Music Director–Conductor [Louis] Salemno, he said, “Don’t put your voice into the character — start to other way: put your character into the voice. I realized I have to put this character like a suit on me and start from there. That was super important.

Would you speak about what you think the conductor wanted to bring out about this well-known character and often-produced opera?

He worked with the whole ensemble on text, approaching it through recitativo. I started working on text with him two weeks before regular rehearsal. We were talking, talking, talking about the details and speaking the text. It was a process of squeezing the words — to make something more than just beautiful sounds. In opera, of course, there is a goal to make beautiful music. But here I gave myself the goal to excavate the story, to bring the character out — to squeeze the words —

Do you mean wringing more meaning from the language?

Yes, exactly. And then I had the good fortune to receive wisdom and coaching from one of the greatest interpreters of the Countess in the opera from the last century, Carol Vaness. She helped me a lot with my interpretation and making clear those details. With her experience singing the role at Covent Garden and the Met and all over the world, she was extremely helpful and generous. I think that when we as opera singers go to the stage, the audience can see us, but they don’t see all the people who are behind us and put so much into the process to help develop a character. Joan Dornemann, a most fantastic vocal coach, also helped me.

There was so much nuance encouraged in the preparation of the whole ensemble that paid off. In summation, what advice would you give to other singers preparing for roles of this magnitude?

To be open to the many artists who have lived with certain works, to listen to their experience, artists like Maestro Salemno, Dornemann, and Carol Vaness. It’s important to listen, to learn, and to honor those people with the experience and not to cut corners in the process. Many opera houses today are throwing out these older artists and the valuable resources they provide. Experience is key. The older artists also can recognize and appreciate when you bring something fresh to the character.

Well, toi, to, toi. And thank you again for your insights. 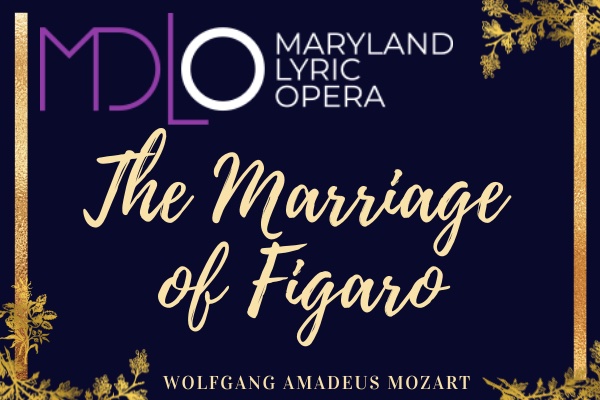