Playwright Jacqueline Goldfinger’s latest play, Babel, imagines a time in the near future in which pregnancies are regulated in an attempt to control overpopulation in a world experiencing climate crisis and dwindling resources.

The ramifications of this draconian policy are brought to life through two couples, each of which is expecting a baby.

Any pregnancy comes with its share of stressors, but imagine if you had to worry not only about the health of your baby but also whether or not the government would “certify” it? In Babel, tests are given in utero to determine if a fetus meets the physical, emotional, and behavioral criteria to join society. Babies who pass the tests are “certified” and can live a normal life. If a baby fails any of these tests, parents have two options: abort or give birth to a child who will be considered “uncertifiable” and be forced to live in a penal colony.

Goldfinger does a great job of making this scenario feel plausible. The play raises many ethical questions about choices societies make in times of crisis and the dialogue introduces the concepts very naturally. The team of four actors all turn out engaging performances.

Unfortunately, the play feels longer than its 100 minutes with several scenes seeming repetitive. Renee and Dani have had a long history of pregnancy troubles, while their friends Jamie and Ann find themselves expecting without even trying. The stresses that pregnancy — and pregnancy envy — can put on relationships are thoughtfully explored, but the play could do without so many heart-to-heart conversations. Strong acting from the four-member ensemble and direction by Sharifa Yasmin keeps the show moving at a brisk pace, but that was not enough to keep my mind from wandering as I watched.

Standout performances include Kate MacCluggage as Dani, a tightly-wound executive who is used to getting her own way. Dani’s crisp white suit (costume design by Yao Chen) matches her domineering personality and complements Jesse Dreikosen’s minimalist in-the-round set. Featuring a teak wood plank stage flanked by a circular iron staircase on one end and an iron sculpture on the other, the set lent a sophisticated, minimalist tone to the show. Working less well was the choice to insert rigid musical interludes between scenes. David Remedios’ sound design worked with the minimalist ambiance, but the stylized, robot-like movements of the actors in between scenes only distracted from the story.

Carlo Alban is entertaining as Jamie, the only male character in the show, and one of the most nuanced. Alban does double duty as the stork, a surprise character designed to inject comedy into the show. CATF describes Babel as a “dark comedy” but the story felt more dark than funny and left me wondering what the show would feel like without this supernatural element.

Babel does reach a satisfying conclusion with an interesting plot twist near the end that nicely illustrates the impact of stress and lack of autonomy on the human psyche. The play just takes a little too long to get there.

Babel was originally scheduled to be produced in 2020, long before the recent reversal of Roe v. Wade. Seeing the play now in the wake of that Supreme Court decision gives the play added poignancy. While Babel postulates a different type of limitation on reproductive rights — one in which abortions are encouraged rather than forbidden — it raises thought-provoking questions about bodily autonomy. 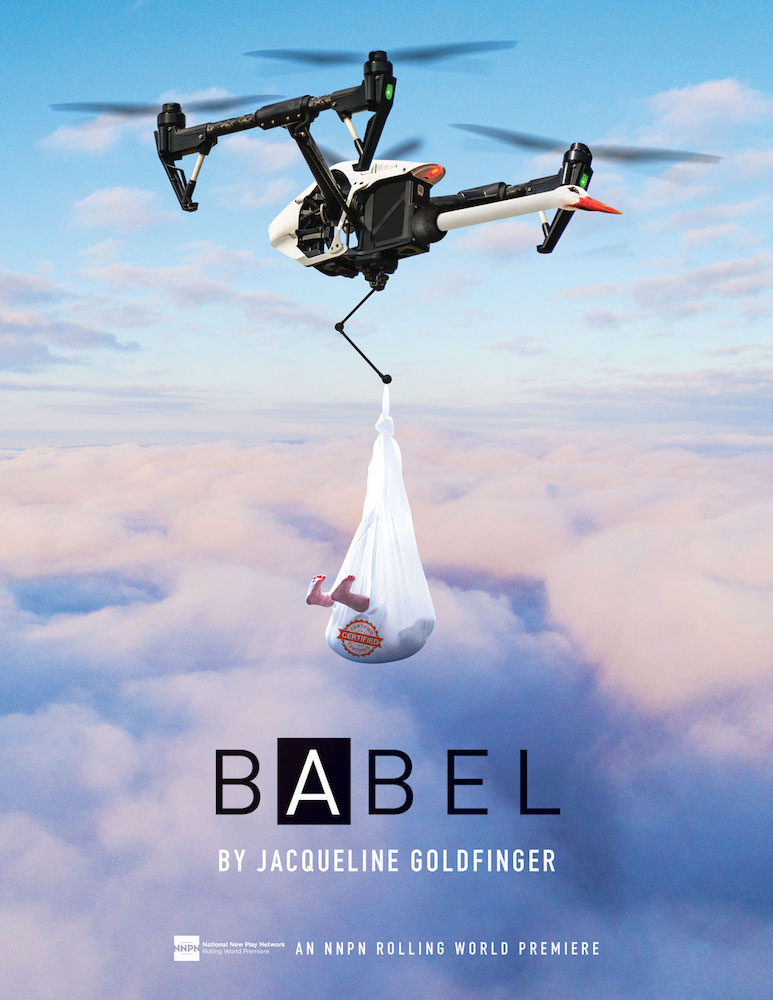 Running Time: 100 minutes with no intermission.