In its 40th-anniversary, 2022–2023 season, IN Series will travel to more than 10 unique DC and Baltimore venues with its acclaimed and one-of-a-kind audacious approach to blending music, theater, art, justice, and faith. IN Series’ five-production mainstage season includes international collaborations, innovative site-specific productions, large-scale immersive choral works, an important new production of a seminal work by America’s greatest living opera composer, and a jazz and blues cabaret lifting up the musical heritage of DC, the DMV, and the godfather of go-go music. 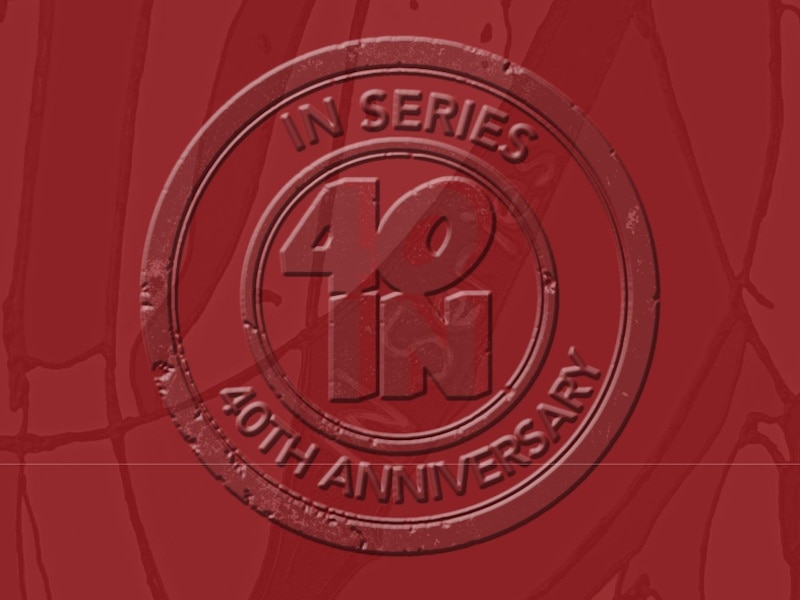 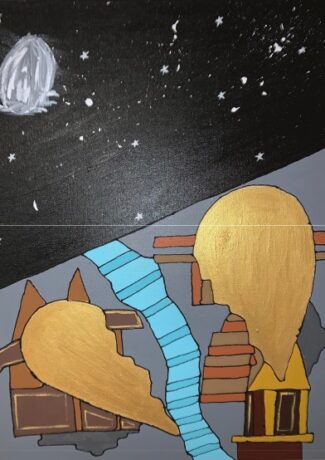 Claudio Monteverdi, the father of opera, most likely wrote his famed “Orpheus – A Fable in Music” and his iconic “Vespers” in the same year. As a new creation blending together these towering masterpieces, THE NIGHTSONG OF ORPHEUS connects the first opera still performed with the oldest theatrical forms still practiced. Collaborating with Japanese Noh specialists from Theatre Nohgaku, this one-of-a-kind performance weaves together haunting baroque melody, poetry, and dance, with the ancient masked musical and dramatic tradition from Japan. At its center is the immortal myth of love, loss, and the power of music. An orchestra of baroque musicians, a cast of seven thrilling local voice actors, and Theatre Nohgaku’s legendary performers bring this new work, performed for the first time in Japanese and English, to life. Join the second weekend of performances and journey to the underworld yourself at the magical Dupont Underground! 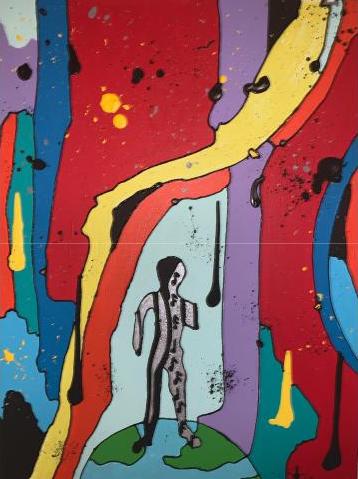 There are few masterpieces more moving and memorable than Mozart’s Requiem Mass, left perfectly incomplete at the time of his death. No less powerful is the myth of its composition. Throughout our 40 years, IN Series has performed the mature operas of Mozart many times, many ways, and in many spaces. Now, for the first time ever, IN Series will mount an innovative staged production of the music Mozart left unfinished when he died, while at the same time lifting up the music of two other brilliant and often ignored 20th century composers. French composer Lili Boulanger and Canadian composer Claude Vivier, like Mozart, died before their 36th birthdays, and like Mozart left incomplete death musics of extraordinary beauty and craft. These three musics will be woven together in a staging that recalls Artistic Director Timothy Nelson’s first IN Series production: VIVA V.E.R.D.I. – The Promised End.

Performances will take place throughout Washington, DC, before traveling to Baltimore, each night performed in a different sacred and iconic space in the Nation’s Capital. In this way, every performance is different, a reimagining, a digging deeper. Significantly, it all begins at the Hand Chapel of Mount Vernon College, where IN Series was founded and first performed in 1982. 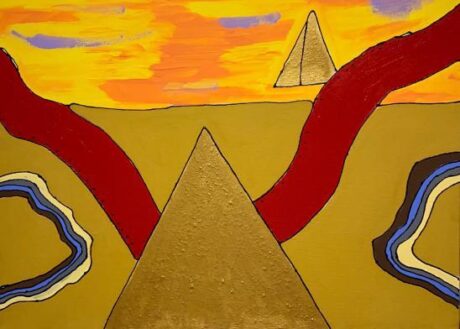 THE ORDERING OF MOSES by Nathaniel Dett
in collaboration with Heritage Signature Chorale
February 4, 5, 11, 2023 Surprise Sacred Venue in the heart of Washington, DC

In response to the success of our acclaimed 2019 production of L’ENFANCE DU CHRIST, IN Series returns to the nexus of art, faith, and justice with an embodying of Nathaniel Dett’s tremendous oratorio THE ORDERING OF MOSES. Again performed as a community music and theater ritual, surrounding the audience with action and sound, this performance will redefine both the artistic and the spiritual experience. In 1932, Black Canadian composer Nathaniel Dett built his most famous work from the tradition of the African American spiritual. Less than a decade later, the piece would become the central touring work in the repertoire of DC’s National Negro Opera Company, founded by Mary Cardwell Dawson, for whom IN Series’ Cardwell Dawson Artist Fellowship is named. Those performances, traveling to cities throughout America, and attended by legends of the civil rights movement, used this lyrical retelling of the freeing of enslaved Israelites as fuel to fire the quest of justice blazing throughout America.

For this performance, IN Series collaborates with DC’s own Heritage Signature Chorale, the nation’s premiere ensemble celebrating and interpreting the classical spiritual. DC artist Richshaad Ryan creates epic canvases telling at once the classical biblical story, the American story of the quest for equality, and a Washington, DC story of the journey towards justice through faith. 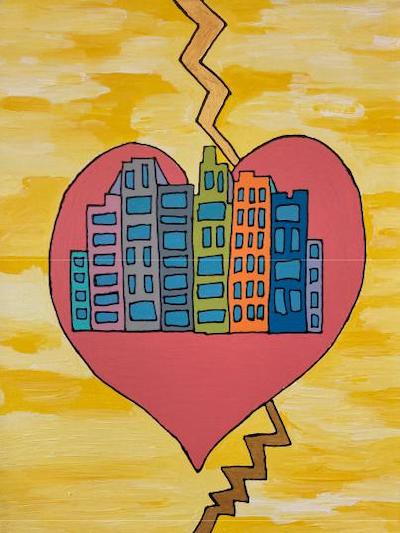 At long last, IN Series premieres a new production of composer John Adams and poet June Jordan’s seminal collaboration I WAS LOOKING AT THE CEILING AND THEN I SAW THE SKY. We make history with this production, as the first new staging of the work since its premiere recording with Broadway legend Audra McDonald. Called by its creators a “song-play,” CEILING/SKY blends America’s popular music styles with searching poetry of love and the leaning towards justice, while telling the story of seven mix-matched souls that find themselves thrown together during the 1994 Northridge earthquake. This luminous work takes its title from one of the survivors of that disaster, its music from America’s most important living composer, and its text from a poet of uncompromising insistence on beauty. In it, love reveals that there is more to us than what we have come to believe. This production is one of the nation’s not-to-miss opera and theater events this year! 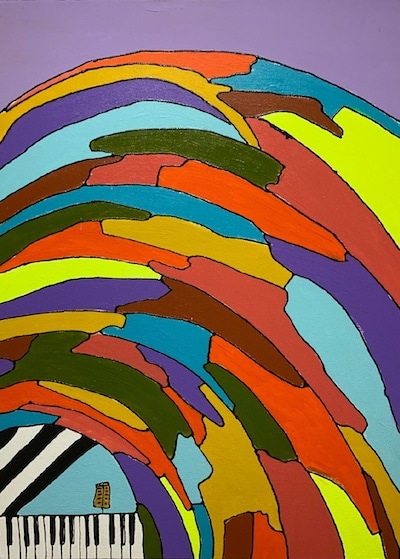 CHUCK & EVA
from The Great American Songbook after the album “The Other Side” by Chuck Brown and Eva Cassidy
A new work by Natalie Hopkinson
June 2-18, 2023 Source Theatre, Washington, DC
June 23-25, 2023 Baltimore Theatre Project, Baltimore, MD

In 1992, the godfather of go-go, DC legend Chuck Brown, and a then unknown Maryland singer named Eva Cassidy created an album of music from the Great American Songbook called “The Other Side.” This is the story of that album, and of the unlikely friendship that developed between these two artists whose lives could not have been more different, but who were bound together by music rising from deep in their souls. In a season that begins with music of long ago and theater from far away, IN Series arrives here at a new work celebrating a DC story of DC music alive and well today. Howard University professor Dr Natalie Hopkinson, co-founder of #DontMuteDC, brings her deep artistic and ethnographic knowledge of the music, history, and culture of Washington, DC into writing this new cabaret-style theatrical work.

Some of the DMV’s brightest and boldest vocalists and instrumentalists sizzle and serenade, groove and go deep in the telling of a different kind of tale about the quintessential power of music.

Founded by Carla Hübner in 1982 as a concert series of the former Mount Vernon College (now George Washington University’s Mount Vernon Campus), “The In Series” became an independent non-profit arts organization in 2000 and has been a resident company at Source Theater since 2008. Timothy Nelson assumed the artistic directorship in 2018, quickly establishing the newly rebranded “IN Series” as DC’s home for “Thought, debate, history, and innovation” in opera.

IN Series’s 2021-2022 season is made possible in part by major funding from the Morris and Gwendolyn Cafritz, Dallas Morse Coors, the Billy Rose Foundations; the Angell Foundation; Dan and Gloria Logan; the DC Commission on the Arts and Humanities and National Endowment for the Arts. We also gratefully recognize the support of Bloomberg Philanthropies; the Celtino Foundation, the Dimick Foundation, Eugene Lang, Reva and David Logan, and M&T Bank.