Flying V will kick off their 2023 season with a week-long developmental workshop of the new coming-of-age musical Vanishing Girl by local writers William Yanesh (music and lyrics) and Hope Villanueva (book) and directed by Eric Jordan Young.

Vanishing Girl tells the story of Luciana, a bright college student who leans on her one best friend, crushes on the girl at the comic shop, and toils at writing alone. Suddenly, Luciana acquires electricity-related superpowers and finds that, like a battery, she’s slowly fading out. Reminiscent of beloved comic book stories, Vanishing Girl will resonate with anyone who has felt invisible.

“We are thrilled that Vanishing Girl is our first offering of 2023 and our second theatrical performance since we’ve returned from the COVID shutdown,” said Kelly Colburn, Artistic Lead for Theatre at Flying V. “This new work explores the intersectionality of the nerd experience, which is something Flying V is focused on celebrating in our upcoming seasons.”

Vanishing Girl has been in development for several years and has been well received at preliminary showcases with the Latiné Musical Theatre Lab and the Composers Showcase of Las Vegas. This workshop will feature ten performers, including Rayanne Gonzales (recently seen in Daphne’s Dive at Signature Theatre), Bianca Lipford (Shakespeare in Love, Keegan Theatre), Justine “Icy” Moral (Songs for a New World, Rep Stage), Meredith Richard (Working, Keegan Theatre), Harrison Smith (Elegies: A Song Cycle, Keegan Theatre), and Carl L. Williams (Once on this Island, Constellation Theatre Company), with additional cast members to be announced. This production is produced by Jonny Perl and Ricky Drummond.

“While we’ve been able to hear the musical out loud in a staged reading format and on Zoom, this unique workshop experience will give us the opportunity to really dig into the music and fine-tune the story,” said Villanueva. “There are discoveries you can only make in person with your fellow artists. I’m excited for this next big step for Vanishing Girl and to share it with DC audiences!” 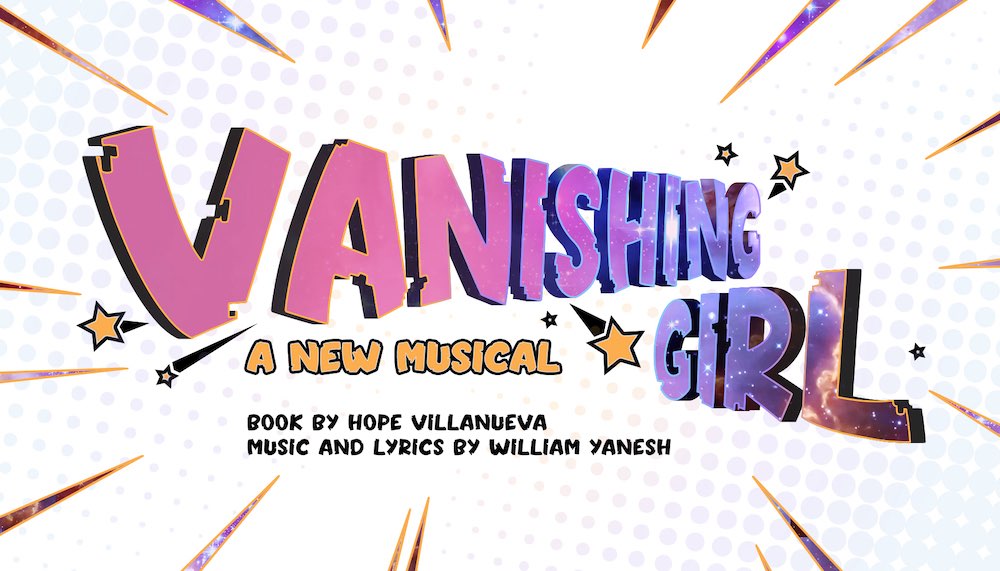 The workshop will culminate with two public performances at 7 PM on Saturday, January 28, 2023, and 3 PM on Sunday, January 29, 2023, at the Silver Spring Black Box Theatre (8641 Colesville Road). Tickets for both performances will be pay-what-you-can, with a suggested donation of $10. More information can be found at flyingvtheatre.com/. 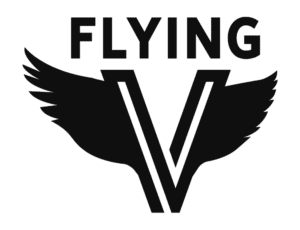 Flying V is a DMV-based performing arts organization specializing in pop culture-infused works that span theater, digital media, and stage combat/professional wrestling. They are known for larger-than-life moments on small stages and immersive world-building that connect audiences with the stories they tell, regardless of medium, and with each other.

William Yanesh is a DC-based composer, arranger, and music director. Compositions include music and lyrics for Make Way for Ducklings, Blueberries for Sal, and Caps for Sale at Adventure Theatre MTC, the latter of which toured nationally and played at the New Victory Theatre; songs for Little Thinkers Adventures podcast; and the choral work “The Astronomer,” featured on the Capital Hearings’ When The Night is New. His arrangements have been heard in Shakespeare Theatre Company (DC)’s Man of La Mancha; the world premieres of the TYA version of Big River, and the Kennedy Center’s Me…Jane. As a music director, he has worked frequently at Ford’s Theater (Helen Hayes award for Outstanding Music Direction for Into the Woods), Arena Stage (DC), 1st Stage (VA), Round House Theatre (MD), and Signature Theatre (VA). He holds a Bachelor’s Degree in Music Composition from Carnegie Mellon University. williamyanesh.squarespace.com

Hope Villanueva resides in Washington, DC where she is an AEA Stage Manager by day. Her play, THE QoL MANDATE, was an O’Neill Conference 2021 Finalist. Her work has been developed by Kennedy Center Page to Stage, Next Act! New Play Summit, NextStop Theatre, Avant Bard, Ally Theatre Company, Black and Latino Playwrights’ Conference, Discovery New Play Festival, Kitchen Dog New Play Festival, and The Women’s Voices Theatre Festival. BRACKISH was produced at Wayward Artist in Los Angeles (2022) winning the Orange Curtain Award for Best Original Show that year. She has two short TYA pieces published by YouthPlays. She is the current literary manager for Bay Street Theatre in Sag Harbor, NY, and is represented by Ipex Artists Agency.

Eric Jordan Young is an accomplished producer, director, choreographer, entertainer, playwright, and songwriter with TV, Broadway (RAGTIME ‘98/’09, CHICAGO, SEUSSICAL, LOOK OF LOVE), Off-Broadway, regional (NYSF, Lincoln Center, Kennedy Center, Alliance Theater), national tour (CHICAGO, RAGTIME, DREAMGIRLS), and commercial credits. Las Vegas performances include COCKTAIL CABARET (Caesars Palace), ROCK OF AGES (Venetian/Rio), SHAKIN’ – Vegas Remixed with a Twist (Planet Hollywood), CHICAGO (Mandalay Bay), STARLIGHT EXPRESS (Las Vegas Hilton) and VEGAS! THE SHOW. Eric has performed with several symphonies throughout the country, including the Atlanta Symphony, Buffalo Philharmonic, Phoenix Symphony Orchestra, and the New York Pops at Carnegie Hall. His solo album ONCE IN A LIFETIME was produced by his company EnJoY! Productions and his one-man musical SAMMY & ME is the winner of the ArtVoice and Salt Awards. He served as the Resident Director of BAZ (Venetian/Palazzo) and loves working as a creative director for original projects including RENEGADES at Caesars Palace and DRAG SUPPER CLUB. Eric is the Associate Director for the Norwegian Cruise Line production of FOOTLOOSE and the recent production of ROCK OF AGES in Hollywood, CA. He is currently teaching young artists at Long Island University in Brookville, NY.