In celebration of its 20th Anniversary Season, Theater Alliance has programmed a lineup of innovative, family-friendly, thought-provoking productions that bring the company’s values to audiences of all ages.

With an eye toward the past, present, and future, Theater Alliance kicks off its season in February 2023 with This Girl Laughs, This Girl Cries, This Girl Does Nothing — a modern-day fairytale by Finegan Kruckemeyer, exploring the choices young women make, and the consequences of those choices.

Next, Theater Alliance revisits a show first performed by the company in 2006 — Toni Morrison’s The Bluest Eye, which will take the stage in May. Eleven-year-old Pecola Breedlove, a Black girl in 1940s Ohio, wants nothing more than to be loved by her family and schoolmates. Blaming her dark skin for the ridicule she endures, she prays for blue eyes, sure that love will follow.

To complete the season in late summer, Theater Alliance and The John F. Kennedy Center for the Performing Arts are collaborating on a co-production of the World Premiere of Look Both Ways: A Tale Told in Ten Blocks, adapted from Jason Reynolds’ young adult novel by El Chelito and Raymond O. Caldwell. The adaptation, developed through Theater Alliance’s Hothouse New Play Development program, will perform first at The Anacostia Playhouse, then move to the Kennedy Center for a tour later in the year.

While productions begin later in the season than usual for Theater Alliance, the company has already been busy — in October, Theater Alliance artists, in partnership with the Department of State and India-based NGO Contact Base, traveled to Kolkata to lead an international Arts Envoy. Working with 21 artists from India, Nepal, Bangladesh, and the United States, the group collaborated to develop and devise a new play that engages communities in celebrating diversity and fostering equity, inclusion, and accessibility on the global stage. The play, A Global I.D.E.A., will be available in digital format in the spring.

Theater Alliance’s work has been regularly recognized for its artistic excellence, including four Helen Hayes Awards for Outstanding Production in the past five years (Black Nativity in 2015, The Wonderful World of Dissocia in 2015, Word Becomes Flesh in 2017, and Still Life with Rocket in 2018). In 2019, actors Regina Aquino, Josh Adams (The Events), and Ryan Tumulty (Flood City) each earned Helen Hayes Awards for their performances at Theater Alliance in the previous year.

Through its Radical Neighboring initiative, Theater Alliance strives to create a community where everyone feels welcome at the theater. Name Your Own Price tickets are available for every performance, ensuring that anyone who wants to experience the work can do so.

Theater Alliance’s commitment to new plays continues through its Hothouse Play Development Series – which gives local playwrights a chance to respond to the company’s season with short works and fosters the growth and development of new plays over longer periods of time.

This Girl Laughs, This Girl Cries, This Girl Does Nothing
February 27 – March 25, 2023
By Finegan Kruckemeyer
With music by Nate Weida
Directed by Johamy Morales

Triplet sisters are left in a forest by a woodcutter father and forced to find their own way in the world. From this fairytale beginning, three resolutions are made — one sister walks one way to find purpose, one the other to find adventure, and the third stays right where she is, to create a home.

A moving and irresistibly charming modern-day fairytale by Finegan Kruckemeyer with music by Nate Weida. Appropriate for all ages.

The Bluest Eye
May 31 – June 25, 2023
Adapted from the book by Toni Morrison
By Lydia R. Diamond
Directed by Otis Cortez Ramsey-Zöe

Nobel Prize-winning author Toni Morrison’s The Bluest Eye is a story about a young black girl in 1940s Ohio. Eleven-year-old Pecola Breedlove wants nothing more than to be loved by her family and schoolmates. Instead, she faces constant ridicule and abuse. She blames her dark skin and prays for blue eyes, sure that love will follow.

Enthralling, gorgeously written, and incredibly emotional, The Bluest Eye is an American touchstone.

Look Both Ways: A Tale Told in Ten Blocks
A Co-Production with the John F. Kennedy Center for the Performing Arts
Adapted from the book by Jason Reynolds
By El Chelito and Raymond O. Caldwell
August 2023
Directed by Raymond O. Caldwell

This story was going to begin like all the best stories. With a school bus falling from the sky. But no one saw it happen. They were all too busy — talking about boogers. Stealing pocket change. Skateboarding. Wiping out. Braving up. Executing complicated handshakes. Planning an escape. Making jokes. Lotioning up. Finding comfort. But mostly, too busy walking home.

Through these ten stories, National Book Award finalist and New York Times bestselling author Jason Reynolds offers glimpses into the private struggles, strengths, and secrets of students who only know each other in passing. For all ages.

The health and safety of our artists, patrons, and staff are of paramount importance. Theater Alliance is keeping abreast of the latest recommendations from the CDC, as well as the latest safety guidelines put forth by Actors Equity Association. Specific guidance for patrons of each show will be released closer to performance dates to ensure the latest information is taken into account.

Theater Alliance develops, produces, and presents socially conscious, thought-provoking work that fully engages its community in active dialogue. As the resident theater company of the Anacostia Playhouse since 2013, Theater Alliance is proud to produce professional, award-winning work in Anacostia about social and cultural topics. Through its work, Theater Alliance hopes to create an audience laboratory where the myriad perspectives of DC come face-to-face, confronting issues and tackling difficult questions that affect our diverse community.

Locally, Theater Alliance has twice been finalists for the Mayor’s Arts Award, has been featured in the Greater Washington Catalogue for Philanthropy, received the Capitol Hill Community Foundation’s Keller Award for making significant, ongoing contributions to the life of the community, and been awarded two DC Commission on the Arts and Humanities’ UPSTART Grants for capacity building. Nationally, Theater Alliance has received the American Theatre Wing’s National Theater Company Grant, an NEA Art Works grant, and is a proud Core Member of the National New Play Network. Theater Alliance has received 88 Helen Hayes Award Nominations and 19 Helen Hayes Awards. 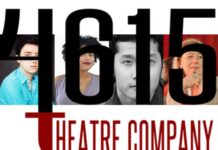