Beginning this week, two original musical productions from multi-talented Latin American artists will open in NYC. Playing December 1-3, at Lincoln Center’s Clark Studio Theater, is English with an Accent by Venezuelan-American singer-songwriter, dancer, actor, and painter Migguel Anggelo, whose work – exploring the intersection of his queer, Latino, and immigrant identities – uses music, physical theater, dance, and costume to follow an immigrant caterpillar’s arrival in New York with the hopes of becoming a butterfly and attaining the American dream. Performed with a company of ten dancers, the piece is directed, choreographed, and developed by Avihai Haham, with original music and lyrics composed by Anggelo and longtime collaborator and music director Jaime Lozano, and celebrates the release of their album of the same name on December 2.

For three weekends in December, at Brooklyn’s JACK, the award-winning Mexican-born Lozano is also premiering the Spanish-language concert musical Desaparecidas, about the deaths and disappearances of hundreds of women and girls in Ciudad Juárez. Told through the lens of Mexican folklore and music, the show, conceived by Lozano, Florencia Cuenca, and Rachel Stevens, features a book by Georgina Escobar, music, arrangements, and orchestrations by Lozano, lyrics by Lozano and Cuenca, and an all-Latina cast of six women led Cuenca, who also directs. Set at a traditional state fair, the sounds and rhythms of Mexican-style songs weave together the diverse stories of real-life women – from the missing, to the socially invisible, to the forgotten – while exploring the culture’s systemic machismo, gender-based oppression, violence, and femicide, and calling for a future of “Ni Una Más” (Not One More).

During a very busy tech week, Migguel, Jaime, and Florencia kindly made time to answer some questions about the genesis and content of their works and the significance of their themes.

What was your motivation for creating the show?

Migguel: My goal was to create a story that shows the journey of an immigrant in a poetic way. The journey of an immigrant is not just about dreams, although those are really important. In my case, it was more about finding a safe home, but my hope is that the work conveys what a long journey it is for an immigrant filled with anxiety, fears, anticipation, expectation, patience, frustration, hope, excitement, and even happiness – you name the emotion. Sixteen long years after coming to the United States, I am finally an American citizen. It has not been an easy road, but it’s gratifying now to feel like I officially belong.

Jaime: Florencia and I come from two strong matriarchal families. Strong and amazing women raised us; they have been our inspiration and our strength. That’s why, as you already know from all my other shows, women are a very important part of my work. Florencia’s family is originally from Ciudad Juárez, México, a city where being a woman has really been a challenge. Back in the ‘90s, that city was seen by the eyes of the world for the very unfortunate reason of its terrible femicides. For this specific show, we felt the responsibility to tell the stories to honor all these women – the Desaparecidas.

Florencia: The need for telling our own stories. To honor the lives of many women whose lives have been forgotten.

Can you tell us a little about the style and format?

Florencia: Desaparecidas is a musical that takes place in a Palenque – a Mexican state fair or rodeo – a place where people from all backgrounds gather to see a show that can include cockfighting and a concert.

Jaime: Ideally it would be performed in a theater-in-the-round but for this production we have the audience at the sides. It is a very intimate and kind of immersive show, very influenced by Mexican culture, literature, and music. All the songs are completely in Spanish but for the book, the scenes are in English – and sometime in Spanglish. It is an experiment. We consider this a developmental production. Our stories are ours to tell as we want to tell them, with no excuses or apologies, but at the same time we are discovering what is the best way to tell these stories. It’s a process.

Migguel: English with an Accent is not a traditional musical. Instead, we created a hybrid work that I think of as musical dance-theater, bringing the music from my concept album of the same name to life on the stage. Movement is really important in this work and using dance as a storytelling device is something that I have dreamed about for a long time.

What do you hope audiences take away from it?

Migguel: At the end of the day, it is technically about a caterpillar that comes to New York City with the hopes of becoming a butterfly – a parallel to the immigrant experience of seeking a green card or citizenship. After we previewed the work for the first time in Washington, DC last spring with Washington Performing Arts and Gala Hispanic Theatre, many people said that this was the first time they ever saw their story reflected on stage. They kept saying, “That’s my story!” We hoped that would be the case. But at the end of the day, the green card is not the magic answer, and it’s more about finding your place in the sky than getting your wings. That’s universal, whether you are an immigrant or not.

Florencia: I hope they can see that Desaparecidas is not a story that is just targeted to a Mexican audience; people from all backgrounds can relate and connect with this story in many ways.

Jaime: To be honest I don’t hope anything, hahahahahaha. We are passionate about our stories, our people, our community. We love our country, our home México, and we also love this beautiful country and its people, who have welcomed us. We love our culture, our music, and we love the stories we are creating, struggling in the middle of this these two big cultures, Mexican and ‘United Statesian.’ We only want to own and to tell our stories in the most honest and respectful way, from our hearts. And I strongly believe that by doing it in this way, the audience will take away something.

How important is it to you to collaborate with a “familia” of other Latin American-born artists?

Florencia: It is something that we rarely get to experience and one of our missions is to recreate these rooms more and more. There is no better feeling than having the opportunity to create with a company that gets it – that understands the material they are telling. It’s amazing to be able to switch from English to Spanish, with Spanglish in between.

Jaime: It is my mission, our mission, and it is my honor, to be surrounded by my people, my Familia, to create opportunities for all of us to tell our stories, to learn from those, to learn from each other, to own who we are, to discover who we are. It is very rare to be in a room full of Mexican artists, or Latine artists. And you know what? It feels so good and so right. We are all Mexican, or Latine, or immigrants, and we have our very own unique and valid journey. We are the same, but we are different; we embrace those difference and we honor our common background to let you know we are here to stay, we are here to tell our stories.

Migguel: If theater and music are about anything, it’s collaboration, and that’s really important to me. My bond with Jaime Lozano is very special. He is a joy to make art with – like a brother. While I am from Venezuela and he is from Mexico, we both share the experience of having a foot in both worlds – one in the countries that we grew up in and the other in the United States. We both know what it’s like to miss family, friends, customs, traditions, sites, smells, and more, but also to have dreams so strong that they drive you to search for more. I’m proud of the fact that we each bring our own flavors and influences to our collaboration. That often delivers surprises for both of us.

How exciting is it for you to be performing your original work at Lincoln Center?

Migguel: It’s incredibly exciting! I am so grateful to everyone at Lincoln Center for believing in me and this project. The support of their co-commission of the work has truly made English with an Accent possible. As an immigrant who arrived in this country without speaking English and with just a few pennies in his pocket, I am extremely moved that this could be my reality sixteen years later. This is one of the reasons why I left my country; I knew there could be opportunities like this. Thank you, Lincoln Center. You have shown me that it is possible to achieve dreams.

Many thanks to all of you for taking the time to give our readers an inside preview of your upcoming shows and their extremely important subjects. 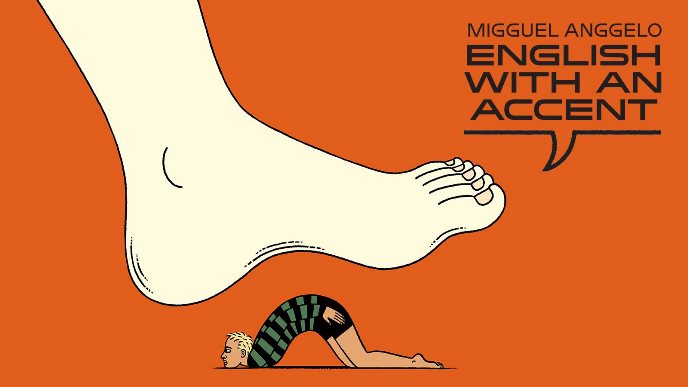 English with an Accent plays Thursday, December 1-Saturday, December 3, 2022, at  Lincoln Center for the Performing Arts, Clark Studio Theater, Samuel B. and David Rose Building, 165 West 65th Street, NYC. Tickets (on a Choose-What-You-Pay basis, with a suggested price of $35), are currently sold out, but additional seats may be released; to check on availability, go online. 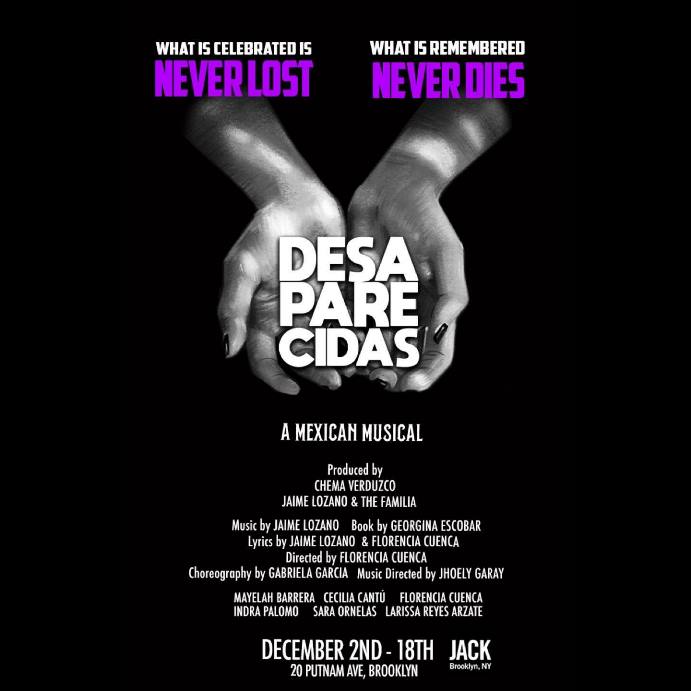