A modern incarnation of Emma Woodhouse runs a matchmaking business for literary lonely heats. With a little harmless manipulation and some help from a less-than-enthusiastic assistant, she attempts to find love for everyone. What could possibly go wrong? 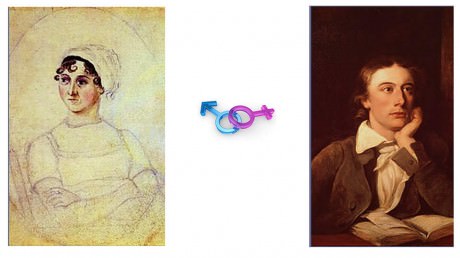 Just the name of the Ad Hoc Players’ new play was enough to get me excited. For literary geeks like me, just the idea of seeing favorite characters come to life onstage in awkward and adorable situations can induce fits of happy shrieking noises and many purchased tickets. Seeing names like Dorian Gray, Holden Caulfield, and Sherlock Holmes in the program had me on the edge of my seat before the house lights even went down. It would have been difficult for Miss Emma’s to disappoint me, but the witty comedy actually managed to exceed my expectations.

Much like the popular web series Emma Approved, the play’s premise brings the nosy Austen heroine into the modern world as a matchmaker. Emma Woodhouse’s self-assured and self-deluding fix-it-all attitude fits well into the age of startups and new small businesses. But rather than focusing on Emma’s story alone, Miss Emma’s mashes up a huge cast of other literary characters, playing them off against each other to brilliant effect. Take for example Don Juan, played with eyebrow-wiggling excellence by Ahmad Helmy. Sent to work community service hours with Miss Emma’s service in an attempt to get his hands on Helen of Troy’s contact information, Juan brings in the perfect amount of relaxed cynicism to throw a wrench in Emma’s perfect world. Emma, played by Lilian Oben, is admirably represented, presenting herself as smart and competent but throwing in little tics, like calling characters by their title (Don, Captain, Prince) instead of their name, or dealing with problems with denial and ice cream, that make her a dead ringer for the lovably ridiculous heroine.

The majority of the play involves a parade of zany portraits (no Dorian pun intended) of literary favorites, and the variation and quality of the portrayals is truly top-notch. From a converse-clad Holden Caulfield sulking on the floor thinking “deep goddamned thoughts” to Captain Ahab bellowing hysterically about whales, the spot-on character’s traits in contrast to modern ideas and Emma’s inability to deal with them make for great comedy. Even the characters I didn’t know were well-played enough to get some good laughs. I also loved the way the characters were treated in context. Rather than mocking overly dramatic characters like Esther Greenwood or Daisy Buchannan with a contrasting “straight man” questioning their romantic bent, the play combines literary characters with the streamlined, modern goal of a matchmaking service. This makes for some funny contrasts without marring the play’s general acceptance of men who don’t age or women who murdered their children.

Under Emma’s desperate coaxing, Holden’s wish to be a “catcher in the rye” becomes a career goal to work with children, and Captain Ahab and Medea can bond over shared interest in vengeance. The zany plethora of personalities found in classic works maps well onto the strange group of people one would expect turning to a matchmaking service in a last-ditch act of dating desperation. The performances are excellent, and clever costuming and character choices disguised the small cast to the point that I didn’t realize Daisy and Esther were the same actress until halfway through the performance.

The play also benefits from snappy writing. Wordplay, puns, and quick references rush by at the perfect pace to keep the audience entertained and on their toes. Snappy lines like Emma’s maxim, “Minced pies are delicious. Minced words are dreadful. I may eat my words, but I never mince them,” sparkled and made the whole piece feel intelligent and sleek. Jokes about the Victorian repressed id and myriad references to a vast literary canon kept the humor smart enough to be interesting and familiar to its target audience.

However, the use of 19th century novels and other classic works lends itself to cliché, and Miss Emma is not exempt from the problem. The lead character’s desire for her literal Prince Charming struck me as a hackneyed motivation for starting a matchmaking agency, and Emma Woodhouse is far to nosy and meddling to be content only with matching herself. Her desire to mess with other people and arrange their lives as she sees fit should have been more central, with the prince, in her eyes, as an added bonus. The inevitable reversals and eye-opening moment for Emma are also necessary for her character, but the ending proved disappointingly predictable, following a similar pattern not only to the source material, but also virtually every romance ever told.

However, the slight letdown I felt at the simple wrap-up (which could have been livened by a reappearance of some of the other characters, perhaps in new matches of their own) was still overshadowed by the incredible buzz I got from seeing my literary favorites find love and disaster in a masterfully crafted comedy that had its well-read audience rolling in the aisles.