What does immortality mean to you?  Is it the hope that modern medicine will discover cures for the aging process, end cancer, restore youth?  Perhaps you’re holding out for downloading your consciousness into the cloud.  If you’re the metaphysical type, you may think of living on in the minds of others—children, friends, loved ones.  Maybe you want to be remembered for doing something important, making great discoveries, having your name in history or science textbooks. 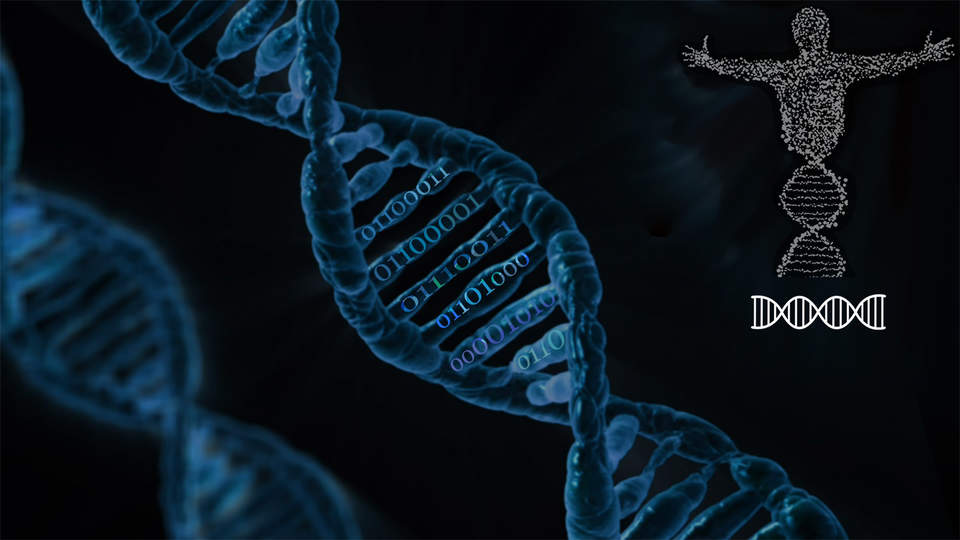 There’s a darker side to immortality, though.  You have to live with what you’ve become.  For better or worse, there’s no respite from yourself.  That’s a central theme explored in Lazarus, Unstrung Harpist Productions’ world premiere at the 2017 Capital Fringe Festival.  In the words of director Ruben Vellekoop, “Anyone that’s questioned their mortality and legacy should come see this. You might not get the answer you were looking for, but Lazarus might make you reconsider your question.”

In Lazarus, Bruce Alan Rauscher plays Dax, a doctor who helped developed a procedure to extend human life far beyond its normal limits.  As an early recipient of this medical miracle, he’s been alive for a long time, but he hasn’t left his past behind.  When asked what drew him to the role, he explains, “I very much like the tragic figures.  What’s interesting about Dax is in his mind his life might as well have been a thousand years because he’s been living with this loneliness, this loss, it’s really a part of him.”

Steve Lebens, who plays sociopathic mobster antagonist Rude, adds: “Everyone has by instinct a fear of dying, and yet as rational beings, unlike other animals, we are able to contemplate the consequences of being immortal and ask ourselves if that’s something we really want.  And it’s a fascinating thing to explore on stage.”

The action of Lazarus is set over a century into the future, and the play incorporates elements of both science fiction and timeless human drama.  As a self-proclaimed “big sci-fi geek,” Rauscher says that the play’s futuristic elements allow for big questions to be asked: “It makes you think, and not enough theater does that anymore.  The questions that it asks, they’re something everybody asks.  We’ve all contemplated what it could be like to live forever.”

Katie Jeanneret plays Em, the young mother who is determined to save her sick infant’s life with Dax’s help.  She touts the play’s current relevance: “What I find so compelling about the play is that although it takes place a hundred- plus years from now, it shows a very possible direction our society could take.  The idea of creating a ‘perfect race’ has happened before, and depending on who is in positions of power, could happen again.”  She adds, “Em isn’t perfect, but that is why I’m drawn to her.  She hates the rules of the world she lives in, and because of that, I think as her own form of protest, she has made choices that have made her life more difficult.  At the same time, she is incredibly strong in facing what life has given her, and will stop at nothing to get what she wants.”

David Jourdan, who joins a villainous mob duo with Lebens as violent criminal Sledge, points out that Lazarus is more than a dystopian drama: “The show offers casual as well as the serious theatre-goers so many things in ninety minutes.  There’s action galore; the hint and the actuality of violence; an almost sci-fi look at the not-too distant future, as well as a very atypical love story.”

With elements of dystopian science fiction, modern thriller, high-stakes drama, and even, as Lebens puts it, “just the right amount of humor,” Lazarus explores currently relevant themes in an entertaining and emotionally powerful experience.  In the play, Dax avers, “I sell life, secondhand.”  Lazarus asks: What would a world look like where that statement was terrifyingly true?

Bio: Evan Crump is an award-winning playwright and actor in the DC area.  He is the founder and Artistic Director of Unstrung Harpist Productions, which won Best Drama at the 2010 Fringe Festival for his play Genesis.  He has an MFA in Shakespeare and Renaissance Literature from Mary Baldwin University and the American Shakespeare Center, and is a doctoral candidate in Curriculum and Instruction at The George Washington University.  Between this and his work for companies like The Kennedy Center, WSC Avant Bard, First Stage, and NextStop, he still finds the time to be a long-suffering DC sports fan. 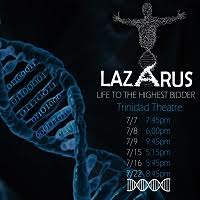