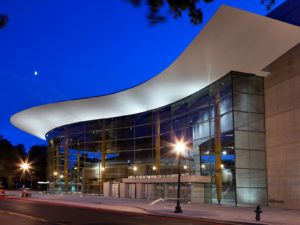 Up to 200 participants will read through Volume II of the report. Russia’s interference in the election has been well covered by the media. The American public is less familiar with the specifics covered in Volume II. The reading will begin at 12 p.m. and conclude at 11 p.m. in the Molly Smith Study on Thursday, July 11, 2019. Audience members may enter and leave at any time during the reading.

“Why read the Mueller Report at Arena Stage? As a theater focused on American plays and American stories, the Mueller Report is a far-reaching and intricate American story about D.C. and the people in it,” explains Artistic Director Molly Smith. “This is our city and so many of these events happened here. It’s a community service to read the report with a multiplicity of voices from the world of the arts and politics and everyday citizens. Many people have only heard the report in bits and pieces — this gives them the opportunity to read aloud without comment, listen and make up their own minds. This reading is, in many ways, a democratic act.”

The reading fittingly takes place in conjunction with the first performance of Ann, based on the life of legendary Texas Governor Ann Richards. Arena Stage is committed to promoting democracy and free speech with a bold artistic vision, clear mission and core values that reflect America’s diversity and challenges. Through the Power Plays initiative, Arena Stage focuses on Washington, D.C.’s unique theatrical voice on politics and power. These initiatives amplify Arena Stage’s role as a national center dedicated to American voices and artists, located in the heart of the nation’s capital.

“There is something really wonderful about reading aloud with a group of people, especially if that group is representative of our broader community,” shares Valentiner. “The Mueller Report can be quite dense and heavy at times, but there is a real clarity when it is read aloud with many different voices.”

The Washington, D.C. event is inspired by the success of the inaugural 24-hour reading, originally conceived by Director Jackson Gay (Arena’s Kleptocracy). Hosted in New York in June 2019, over 700 people attended, and up to 50,000 listeners streamed the reading of the Mueller Report.

Those interested in participating in the event as a volunteer reader can email reader@arenastage.org for more information or to sign up for a shift. This event is free and open to the public. RSVPs are encouraged by visiting here; however, walk-ups are welcome. The reading will also be live-streamed.

Jjana Valentiner is a Washington, D.C.-based actress, activist, teaching artist, improviser and makeup artist. Notable performances include Carolyn Mallonee in The City of Conversation at Arena Stage directed by Doug Hughes. Valentiner has also performed her one-woman show, Funeral Potatoes, as part of B-Fly Entertainment’s B-FLY BACKSTAGE series produced by Paige Hernandez. While in D.C., she has worked as an actress at various theatres including Arena Stage, Shakespeare Theatre Company, Folger Theatre, Kennedy Center, Round House Theatre, Studio Theatre, Imagination Stage, Rorschach Theatre, Constellation Theatre, Forum Theatre and The Hub Theatre, among others. She has performed professionally with various improv teams throughout the region and can currently be seen performing at the D.C. Improv. Valentiner’s activism includes delivering cupcakes to members of Congress for their efforts to preserve and defend democracy.

Arena Stage at the Mead Center for American Theater, under the leadership of Artistic Director Molly Smith and Executive Producer Edgar Dobie, is a national center dedicated to American voices and artists. Arena Stage produces plays of all that is passionate, profound, deep and dangerous in the American spirit and presents diverse and ground-breaking work from some of the best artists around the country. Arena Stage is committed to commissioning and developing new plays and impacts the lives of over 10,000 students annually through its work in community engagement. Now in its seventh decade, Arena Stage serves a diverse annual audience of more than 300,000. arenastage.org

Arena Stage’s reading of the complete Mueller Report, Part II will take place on July 11, 2019 from noon until 11:00 PM at Arena Stage – 1101 Sixth Street, SW, in Washington, DC. There is no charge to attend but you may RSVP here. Walk-ups are also welcome and there is no need to stay for the entire event.