Thoughts of a Colored Man is a poetic journey through the lives of seven Black men over the course of a day in Brooklyn, New York. Playwright Keenan Scott II has written, and Steve H. Broadnax III has directed a show that is both narrative and poetry, depressive and comic, without being preachy. In a play this outstanding, all races and sexes can relate to the emotions displayed on stage. 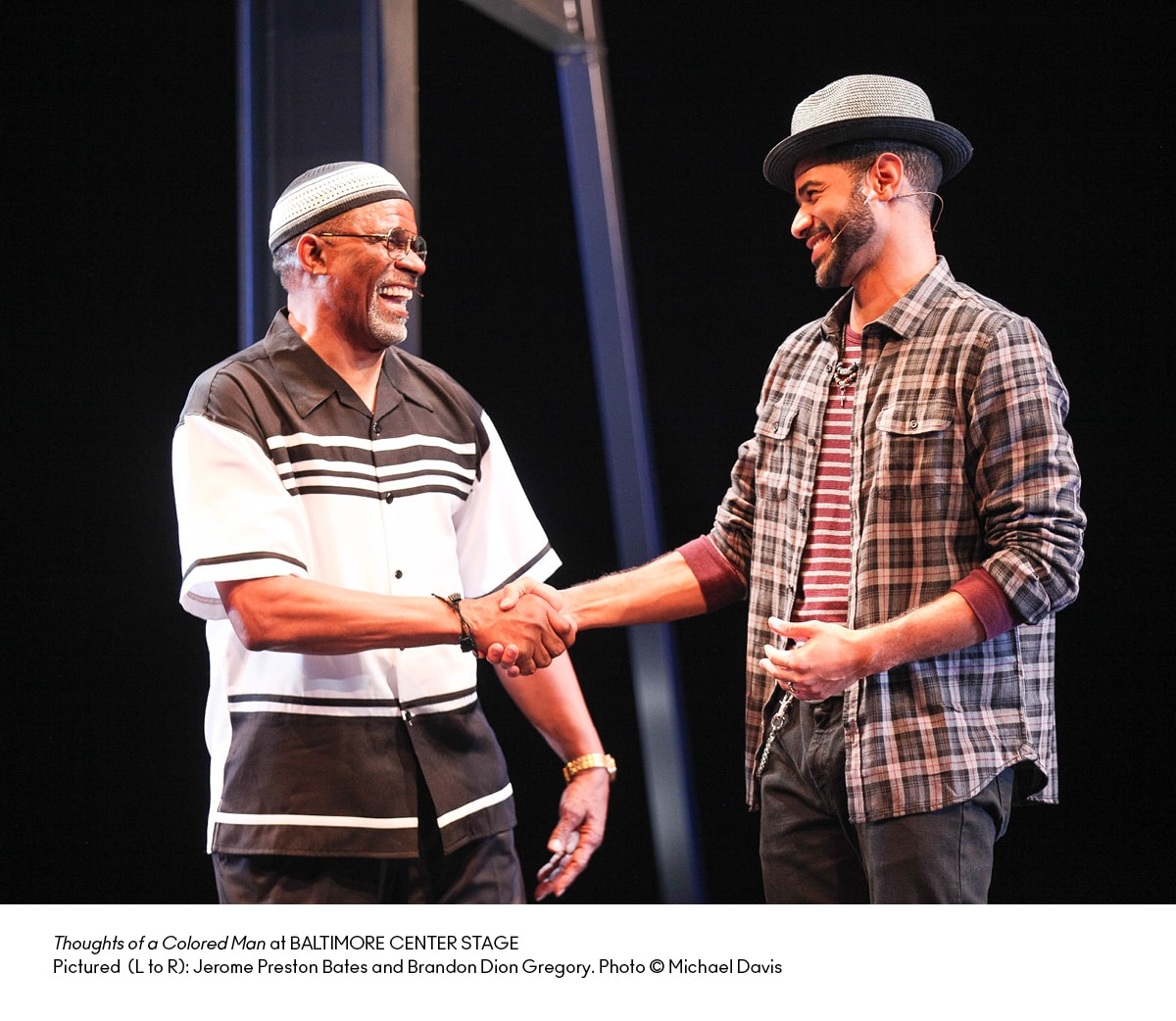 Thematically, Thoughts of a Colored Man wages battle against inaccurate and superficial images of Black men in America. As Broadnax wrote: “As a man of color, I know too well that these distorted images have the dangerous potential to limit our humanity.”

The characters in this play have allegorical names: Anger, Depression, Happiness, Love, Lust, Passion, and Wisdom. “I thought about the emotions that I go through, of feeling angry, lustful, depressed, and I realized these are not thoughts and emotions that are unique to me, but something that all human beings go through and feel.”

Many of the scenes start with narrative and evolve into poetic monologues, complete with asides to the audience. Reynaldo Piniella, who played Lust, and Ryan Jamaal Swain (a star of FX Network’s “POSE”), who played Love, portrayed contrasting styles of dealing with the opposite sex in their scenes. Piniella’s sexual zingers cut the air like a mischievous Cupid’s arrow. Swain’s love language was a poetic balm to Lust’s words.

The fatherly Jerome Preston Bates played Wisdom, a barber, with commanding stage presence, his voice an unforgettable baritone. Wisdom was the social glue among the characters. Bates’ rapport with the brilliant Brandon Dion Gregory’s Passion was amazing.

Happiness, the gay, corporate Brother, played by Jody Reynard, was the center of a barbershop discussion that touched on gentrification, Black economics, and sexuality. Reynard had a memorable monologue in which Happiness recounted the pressures of being gay and Black: “Can I just be myself?” 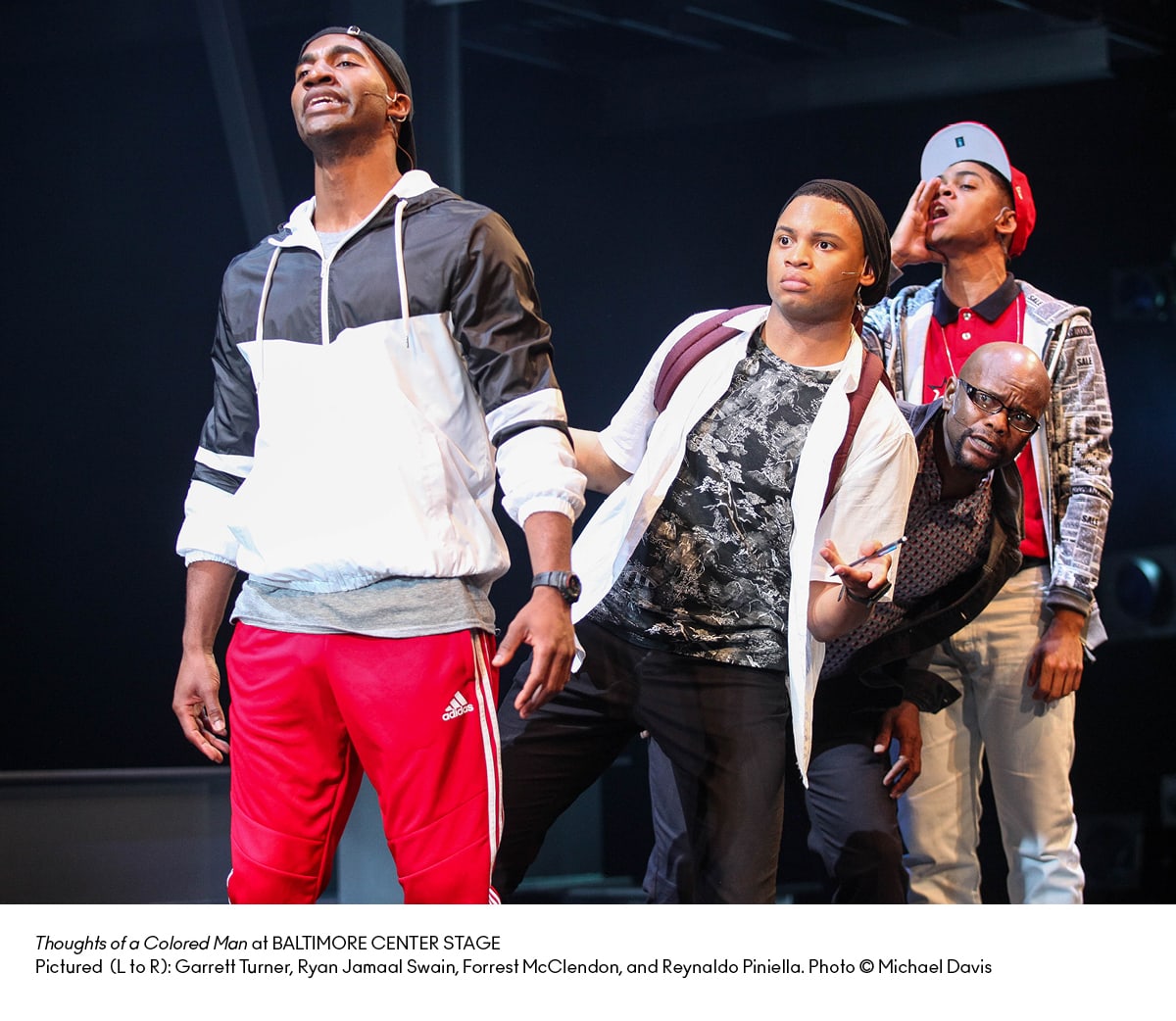 Garrett Turner’s Anger was a basketball coach who lamented the trials of the Black student-athlete. Anger spoke of being so talented on the court, that “gravity would cease”; he also spoke of his objectification: “Instead of hanging us, they hung jerseys.”

Forrest McClendon’s Depression, a Whole Foods grocer (complete with a costume provided by Co-Costume Designers Toni-Leslie James and Devario Simmons) was funniest in a scene in which he played a one-up game of we-were-so-poor jokes e.g. “[We used to] brush our teeth with baking soda!”

One of the characters in Thoughts of a Colored Man intoned: “Everybody wants to be Black, until it’s time to be Black.” Broadnax has directed a show that should make all people of all backgrounds see a small part of themselves.