Based on Sarah Silverman’s bestselling 2010 memoir of the same name, The Bedwetter, with book by Silverman and Joshua Harmon, music by the late Adam Schlesinger (who died of COVID-19 in 2020), lyrics by Schlesinger and Silverman, and David Yazbek serving as creative consultant, takes a potty-mouthed look at the traumas of her childhood through the eyes of her ten-year-old self. Filled with a barrage of off-color jokes, f-bombs, and gross imitations of how certain celebrities would sound passing gas, the world-premiere musical, playing a limited Off-Broadway engagement at Atlantic Theater Company, is, in the Emmy-winning comedian’s signature style, outrageously, and often offensively, funny. It’s also tug-at-your-heartstrings poignant and uplifting in its attitude that laughter is the best medicine – way better than Xanax.

When her parents’ acrimonious divorce precipitates a move to Bedford, New Hampshire circa 1980, the young Sarah has to adjust to a new school, being Jewish in a largely Gentile community, making friends with the mean girls, and her instantly popular pretty older sister renouncing her to the other students, in addition to dealing with her stay-in-bed mother’s severe depression (over the accidental death of her baby brother), her father’s intimate acquaintance with her classmates’ moms (all of whom shop at the discount clothing store he owns and operates), the heavy drinking of her grandmother (who taught the girl how to mix the perfect Manhattans for her), and the embarrassing secret of her nightly bedwetting. And those annoying New England accents.

It’s a lot to handle, and she does it pretty well, with her outgoing personality and precocious sense of humor, until her bladder-control problem (a trait she inherited from her father, along with his vulgar language and raunchy jokes) is inadvertently exposed, triggering her clinical depression and refusal to get out of bed (those picked up from her mother), extended absence from school, and ineffectual doctors’ visits, which only serve to worsen the situation. Not just for Sarah, but also for her offbeat doctors.

Directed by Anne Kauffman, the rapid-fire laughs recall the zingers of old-fashioned Borscht-Belt comedy and the style of TV sit-coms of the time (which her mother watches in bed) – though here with a decidedly R-rated content. The character-defining songs, with music direction by Henry Aronson, music supervision and coordination by Dean Sharenow, and orchestrations by David Chase, are equally hilarious, dirty, and reminiscent of the era, including the parodic commercial jingles her father performs to promote his business, dream sequences of Miss New Hampshire appearing to Sarah, and a segment of Xanax pills come to life, dancing to Byron Easley’s zany choreography.

A terrific cast of eleven delivers all the quirky laughs, snappy musical numbers (NB: there is no song list included in the musical’s Playbill), and serious underlying message of getting through it with time, talking to someone who cares, being yourself, and seeing the humor in life. The amazing Zoe Glick stars as Sarah and brings her powerhouse voice, perfect comic timing, and heartfelt empathy to the titular role in a blockbuster performance that prodigiously captures the distinctive personality, age-inappropriate language, and full range of emotions of her irresistible character. Her sometime-friends, sometimes-enemy classmates – Margot Weintraub as Amy, Charlotte Elizabeth Curtis as Ally, and Charlotte MacLeod as Abby – also impress with their flawless vocal harmonies and their command of the clique’s fickle attitude towards her.

Caissie Levy, playing the part of Sarah’s mother Beth Ann, has the most serious role and songs, as she suffers from debilitating depression and, while mourning the death of her infant son and doing constant battle with her ex-husband, fails the daughters she loves. By contrast, Darren Goldstein, as Sarah’s philandering foul-mouthed father Donald, is riotously indecorous in his speech and behavior, until both parents recognize the need to be there for their troubled daughter. Her teenage sister Laura, portrayed by Emily Zimmerman, also laments the change in Sarah and misses the joyful exuberance she brought to their home – even though she was appalled by her in school. And Bebe Neuwirth is sidesplitting as Nana (Sarah’s paternal grandmother), who drinks to excess and is completely oblivious to the unintentional damage she does with her tactless comments and inattentiveness.

Rounding out the excellent supporting cast are Ashley Blanchet as the preening Miss New Hampshire, Rick Crom as the bungling doctors (and a spot-on Johnny Carson), and the outstanding Ellyn Marie Marsh as Sarah’s stern and insulting teacher Mrs. Dembo, whose New England accent is totally overblown and uproarious (dialects by Kate Wilson).

A clumsy scenic design by Laura Jellinek and stock costumes by Kaye Voyce, with hair and wigs by Tom Watson, reference the period but add little to the overall quality of the show, while lighting by Japhy Weideman effectively conveys the characters’ mood shifts and dreams, and projections by Lucy Mackinnon and sound by Kai Harada enhance the story’s ebullient wit.

What’s so funny about childhood trauma? While there’s nothing inherently humorous about the embarrassment of bedwetting, bullying, clinical depression, marital infidelity, alcoholism, or death, the real target of the jokes is the ridiculous struggles people go through, the absurdity of human behavior, and the realization that “Nobody’s not fucked up.” Sarah Silverman faced it all, and not only survived her coming-of-age torment, but is now, in addition to being an award-winning comedian, an accomplished musical playwright with The Bedwetter. So just remember, kids, she got through it and so can you. 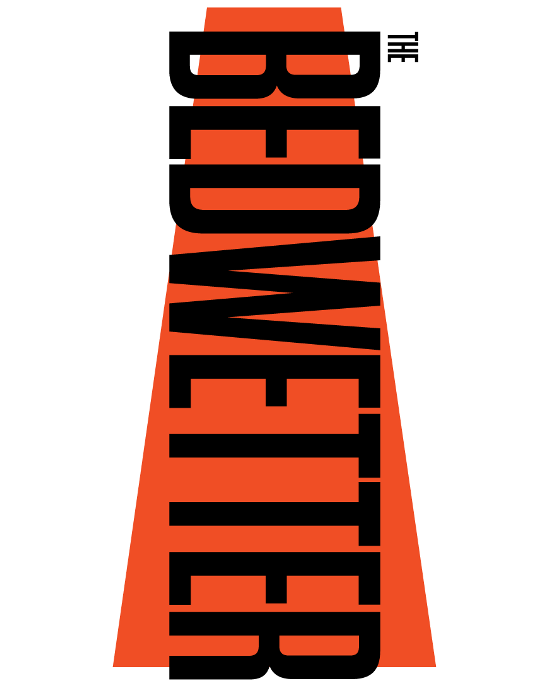