Jim McNeill’s new play, Green Machine, is a play of this moment. That it will have its world premiere at the 2022 Capital Fringe Festival is fortuitous.

Green Machine is an incisive examination of a changing Washington, DC — and, in particular, the fraying fabric of its neighborhoods under the pressures of gentrification.

McNeill’s window into this shifting landscape is DC’s embattled marijuana “gifting” industry — which has been under police scrutiny and legislative attack since it emerged in the mid-2010s. Indeed, it was almost shut down this April when the DC Council narrowly failed to pass a bill outlawing the industry.

Green Machine focuses on three unlikely partners in an underground weed shop. “I’m a hophead, not a stoner,” says McNeill about the origin of the play. “But even I noticed the ‘gifting’ shops that sprouted like weeds after DC (more or less) decriminalized marijuana in 2014. When one popped up near me, I felt there must be a play lurking in there, but I had no idea how to bring that subculture to the stage.” 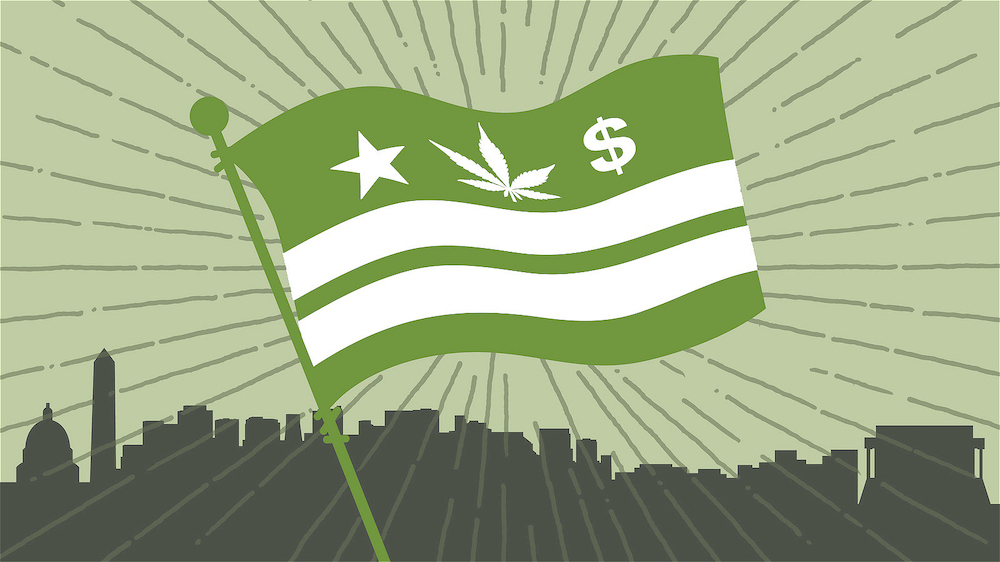 “It’s a play about a private, but progressive, day school in Berkeley. It pokes fun at lefty parents who pay tens of thousands of dollars to pull their kids from public schools and consider themselves Social Justice Warriors. But even as Eureka Day reveals the hypocrisy of those parents, it shows their decency as well. In that story of a little school, there’s an ambitious comedy of manners.”

McNeill saw that interplay of hypocrisy and decency in his own neighborhood: “Green Machine’s eponymous weed shop is in Mt. Pleasant, the DC community I’ve lived in for more than twenty years. When I first got here, Mt. Pleasant was that rare urban enclave where the population was truly diverse. Now that it, like the rest of the city, is filling with wealthy white people, I feel more and more like a parent in Eureka Day. My intentions may be good. But my actions? My inaction?

He says that Green Machine’s little weed shop is “a place where our community can wrestle with those questions, and I hope in a shambling stoner way, find a few answers.”

Larger arcs of conflict ripple through the play. “It really matters that the weed shop is in Mt. Pleasant,” says the playwright, “a neighborhood whose Black population has dropped from 36 percent to just 11 percent since 1990.” In one of the play’s pivotal scenes, a police officer recently transferred to Mt. Pleasant tells of a tragedy in the impoverished DC neighborhood where she’d last worked.

But in Green Machine, it’s family and friendships that are at the heart of the play. “It’s a story about the city that bubbles up from the messy reality of our characters’ lives,” observes McNeill. “Nothing is more messy than a dysfunctional family, and we’ve got that with Mike, one of the weed shop’s three partners. Mike is that spoiled yet eternally resentful son. How he’s hobbled, and enabled, by his family — his sister and nephew also appear in the play — have all sorts of repercussions for his partners.”

Friendships are part of the weave with the weed store’s two other partners, Corbin and Leon. “Corbin is an aging hippie who rails against gentrification while living in a $2 million home,” quips McNeill. “Leon is a Black realtor raised in Mt. Pleasant. He’s made his peace with the housing market, which drives Corbin just a little crazy. But they have a bond that goes back to Leon’s father, who helped Corbin in a time of need.”

McNeill aims to have his play dig below mere numbers into the fabric of the city itself. “Certainly, a look at the crime and income statistics in Mt. Pleasant suggests that our neighborhood is healthier than it’s ever been,” he says. “But Green Machine looks deeper, at the bonds between people, at the people who are no longer here, and asks how healthy we really are.” 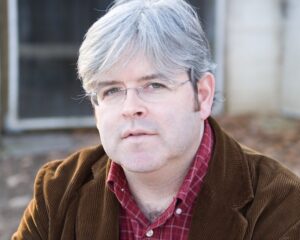 Richard Byrne is a playwright and journalist living in Washington, DC. His work has been produced locally by Taffety Punk and WSC Avant Bard — and his play An Evening with Lola Montez had its world premiere in the 2019 Capital Fringe Festival.