GALA Hispanic Theatre’s Producing Artistic Director and Co-Founder Hugo Medrano proudly announces an “Illuminating, Affirming & Hilarious” 2022-2023 season. “As we emerge from the pandemic, the ‘Big Lie’, and the increase in racial and gun violence,” states Mr. Medrano, “our 47th season provides a welcome respite to revel in stories that illuminate and affirm the human spirit with humor and laughter. From a classic zarzuela set in the 1960s during a period of social unrest, to a neighborly clash over a long-standing fence line that reveals racial, cultural, and generational differences, to a house full of hilarious ghostly characters trying to hold on to the past, to a musical revue celebrating the rhythmic beat and sounds of Afro-Peru, the new season will entertain, energize, and stimulate the senses as we face the world anew.

“We will continue,” adds Mr. Medrano, “to bring you the best of the Latino performing arts and introduce you to outstanding Latinx artists throughout the year. The season will also bring an expanded Fuego Flamenco Festival, innovative productions for children, and our popular GALA Film Fest.” 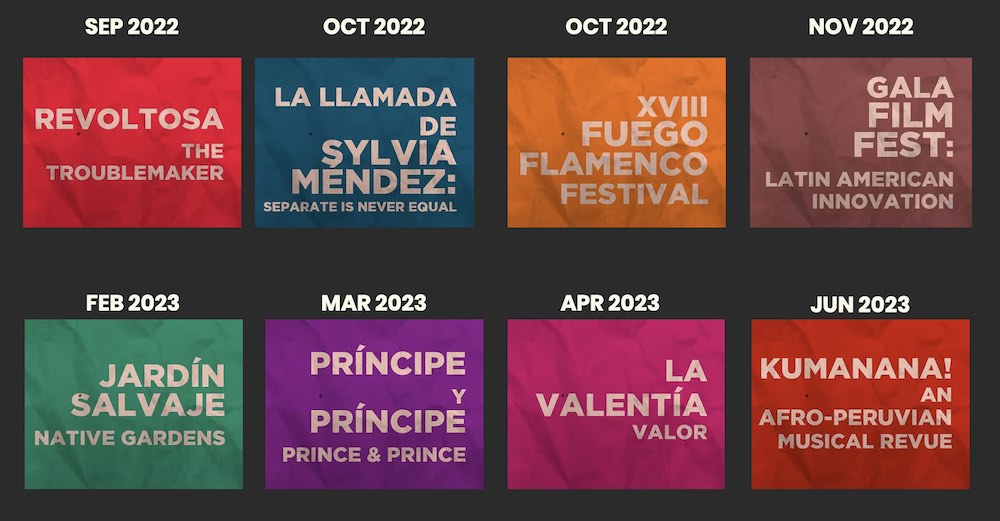 Revoltosa is at its heart a simple love story about men and women, two different perspectives on the world, married couples who stop loving each other, and young lovers exploring their first flirtation. Brimming with secret jealousies and desires, the zarzuela Revoltosa is so popular, so Spanish… and yet so universal. With its unforgettable music, hearts will burst in joyful celebration.

GALA is proud to present the world premiere in Spanish of Native Gardens, a timely and brilliant comedy by Karen Zacarías. In a northwest DC neighborhood, two families – one a young Latino couple new to the neighborhood, the other a pair of older conservatives – clash over a garden dispute that soon turns into much more. This new interpretation of the play places the cultural and generational conflict in the context of the Latinx community, creating an experience that is equally enlightening and entertaining.

Alfredo Sanzol, a playwright with an “infallible sense for connecting with the audience” (El País), expertly constructs a tale brimming with family feuds and supernatural secrets in La Valentía. This rollicking comedy finds sisters Trini and Guarda battling over whether to sell their beloved family summer home that sits next to a bustling highway. With each increasingly absurd tactic they use to get their way, the sisters encounter mysterious visitors who provide hilarious twists and turns.

GALA celebrates the legacy of the Santa Cruz siblings in this captivating musical revue that features their own original music and writing. As poets, musicians, dancers, choreographers, and historians, Victoria and Nicomedes Santa Cruz led the resurgence of Afro-Peruvian arts in the 1960s. Their efforts to restage and reconstruct forgotten genres of Afro-Peruvian cultural history in Lima’s most prestigious theaters provided powerful resistance to their marginalization at a crucial moment in history. Directed by GALA’s Founding Artistic Director, Hugo Medrano, and featuring Vicky Leyva, the region’s foremost Afro-Peruvian singer and human rights leader, Kumanana shines a spotlight on the wealth of artistry from the Afro-Peruvian community.

GALA Film Fest: Latin American Innovation
Titles TBA
November 30 – December 4, 2022
All films in Spanish with English subtitles
This year’s festival will feature six contemporary films by emerging directors and a classic from the Mexican Golden Age. Join GALA for exclusive talkbacks with producers, artists, directors, and experts, and receptions after the screenings.

LA LLAMADA DE SYLVIA MÉNDEZ: Separate Is Never Equal
By Cornelia Cody
Directed by Elena Velasco
October 15 – 24, 2022
Can an eight-year-old girl make a difference? Learn how at that age Sylvia Mendez became the face of the landmark case to desegregate California schools to Latinx children in the 1940s and inspired people of all ages to fight for change. La llamada de Sylvia Méndez mixes powerful poetry, charming music, and a moving story in a testament to integrity, inclusion, and friendship.

LA FIESTA DE LOS REYES MAGOS – Three Kings Day
January 8, 2023
Join us for our annual Three Kings Day Celebration! This festive end to the holiday season will feature the timeless story of the Magi, performances by local musicians and dance troupes, a street parade, and free gifts for children.

PRÍNCIPE Y PRÍNCIPE – Prince & Prince
By Perla Szuchmacher
Directed by Eric Schwartz
March 11 – 24, 2023
Based on the children’s book King and King by Linda Haan and Stern, Príncipe y Príncipe captures the charm of fairy tales at their finest. When a Queen calls together all the unmarried princesses in the land to meet her son, he must discover which will be his true love. But it may not be a princess he’s searching for…A funny, sweet, and heartwarming celebration of love in all forms.

PASO NUEVO YOUTH PROGRAM
Under the direction of artist Francisca Tapia, GALA’s FREE after-school youth program offers bilingual training in drama, movement, writing, and technical theater to youth ages 14 to 19. Students create new, original works and perform for the public in the Fall, Spring, and Summer. The Fall showcase will be Thursday, December 15, 2022 at 7 pm and the Spring showcase will be Thursday, May 25, 2023 at 7 PM. Paso Nuevo is the winner of the 2012 National Arts and Humanities Youth Arts Program Award. 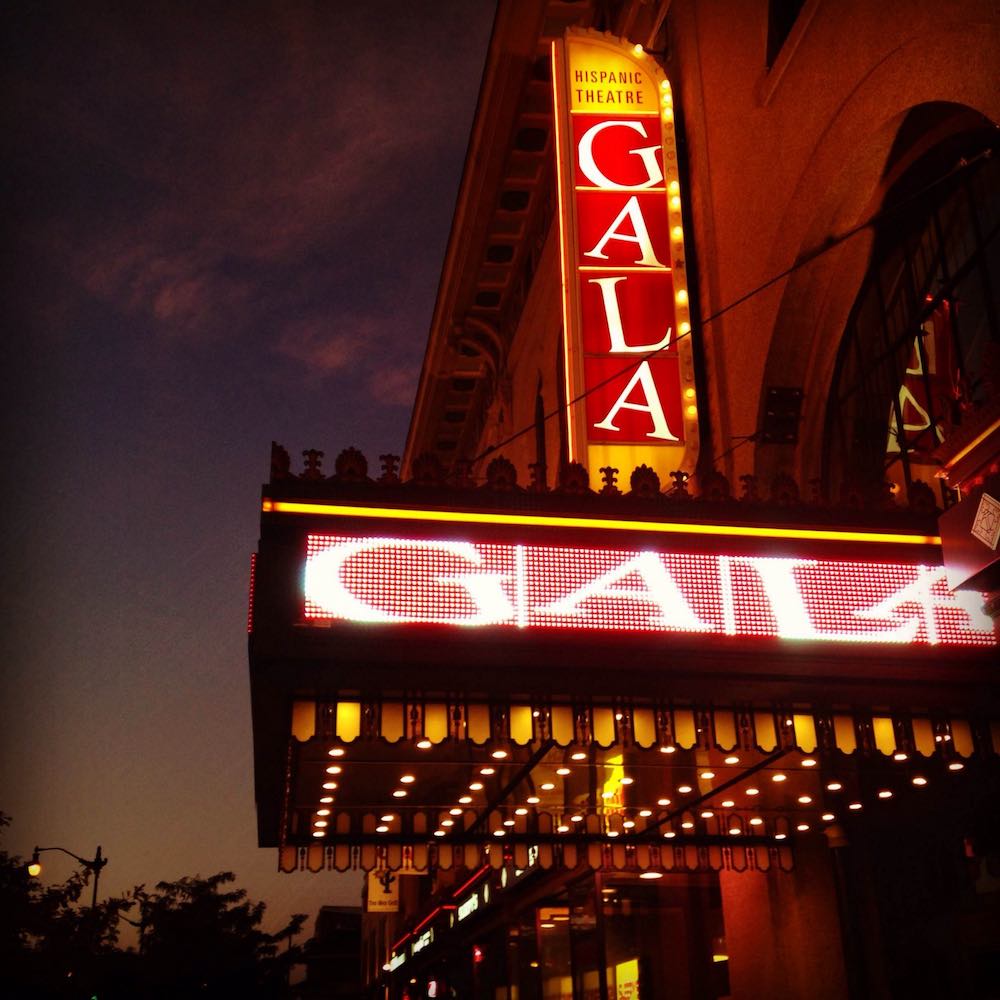 SCHEDULE: Main stage season productions are performed at GALA Hispanic Theatre, 3333 14th Street NW, Washington, DC, Thursdays through Saturdays at 8 pm, and Sundays at 2 pm. For other performance times, visit www.galatheatre.org or call (202) 234-7174. All schedules are subject to change.

TICKETS: Single tickets to main stage productions and Flamenco shows are $48; tickets for military, seniors (65+), teachers, and student 25+ are $35; tickets for students Under 25 are $25; and tickets for groups of 10 or more people are $35 each. Tickets for the Fall and Spring public performances of GALita are $10 for children and $12 for adults. To purchase tickets, visit www.galatheatre.org or call (202) 234-7174.